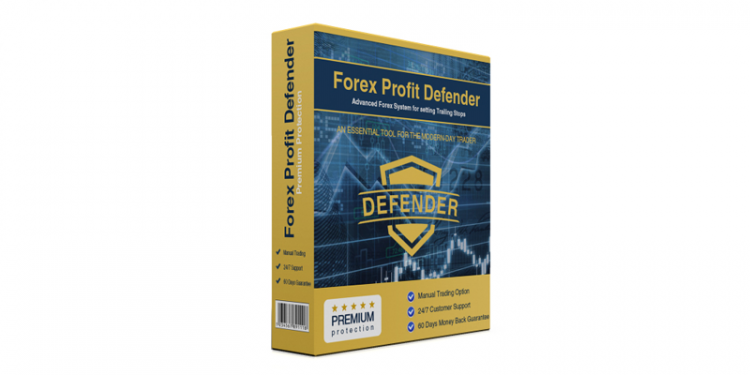 What’s the reason to use Forex Profit Defender at the main account?

Today’s robot is Forex Profit Defender that has been developed by Automated Forex Tools. This EA is “is an advanced forex system for setting Trailing Stops to any open trade/position.” The robot also has got a feature that allows traders to trade manually.

It has three trailing stop algorithms:

When a trade is in X pips profit to set a stop loss Y pips from the open price. This way even the price to reverse the trade will be closed with Y pips profit. The main idea behind the simple trailing stop is “When the Simple Trailing Stop is enabled in Forex Profit Defender settings the robot watches all open trades and when the current profit of one of the trades is greater than X pips the robot sets Y pips trailing stop loss. The idea is to guarantee at list Y pips profit for the trade, in case that the price reverses.” Z pips numbers we’ll get if the trade goes in the right direction.

As well, the robot is enhanced by a signals system.

It provides traders with an opportunity to trade manually following signals.

The robot costs $41 with -$28 OFF. Paying the price, we’ll receive one real two demo accounts, support, updates, and a 60-day money-back guarantee. As usual, Forex Profit Defender also is available for trying it at two demo accounts.

Forex Profit Defender cab be useful at the main account of yours for some reason. The first one is that you can trade manually, the rest manages by the EA. The second is that the robot can provides trailing algorithms for every robot at the account. The robot was enhanced by a broker, high slippage, and high spread protection. The offer is cheap as usual. You can try a robot for free or buy it for $41.

5 Reasons Why You Should Trade News with EAs