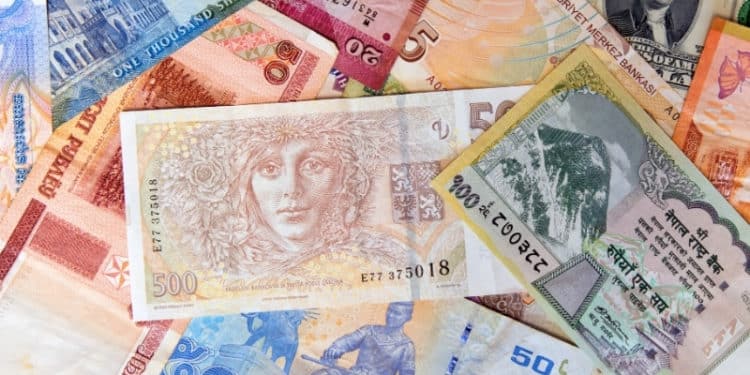 Broadly, there are three main types of currency pairs in forex trading: majors, minors, and exotics. Majors, the most popular of the three, are currencies of major economies that are paired with the US dollar like the EUR/USD and USD/JPY.

There are three things you need to know about when looking at exotic currencies. First, unlike most majors and miners, many online brokers don’t provide exotic pairs.

Second, trading exotics is often riskier because of the limited amount of economic data available. For instance, while it is easier to find credible data from the US and Europe, some countries like Thailand and Hungary are often tough.

Finally, at times, trading forex exotics usually comes with increased slippage because of the lower liquidity. This simply means that your order can be executed at a different price than what you expected because it takes longer to fill some of these orders.

The euro and Turkish lira are among the most popular forex exotics in the market. That’s because, in recent years, the Turkish lira has been relatively volatile, which is a good thing for traders. This year, the pair has soared by more than 40%, becoming one of the best-performing pairs. In the same period, the USD/TRY and GBP/TRY have gained by 31% and 35%, respectively.

There are several reasons why the EUR/TRY is a top exotic currency pair to trade in in 2021. First, the Turkish lira has recently become volatile because of the unconventional monetary policy by the country’s Central Bank.

Second, it is unclear how much tightening the new CBRT governor will be willing to do and how Erdogan will react. Third, while the EUR/TRY has declined by almost 8% in the past month, there are uncertainties about whether the pair will continue falling.

At the same time, there are uncertainties about how western countries will deal with Erdogan. Will Europe and the US impose new tariffs on Turkey? Also, will the country’s economic recovery continue?

All these factors make the EUR/TRY a top exotic pair to trade in 2021.

The South African rand has been one of the most active currencies in the past few months. The currency has gained by more than 10% against the pound, euro, and the dollar from its April lows because of the overall risk-on sentiment in the market.

The GBP/ZAR will be an important currency pair to trade in in the coming year. As the Covid-19 pandemic potentially comes to an end, investors will start thinking about sovereign debt. Two weeks ago, Moody’s and Fitch decided to push South Africa’s bond rating deep into the junk territory.

While the S&P Global affirmed, its outlook for the economy remains weak. As such, there will possibly be significant issues with the rising public debt in the country.

The UK will be under intense pressure too. Its sovereign debt has ballooned to more than 100% of GDP, and the situation will likely get worse as Brexit becomes a reality. The political climate will continue rising as Tories start rising against Boris Johnson.

Meanwhile, there are still signs that the Bank of England will implement negative rates in the near term. Further, like the EUR/TRY pair, there are questions about how long the strength of the South African rand will continue.

The USD/MXN has fallen by more than 22% from its peak of 25.25 in April. The strength of the Mexican peso has been mostly because of the high crude oil prices, the weaker US dollar, and the possibility of a better US-Mexico relationship.

In general, the dollar index has dropped by more than 10% from its April highs because of the overall shift to ‘riskier’ currencies. At the same time, the price of crude oil has jumped by almost 200%, which is usually a positive thing for the Mexican peso and other oil currencies.

The USD/MXN pair will be an excellent pair to trade because of the several moving parts we will be watching. This includes the Mexican economic recovery progress, the movement in crude oil prices, and actions by both the Fed and the Mexican central bank.

The Singapore dollar has been on a strong upward trend against the US dollar. Like the USD/MXN pair, this decline has been mostly because of the market risk-on sentiment. There’s more. The currency has gained because of the strong situation of the Singapore economy because of strong external demand.

Most importantly, the recently-passed national security law in Hong Kong has pushed more companies to the city. This has led to strong demand for the Singapore dollar. Additionally, the recent election in the country has boosted sentiment among investors about the stability of the Singapore economy.

In 2021, the USD/SGD exotic pair will be closely watched because of the recent trends. For example, will the country really benefit from the ongoing tensions in Hong Kong? Will the Covid vaccine lead to a return of tourists to the country? What about the USD? Will it continue the current weakness? What about the Fed and fiscal stimulus?

Like most emerging market currencies, the Brazilian real has soared against the dollar. Since April, it has risen by more than 12% against the US dollar, euro, and sterling. The currency has also been supported by high commodity prices.

The price of soybeans has risen to the highest level in years. Coffee, crude oil, and iron ore have also rallied in the past few months. However, the pair has also been relatively volatile because of the political situation in the country.

In 2021, the USD/BRL price will be watched because of the recent surge in the country’s public debt, trends in commodity prices, and the overall political situation in the country ahead of the 2022 election.

Five Ways To Trade In The Zone

Avoid Over-Trading with These Four Steps