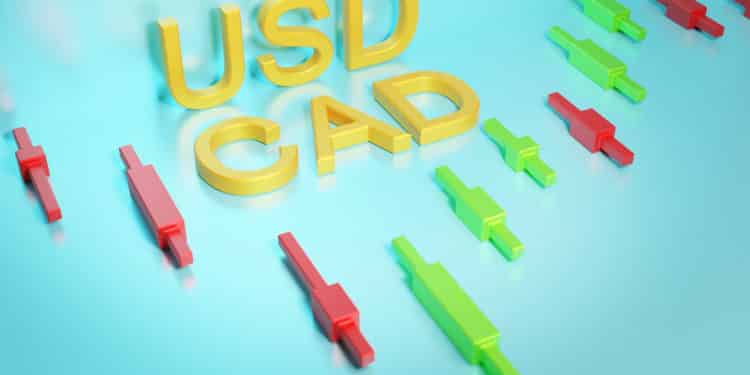 In 2006, the Royal Canadian Mint trademarked a seemingly peculiar term, ‘Loonie,’ essentially securing exclusive rights. The Loonie is the name of the Canadian dollar coin, named as such because of the loon (bird) ingrained on the reverse side.

The term refers to not only the Canadian dollar but also the USDCAD exchange rate. This market is one of the most liquid currency instruments and forms part of the major pairs.

Thanks to the sheer economies underpinning both the United States and Canada, this market is usually one of the best-performing in forex. Both countries have immense trade relationships.

Studies from 2019 show three-quarters of Canada’s exports were to the United States. Moreover, these countries offer some of the highest living standards. The exchange rate of USDCAD informs traders how many Canadian dollars they need to purchase one US dollar.

With the current price of 1.26, this means you require CAD $1.26 to buy one US dollar. Like most currency pairs, particular drivers influence USDCAD’s exchange rate. This article will essentially detail what moves the Loonie.

The US dollar is only marginally stronger than CAD. There are two defining periods where the Loonie fell sharply against its counterpart; the 2008 financial crisis and the decline in the oil markets, which lasted between 2014-2015.

Of course, USDCAD has recovered since. The monthly chart below shows how competitive the two economies are, as we can see a few bull and bear markets.

One of the unique factors about USDCAD is its relationship with oil since Canada is one of the world’s largest exporters of this commodity. While the nation is also a meaningful producer of wood, minerals, grains, and petroleum, oil is still the most significant.

Experts even refer to this market as a ‘commodity pair’ due to Canada’s reliance on commodities. It is one of the reasons why this market is usually the most or second-most (after GBPUSD) volatile major pair.

With tremendous volatility comes the possibility of big moves. It’s not uncommon for this pair to move several hundreds of pips in predominantly one direction within a few weeks or months.

However, the movements are relatively stable instead of being erratic, unlike some less-traded markets. As a highly liquid pair, you can expect lightning-quick execution with USDCAD, making it easy to get in and out regardless of whether you scalp the markets or buy and hold.

As recently noted, Canada is a significant oil producer with millions of barrels exported to the United States and other countries. History has shown USDCAD shares an inverse correlation to crude oil.

This means if the price of oil increases, the Loonie is likely to fall. Such behavior would make the Canadian dollar (the quote currency) more valuable as more oil transactions would be CAD-based, consequently making the US dollar (the base currency) less valuable.

Conversely, when oil prices decrease, USDCAD tends to go up for the opposite reasons. Ultimately, if you’re trading this pair, paying attention to oil is highly beneficial since it can provide a heads-up on the Loonie’s price movements.

The monetary policies of any nation drastically affect the supply and demand of any currency, with interest rates being one of the most influential. The Federal Reserve and Bank of Canada are the central banks for the United States and Canada, respectively.

These groups have somewhat predictable behavior since they can only hike, cut, or maintain the rates. Both central banks presently have a 0.25% interest, which has been the case for several years.

However, news reports for interest rates are followed with keen interest from traders and can significantly affect prices. When a central bank administers a higher interest rate than previously, it generally makes the currency more in-demand.

Greater rates increase foreign investment and the extent of saving, which amplify the money supply. Conversely, if a central bank fosters a rate cut, the currency is likely to be less valuable since there is less demand for international investment and less incentive to save money.

If the Bank of Canada were to hike its interest rate, USDCAD would have a high chance of decreasing in price; the opposite is true. Should the Fed decide to hike their rates, USDCAD would probably increase, and vice versa.

Overall, analysts examine the relationship between the two indicators and see which country has a more significant figure.

The CPI is an index denoting a weighted average percentage of consumer prices in various goods and services. Put simply, the CPI tells analysts whether a country’s citizens are affording higher prices or not every month.

The Consumer Price Index is the main barometer in measuring inflation within an economy. CPI reports are considered as high-impact and hence are closely followed by market participants.

This indicator can influence price over several days or weeks. A higher CPI is positive for the currency as it means more spending is occurring, higher demand, people have more money to spend, etc.

Conversely, a lower CPI is negative for the opposite reasons. If the United States’ CPI reading is higher than the previous or expected figure, USDCAD would be anticipated to increase, and vice versa.

The same logic applies when new CPI data for Canada is made public.

The DXY is another mover of USDCAD and USD-based pairs generally. This is because the index is a measurement of the exchange rates of a basket of primarily major currencies, namely EUR (euro), GBP (British pound), CHF (Swiss franc), JPY (Japanese yen), SEK (Swedish krona), and, of course, the Canadian dollar.

Although CAD only makes up roughly 10% of the index, it’s worthwhile paying attention to DXY’s price action. This instrument shares a positive correlation with the Loonie, meaning if it’s trending upwards, USDCAD will probably follow suit and vice versa.

The DXY itself is fundamentally driven by factors like the US economy’s interest rates and inflation numbers, and it’s a more practical way to predict future movements on major pairs like USDCAD.

If you’re interested in the oil market but cannot afford the large contract sizes, the Loonie can provide a worthy alternative offering you the same exposure.

As a commodity pair, USDCAD is more volatile than other USD-based markets in forex. Although this quality is crucial in maximizing your gains, you need to be even more cautious when dealing with this market by applying proper risk management. 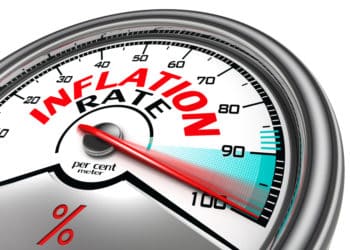