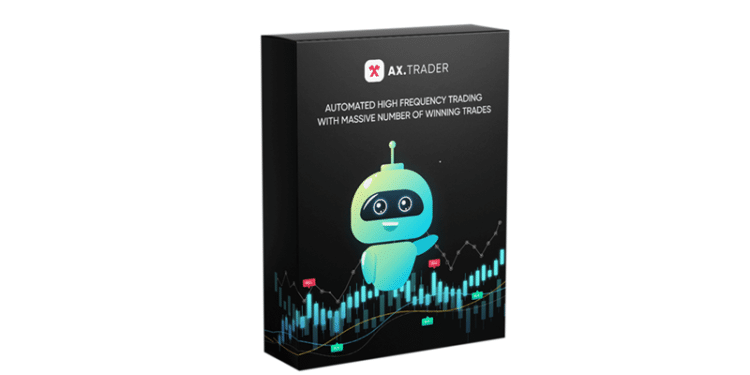 AX Trader is a Forex-related trading solution that was released under a LeapFX brand on their sites like the last and the newest advisor. The main statement is “Get This Powerful NEW High Frequent Trading Currency Robot That Can Hand You Up To 39% Profit Per Month AUTOMATICALLY.” We are going to figure out what from this is true.

It’s hard to tell, but we have never suggested someone work with risky strategies. So, the decision is up to you.

How to start trading with AX Trader

The presentation doesn’t include much information about the system we look at. It’s usual for LeapFX’s presentations:

The offer looks commonly for an offer on the LeapFX site. The 12-month subscription costs $297. The lifetime license costs $497. The package is featured by the advisor itself, free updates, full customer support, best recommendations. We can rely on a 30-day money-back guarantee. So, typical. There’s no miracle.

The presentation doesn’t include a backtest report, but it has a picture of the report. It sounds like Jack Sparrow’s monologue from Pirates of the Caribbean. It’s unprofessional not to show the final table.

The system has been running a real USD account on the Blaze Markets broker. It’s a rare broker pick. The robot trades automatically with 1:200 leverage. The platform is MetaTrader 4. The account has a verified track record. So, the data should be relevant. The account was created on April 01, 2021, and deposited at $5,000. Since then, the absolute gain has become 135.99%. An average monthly gain is 32.98%. The maximum drawdown is risky – 67.99%. The account is tracked by eleven people.

The system executes deals on six cross pairs. The most active trading occurred on GBPUSD (1399 deals). It’s the most profitable currency pair as well  – $1679. 35.

The system works during all high volatile sessions and hours, skipping before and past midnight hours.

It trades almost equally during a week.

The robot focuses on cutting 5-5.5 pips profits from the market.

As we may note, the start is profitable so far, but the system is young to say something for sure.

AX Trader and The Fund Trader are introduced as the most ultimate and well-designed trading solutions published on LeapFX website.

LeapFX runs a page on Forex Peace Army for all its products. There have been 14 reviews since the beginning that formed a 2.944 out of 5 star rate.

AX Trader wasn’t mentioned in comments because it’s a just-released trading advisor. So, people could not manage to figure out if it worked well or not.

AX Trader is the last published and all-new robot that was released under the LeapFX label. The system has been working on the real account for almost three months. It has some risky strategies on the board that many would like to avoid.