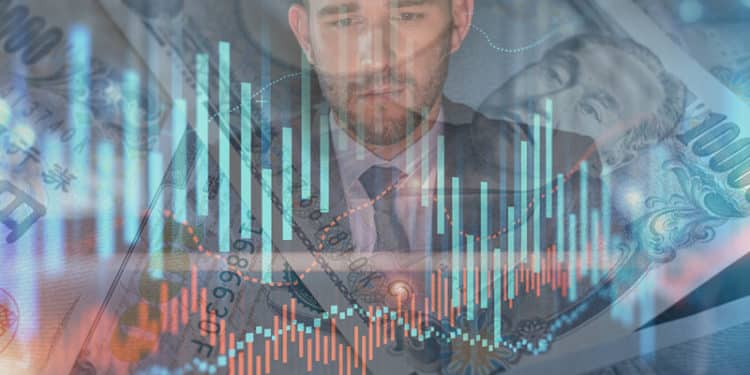 The Japanese yen is one of the most popular currencies globally because of the position of the country’s economy. Japan is the third biggest economy globally and is a major exporter of products like cars and other machinery.

Some of its biggest trading partners are China, South Korea, the United States, and the European Union. In this article, we will assess some of the top characteristics of the Japanese yen and the top strategies to trade the USDJPY pair.

Characteristics of the Japanese yen

It is important for you to understand some of the key characteristics of the Japanese economy and its currency to trade the Japanese yen well.

First, the Japanese yen is often seen as a safe-haven currency because of the stability of the country’s economy. Also, Japan has vast investments abroad, especially in the United States, where it is the biggest holder of its debt.

Second, Japan does a lot of business with the US. According to the US Trade Representative, Japan is the fourth biggest trading partner of the US. The two countries do trade worth over $165 billion every year, with the US having a trade deficit of over $55 billion.

Third, Japan is the biggest holder of US debt. According to the Treasury Department, the country holds about $1.3 trillion of US debt. It is followed by China, the United Kingdom, Luxemburg, and Switzerland.

The chart above shows that the overall inflation in Japan has been lower than in most countries.

What moves the USDJPY pair?

There are several factors that move the USDJPY pair. First, there are actions by the Federal Reserve and the Bank of Japan (BOJ). The two are the biggest central banks in the world in terms of assets. The Fed has over $9 trillion in assets, while the Bank of Japan has assets worth over $8 trillion. Indeed, BOJ’s assets are bigger than the overall GDP of the country.

In the past few years, the BOJ has maintained a dovish sentiment and has slashed interest rates to the negative zone. It is also implementing a large quantitative easing policy that has added trillions to its balance sheet. The chart below shows that the USDJPY pair soared as the BOJ embraced a more dovish tone.

Like other currency pairs, the USDJPY moves because of economic data like manufacturing production, jobs, inflation, and retail sales. In most cases, the most important movers of the currency pair are usually data from the United States.

Further, the pair tends to react to the latest news events from Japan, the US, and other events of global significance. Some of this news is about geopolitical events like wars and conflicts.

Carry trade is a trading approach that lets traders benefit from the interest rate spread between countries. It works well in the pair because of the wide gap between interest rates in the US and Japan. Japan has left rates in the negative zone for a long time, while the Federal Reserve has committed to delivering at least 6 rate hikes in 2022.

Therefore, it makes sense for traders to borrow the Japanese yen, which has a lower yield, and then invest in the better-yielding US dollar. Carry trade is a strategy mostly used by large hedge funds that have a long-term horizon.

Scalping is a relatively common trading strategy in the forex market. It involves using extremely short-term charts and opening multiple trades per hour. The goal is to make small profits several times per day.

Traders use a number of approaches when using the scalping style. For example, some use technical indicators like the Volume Weighted Moving Average (VWAP). This is a popular tool that works well in the short-term timeframe.

For example, when the USDJPY pair crosses the VWAP indicator when rising, it is a sign that bulls are taking over, as shown below. The indicator is also a good tool to identify support and resistance levels.

Another scalping strategy is using chart patterns like triangles and head and shoulders while other traders use candlestick patterns like harami, bullish and bearish engulfing, and morning and evening star.

Meanwhile, traders also use a strategy known as trend-following. It is an approach where traders buy and hold assets that are rising and then sell those whose price is rising. The goal is to identify the USDJPY and then buy it when its price is moving upwards. After doing this, traders hold the pair until signs of a reversal emerge.

One way of identifying when a reversal is about to happen is when two Moving Averages make a crossover. A good example is shown in the chart above.

Another approach to trading the USDJPY is known as algorithmic trading. This is the approach where a trader uses robots or expert advisors to trade. These tools are designed using a combination of software programming and trading concepts. You can build the robot yourself or buy one that is already created.

A rule to remember is to always backtest the algorithm. This is a process where you run the platform through a series of tests using historical data to test its performance over time. Robots are good because they can trade for longer hours than humans.

The USDJPY pair is a popular currency pair that is offered by most brokers. As a forex major, it has thin spreads, which makes it highly affordable. Some of the other trading strategies involve harmonic patterns and pairs trading.