How exits make you or break you in forex 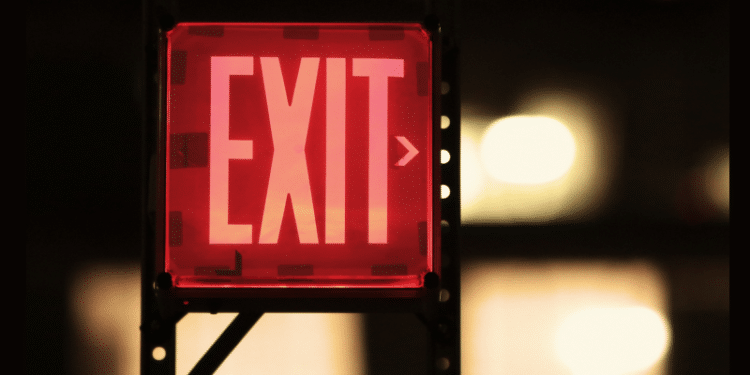 Novice and even the most experienced traders put a lot of energy into their trade entries. Afterward, they may tend to just erroneously believe that their positions will travel to their desired targets. Their belief of exiting said positions is one of the lures of profits rather than the risk of losing. No matter how much confidence we have over a trade idea, the probability of a loss never goes away. This realization is the main reason why exit tactics continue to be overlooked by the majority of traders. Most account blow-ups usually occur due to traders not exiting their positions correctly.

Purely from a risk perspective (excluding profit targets), there are only three exits that a successful trader should get on every trade – a predetermined loss, breakeven or partial profit. The latter two lie somewhat in the grey area of trading, but they are essential concepts to consider, which tend to be under-appreciated. Unfortunately, not all trades have a binary outcome of either a straight loss or a straight profit. If this were the case, trading would be a lot simpler.

You put on a trade with a 20 pip stop with the expectation of a profit at 100 pips. Assuming the market has not reached the stop loss after a considerable amount of time, your floating P&L reflects a profit at 30 pips. What would you do in this scenario? Move your stop to breakeven? Hold the position for longer without moving the stop at all? If the market were not to travel any further and come back to your stop, would you want to lose on a position that you could have exited without a loss? This is the reason why constantly thinking of exits is so important.

Methods to exit the market gracefully

Arguably, the number one exit strategy is a stop loss as it’s the most hands-off approach to manage risk. The stop loss covers not just a predetermined loss, but also concerning locking in a profit. The location of where to place a stop loss in forex cannot be defined in one fashion since it depends on many different factors. However, the underlying thread of a stop loss should be at a price level where the trader firmly believes to be the invalidation point of the trade, the point at which they are definitively wrong. The most challenging part is accepting you’re wrong by not meddling with the stops or even removing them completely, which would expose your entire account to a potentially massive loss or a margin call.

Once a trader has clearly defined where they are undoubtedly wrong on a position, they can then progress to the other ways to use the stop loss. The exit strategies here should cover scenarios for a breakeven, small/partial profit, and take profit levels.

Breakeven: A trader could decide a specific time where they may think about moving their stop to breakeven. This action is fruitful if the trade has moved a decent enough distance from the entry while acknowledging how far the market may still correct itself. In other words, you cannot breakeven too quickly since you wouldn’t be allowing the market time to develop. Even though you could prevent a loss at certain times, though at other times, you may be exiting too early from what would have been a profitable trade in the end. The main point of a ‘zero’ position is where you have not lost on a position, but then where it would be pointless to stay for too long at the risk of the market going against you.

Partial profits: Common tools in this scenario include placing your stop at particular Fib retracements as the market moves in your favor, putting your stop above/below specific highs/lows, using the automatic trailing stop available with most trading platforms, etc.

Take profit targets: Depending on a wide range of factors, this could include psychological levels, support and resistance levels, supply and demand zones, etc. These may be some of the areas where a trader would look to exit a profitable position.

The main aspects that determine the best methods for an exit strategy boil down to a trader’s strategy and their patient levels in holding trades. More short-term traders should aim to exit their trades quicker by the very nature that they do not hold their positions for very long. They have purposefully limited their exposure to the markets in this way. More long-term traders have to exit at a significantly later stage, though their methods are much more nuanced. Because they typically hold their trades for much longer, they have to use discretion to exiting with as much profit as possible if they don’t come out with a loss.

Not all trades can achieve the desired profit target, and this thought process should always be in one’s mind. Discretion takes lots of experience and skill. The trader has to determine an achievable profit target on the charts that isn’t unreasonably far away (unless they plan to hold their trades for quite some time). In the same breath, they need to possess the mental fortitude to accept the market may not reach that target and plan where it makes sense to exit with some profit. It is better to exit a trade with some profit rather than waiting for the market to come back to your entry (or even beyond) since you were hoping it would reach your targets.

This aspect of trading is a very grey area, and discretion plays a huge role here. Even after a trade is on, we have to accept that market sentiment can shift at any minute, which means we have to be prepared.

A trader who thinks about the potential outcomes of how they’ll exit a trade is thinking about risk first before anything else. This approach is what will either make or break a trader’s success. Therefore, we have to prepare long before the trade to determine where we’re getting out and to not deviate whatsoever from those plans.

“In-Play Forex” Or Trading Those Living Their Own Life

Want to win BIG in forex?