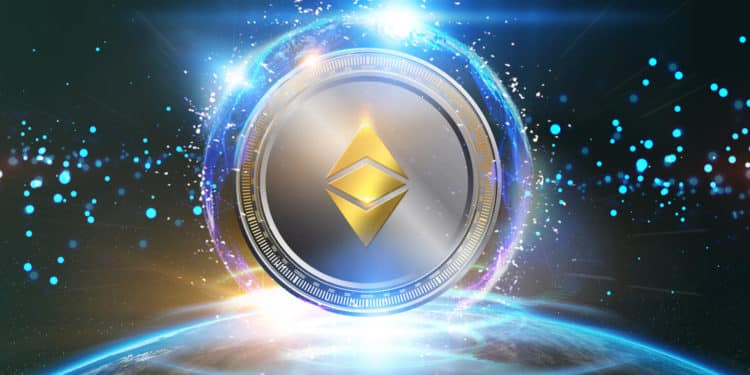 Ethereum was the second cryptocurrency to launch. However, it was the first blockchain to bring with it smart contract functionality and compatibility with NFTs and dApps. This attracted developers of these programs aplenty, so much so that the network soon started facing congestion issues. Since it is based on the proof of work (PoW) consensus mechanism, this meant that any users who wanted miners to prioritize their transactions in new blocks mined needed to pay high transaction fees. To resolve this, Ethereum is set to release Ethereum 2.0 in 2022, which will see them switch from proof of work to proof of stake (PoS).

The proof of work consensus mechanism that the Ethereum blockchain currently runs on has been criticized for its large energy consumption. What’s more, this mechanism also hinders the network’s scalability, owing to its slow speed of validating transactions and, consequently, high gas fees.

Despite these shortcomings, Ethereum still plays host to around 80% of all NFTs in existence. It also takes the lion’s share of dApps and DeFi applications. Several blockchains came up with faster transaction speeds, running the more efficient PoS, and as a result, significantly reducing the transaction fees they charge. This was all in a bid to take some of Ethereum’s market share. To that end, the following are the biggest competitors of Ethereum to date.

This network uses two consensus mechanisms, proof of stake and proof of history. In PoS, users stake their SOL, Solana’s native token, so as to get to act as validators on the network. The SOL they stake in pools acts as collateral to incentivize them to act honestly and only verify legitimate transactions. In return, they earn SOL rewards. If, by any chance, they attempt to verify fraudulent transactions, they lose the SOL they staked in what is known as slashing.

Proof of history keeps a record of the timing of various transactions on the network. This way, they can be tracked and ordered much faster. With both of these mechanisms, it is no wonder that Solana manages 65,000 transactions per second (TPS), as opposed to Ethereum’s 13 TPS. This has earned this network the nickname “Visa of the digital world.”

Cardano uses the PoS consensus mechanism, which means it lends itself to being one of the most environmentally friendly blockchains in existence. What’s more, in September 2021, this blockchain ranked third largest with a market capitalization north of $100 billion, when ADA, its native token, reached an all-time high of $3.10. This was in response to the launch of the Alonzo upgrade, which in addition to NFT and smart contract capability, would make Cardano compatible with Ethereum tokens and applications.

Cardano is famous for rigorously peer-reviewing any of their updates before launch, which makes the process quite slow. It is currently being used in agriculture to track supply chains and by the Ethiopian government to track academic credentials.

This is a network that is centered around the interoperability of various blockchains. It uses multiple smaller chains called parachains, which all connect to the main Relay chain. This way, they avoid congesting the main network and significantly improve transaction speeds. This allows developers to create and launch new projects on Polkadot with ease.

Originally, this network ran on the proof of authority consensus mechanism. This is where only well-known validators are allowed to verify transaction blocks. However, this was soon abandoned for proof of stake.

This is a blockchain that was launched by Binance, the biggest crypto exchange by transaction volume. It is compatible with smart contracts and the Ethereum Virtual Machine (EVM), which means it can run Ethereum tokens and applications. It runs parallel to the Binance Chain launched by the same exchange. At one point in April of 2021, this network surpassed Ethereum’s daily transactions when it hit 9 million daily trades against Ethereum’s 1.5 million.

The Binance Chain ecosystem consists of BSC, the Binance Chain, Binance Academy, Trust Wallet, and various research projects. Its native coin is BNB, which is the 4th largest cryptocurrency by market cap.

This is another blockchain that was among the first to use a proof of stake consensus mechanism. It also features smart contract capabilities, which enable users to develop new tokens and applications on the network. Its native coin, XTZ, ranks 45th in the list of top 100 coins by market cap. In addition to hosting various projects in the fashion, gaming, art, and music industry, it also includes governance features. Users who stake more than 8,000 XTZ receive voting privileges on any changes made to the network. It is also famed for the security of its dApps.

Launched in 2018, this is a network that features smart contract capability and compatibility with dApps and NFTs. Its main goal was to reduce the need for dApp developers to require coding knowledge to create these applications. This way, users with no coding experience can use the blockchain for their day-to-day needs.

EOS uses the delegated Proof of Stake (dPoS) mechanism, where delegators who stake EOS tokens are chosen at random to verify new transaction blocks. In return, they earn EOS tokens. It features a 0.5 transaction time, zero gas fees, and free tools for developers.

Ethereum is currently the leading destination for developers of decentralized apps and minting of NFTs. This is despite the fact that it is a slow network, as it can only handle about 13 transactions per second. What’s more, due to the congestion on the network, transactions are often costly. Several blockchains have come up with much faster transaction speeds at a fraction of the cost, all in a bid to attract these developers and steal Ethereum’s market share. These new blockchains have earned the name Ethereum killers.