What Is Bitcoin Reserve Risk Indicator? 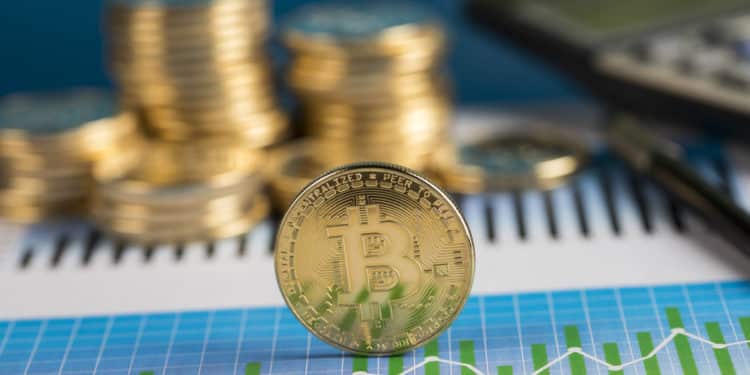 Bitcoin is a decentralized digital currency that can be sent from user to user on the peer-to-peer bitcoin network without the use of intermediaries. It has no central bank or single administrator. Network nodes use cryptography to verify transactions, which are then stored in a public distributed ledger called a blockchain. Satoshi Nakamoto, a pseudonym for an unknown individual or group of people, invented the cryptocurrency. The currency began to use in 2009 when its implementation was released as open-source software.

Hodling refers to the buy-and-hold strategy. Buy-and-hold investors prefer to keep their assets for a long time in order to benefit from long-term value growth. Investors can benefit from hodling since they are not subject to short-term volatility and can avoid the danger of buying high and selling low.

Long-term holders keep possession of their coins for periods of time spanning several months to years. A 155-day holding time is used as a rough guideline for when dormant coins are most likely to be spent.

What is bitcoin reserve risk?

Reserve risk is a metric founded by Hans Hauge. It is a metric that allows us to visualize the confidence amongst long-term bitcoin holders relative to the price of Bitcoin at a given moment in time. Simply put, it is the relationship between the present price of bitcoin and long-term holders’ conviction.

There are a few metrics that one should note.

Bitcoin Days: It allows us to give coins held by long-term holders a higher value because they are in possession of coins that have not moved in a long time.

It is calculated by; Number of bitcoins × the number of days since the coins were transferred from one user’s wallet to another.

Bitcoin days more properly reflect market participants who have been in the ecosystem for longer (1-3 years) by providing a higher value to a coin that has remained idle for longer. These users’ investments have been multiplied by orders of magnitude as the price has risen dramatically over time.

Bitcoin Days Destroyed:  When a bitcoin sits in a wallet, it accumulates Bitcoin days, which are later ‘destroyed’ when it is sold.

Moving a Bitcoin after it has been dormant for a period of time “destroys” the number of days it has accumulated. It’s expected that the Bitcoin was used to buy something or that it was transferred to an exchange to be sold; it is not typically destroyed.

We can see where longer-term players are selling more by looking at the average value of Adjusted Bitcoin Days Destroyed and seeing which days had more Adjusted BDDs destroyed than the average.

Bank HODL: Every day that a coin is retained, the owner forfeits the right to exchange it for cash. This deferred opportunity cost expresses HODLers’ belief and can be thought of as the whole ‘unspent opportunity cost.’ We quantify this by considering the difference between the current price (incentive to sell) and the median VOCDD (actual spending), giving us the remaining unspent ‘opportunity cost’.

The HODL Bank statistics, which represent the market’s cumulative unspent opportunity cost of holding the asset, are based on this premise. HODL Bank is calculated as the lifetime cumulative sum of the daily difference between price and the median VOCDD.

Reserve risk: The ratio between the current price (incentive to sell) and HODL Bank is then used to calculate Reserve Risk.

Periods of undervaluation: It is represented by a Reserve Risk ratio below 0.0026. These are usually rather long and encompass the second half of bear markets as well as the first half of bull markets.

Periods of overvaluation: It is represented by a Reserve Risk ratio above 0.0200. Due to the compounding effects of increased prices and the resulting temptation for long-term holders to realize profits and consume old coins, these are frequently short and sharp. They usually just last a few seconds at global market blow-off tops.

HODL Bank: High or Increasing:  According to the Reserve Risk metric’s assumptions, higher prices are required to offer adequate incentives for HODLers to sell.

As fewer coin days are destroyed, the collective unspent opportunity cost of an asset under accumulation and/or stored for long periods of time begins to mount up. As a result, the HODL Bank metric’s magnitude increases, resulting in a ‘heavier’ denominator and higher estimated global trust, which will influence the reserve risk negatively.

Increasing price will have an upwards influence on Reserve Risk being in the numerator of the ratio. As a result, bullish markets will raise the Reserve Risk indicator.

Decreasing HODL Bank will increase the Reserve Risk because of a smaller term in the denominator, which typically occurs alongside a higher price. This means that HODLers can realize profits and spend accrued opportunity costs at current prices.

Reserve risk is a statistic that allows us to visualize long-term bitcoin holders’ confidence in relation to the price of Bitcoin at any particular time. It is possible to calculate and interpret reserve risk. When the value is below 0.0026, it represents periods of undervaluation; when it is above 0.0200, it represents periods of overvaluation. Factors that influence reserve risk include HODL Bank and the price of bitcoin.

RevenueBot Review: Is It a Legit Crypto Bot?