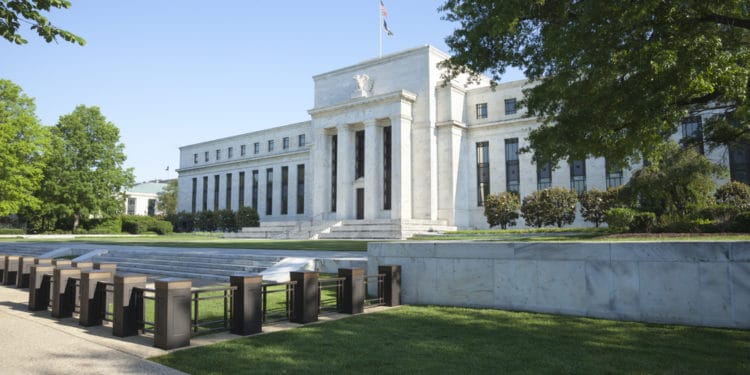 The Federal Reserve is one of the most important institutions in the United States financial market. This is because the bank has the mandate to set interest rates and control the money supply.

In this article, we will look at some of the most important publications released by the Federal Reserve and why you should pay close attention to them.

The Federal Open Market Committee (FOMC) is a small committee of the Federal Reserve that is chaired by the Chairman. In 2021, the Fed Chair is Jerome Powell. Before him, the Fed Chair was Janet Yellen and Ben Bernanke.

The Fed minutes are followed closely by economists and traders, and investors because they provide more information about what members talked about. They also provide the outlook of the market from the Fed’s staff and other participants of the meeting. Therefore, it is common for these minutes to lead to more market actions than when the Fed makes its decision.

You can know when the Fed will publish the minutes by looking at the economic calendar.

Financial institutions like Wall street banks were rightly blamed for causing the financial crisis of 2008/9. The banks caused this crisis by offering subprime mortgages to millions of people in the US, knowing too well that most of the customers would not afford to pay. The crisis led to the collapse of Lehman Brothers and the acquisition of banks like Bear Stearns. It also led to a $700 billion bailout of financial institutions.

Most importantly, the crisis led to the Dodd-Frank regulations that were intended to safeguard the economy from the crisis. Part of the regulation called for the Fed to conduct stress tests on the leading banks in the US.

Every year, the Fed conducts the stress test and publishes a comprehensive document explaining the results. The document has sections like the executive summary and different scenarios like severely adverse scenarios and the severe alternative scenario. It also has a chapter explaining these results.

Over the years, several banks have failed the stress test. In 2018, Deutsche Bank failed the test, while Wells Fargo failed it in 2020. Banks that fail the test must act to shore up their liquidity. For example, the Wells Fargo shares fell after the company was forced to suspend its dividend after it failed its test.

Starting from November 2018, the Federal Reserve started to publish a long and comprehensive report known as the Financial Stability Report (FSR). This is a document that explains the current state of the economy and some of the risks that are around.

The FSR focuses on four key sections. First, it looks at asset valuation, which refers to the price that investors are paying for various items like stocks. The idea is that stretched valuations can burst and affect inflation and employment. For example, US unemployment rose in 2000 after the dot com bubble burst.

Second, it looks at the trends in borrowing by businesses and households. This is important because when people and companies overborrow, there are risks when they are not able to pay back.

Third, the FSR looks at the leverage in the financial sector. It then looks at the funding risks in the market. Taken together, this is an important document that helps the Fed make decisions during its meetings.

The Monetary Policy Report (MPR) is a document the Fed publishes every February and June. It is followed by testimony by the Fed Chair in Congress. This is a document that looks at five key items in line with the bank’s dual mandate. First, the document talks about the labor market and the recent developments.

Second, it looks at the overall inflation rate and the ongoing trends. Third, the MPR has a section on the country’s economic growth. In this section, the bank writes on the trends in consumer, business, and government spending. It also has some notes on the risk to the economy.

Fourth, the MPR looks at the stability of the US financial sector. Finally, the Federal Reserve writes about the recent international developments and how they could affect the US economy.

In most cases, the MPR document does not have an impact on the financial market. However, the Fed chair’s testimony to Congress tends to lead to significant volatility in stocks, bonds, and currencies markets.

The Federal Reserve publishes tens of documents every year. While all these documents are important, very few tend to have an impact on the financial market. The four reports we have listed here are the most important for most investors and traders.