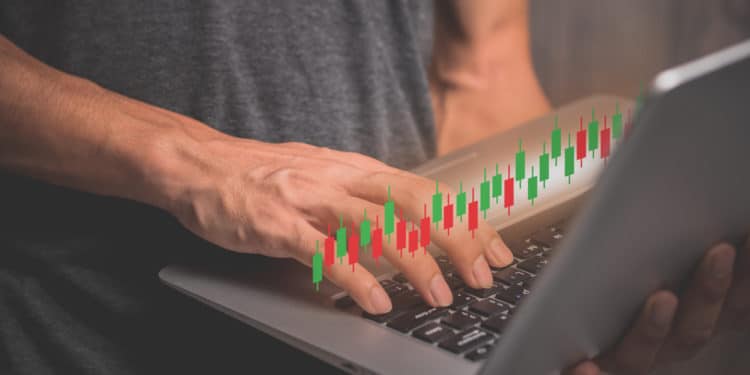 Progress means different things to different people in forex. Regardless, everyone wants to advance in ways they deem satisfactory. It can be difficult to quantify a trader’s progression as many dedicate more time focused on the execution aspect of things.

Several valuable methods and tools, both psychological and mathematical, exist for thoroughly measuring a trader’s progress in forex, which this article will cover.

1. Always thinking long-term rather than short-term

Measuring trading progress begins with adopting a long-term mindset emphasizing consistency. Growing a trading account is a journey rather than a destination. It’s all about the long game.

By emphasizing too much on short-term gains or results, it can often provide a false sense of progress. For instance, some traders tend to direct too much attention to doubling or tripling their accounts in one position.

While this is an ambitious and possible goal, the risk required can be tremendous. Through a random lucky trade, one could achieve this feat, though this wouldn’t necessarily mean they are actually progressing.

If they were to attempt the same position in the future, market conditions might be against their favor, causing a substantial loss. This would happen due to a trader’s fascination with short-term results driven by instant gratification without considering risk and consistency.

Another example is the random distribution of winning and losing trades. Because we are dealing with probabilities, no one knows the true outcome of an individual position. Someone could realistically lose two or three trades consecutively in the short term.

Without employing a long-term outlook, these results could leave them feeling a lack of confidence and cause unnecessary mistakes. Otherwise, the successful trader will treat every moment as just another in the journey since markets go through cycles.

Therefore, one position shouldn’t considerably define a trader’s career; instead, it’s an extended series of trades that should.

Countless traders also put too much emphasis on win percentages and the gains made from one random position. However, focusing on any of these variables doesn’t paint the full picture of skillful performance.

Additionally, a high win rate doesn’t necessarily mean the profit potential is commendable, especially when the risk is considerably larger than the reward. Trading forex is not just about making money at any time since losses are inevitable.

Instead, it’s about finding opportunities likely to provide gains larger than the risk. If a trader has exploited enough of these moments, by the end, those profits will hopefully be bigger than all their combined losing trades.

In essence, this is the significance of risk-to-reward. It’s probably the only mathematical model that matters in forex since it affects account growth. Once someone can maintain this ratio consistently without diversion, they stand a greater chance of succeeding.

If a trader deviates somewhere in their journey from a substantial loss because they didn’t focus on the risk-to-reward, their progress is halted.

Since trading is very much akin to a business, keeping records becomes paramount. Unfortunately, journaling is an underutilized exercise as it seems tedious and time-consuming.

While this statement has some merit, traders do not only need to rely on Excel spreadsheets nowadays. Trade journaling software like Edgewonk makes the process a lot simpler and professional. Using a journal is an important activity in measuring trading progress in forex.

For starters, it logs some often overlooked data such as the currency pair traded, the date a trade was taken, whether it was a buy or sell order, entry and exit parameters, and eventual risk to reward.

By considering all this information, it gives a trader a solid reason for taking any position than just acting on a whim. Working in this manner drastically reduces mistakes with ill-discipline and risk management.

As the record log grows over time, one can see start to insightful patterns in their performance. For instance, they can see if they are on a winning or losing streak. Furthermore, should there be any mistakes, this shows up as a pattern as well.

Fortunately, the trader would be in a better position to fix this. Overall, journaling is a professional thing to do.

Utilizing a trade analytics platform like Myfxbook, FX Blue, or PsyQuation is not something many traders are aware of and is overlooked like the journal. Where the latter deals with record-keeping, an analytics platform shows us the results of keeping those records more mathematically and aesthetically.

Such applications are beneficial in conclusively measuring a trader’s performance using particular metrics. One will soon realize how the points previously discussed are reflected in these platforms.

These services provide the trader with statistics such as winning and losing trades, net profit/loss, net percentage return, largest winner and loser, drawdown percentage, risk of ruin, account growth, and much more.

Here, a trader can truly view their performance in an investment portfolio-style manner.

For instance, using something like FX Blue will show someone if they are sticking with their risk-to-reward ratio. Let’s assume their average return is three times larger than their risk.

If their average loss shows as four times larger, this would obviously signal a flaw in managing trades, prompting a much-needed change in the future. As time goes on, this information will become more reliable and consistent.

While it might be uncomfortable for many to observe their performance in this way, an analytics platform does not lie and presents the most honest picture about trading progress.

Measuring progress is not just about having a map; sometimes, it’s about implementing some key adjustments. To make those changes, traders need to know what they need to adjust to stay on the right path.

Hopefully, this article has provided the simple tools to measure improvement that any serious investor should implement right away. Progress is also about looking at success as a journey rather than a destination.