Best 5 Cryptos Under 10 Dollars and Where They Trade 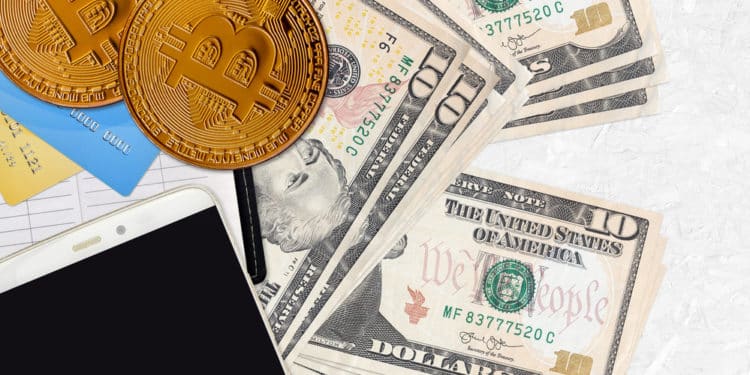 Digital currencies trading for less than $10 are proving to be exciting plays, on the risk-reward front, for investors eyeing exposure in the burgeoning sector. Below are some of the top cryptos trading for pennies but with tremendous potential given their unique case and application in the mainstream sector.

Ripple is slowly becoming a household name in facilitating international payments thanks to the adoption of its Blockchain in the mainstream financial system. The open-source distributed ledger facilitates global transactions in the traditional financial system.

Ripple blockchains can settle transactions faster and at some of the lowest costs than the standard global payment systems. Its blockchain-powered RippleNet, at the heart of global payments, has already received acknowledgment from mainstream financial institutions such as JPMorgan. Banks and other financial entities increasingly use the network to enable real-time and low-cost cross-border payments.

Amid the heightened use of cryptocurrencies in enabling global payments, Ripple is poised to be the biggest beneficiary. While the coin has shed more than 50% in market value from all-time highs, it is still an attractive play on the risk-reward front.

The deep sell-off has mostly been catalyzed by an ongoing lawsuit brought by the US Securities and Exchange Commission that alleges Ripple executives sold unregistered securities. With Ripple appearing on the driver’s seat and likely to win the case, the XRP coin has started bottoming out, presenting an attractive buy opportunity at a discount.

The heightened liquidity around the XRP coin means it trades in almost all the largest crypto exchanges, including Binance, eToro Kraken Huobi, etc.

While the native token XLM has taken a significant hit tanking by more than 70% from all-time highs, the pullback makes it an attractive play on the dip. The pullback allows purchasing the token at a discount, given Stellar Lumen Blockchain’s tremendous potential backed by an international payment use case. The coin can be bought, sold, and traded in Binance, Bittrex, Bitfinex, Upbit, Coincheck, etc.

Dogecoin, the meme coin, has given rise to unique investment opportunities given the hype it continues to enjoy in the burgeoning sector. This is a coin for investors looking to benefit from extreme volatility levels.

Dogecoin can be extremely volatile; thus ideal for any investors willing and capable of riding the wild swings the coin often comes with. The coin also stands out due to the strong interest it continues to elicit from high-profile personalities and celebrities.

Tesla CEO Elon Musk has always shown strong interest and love towards the meme coin. The executive reiterating that the meme coin could be used for paying subscriptions on Twitter Blue has all but affirmed its potential use in the mainstream financial system.

Rated as the 11th largest cryptocurrency, Dogecoin is currently trading for about $0.14 a coin. However, it is down by about 50% from its all-time highs. Given that the coin can be extremely volatile, the prospects of recouping a good chunk of the losses are high.

As the cryptocurrency sell-off dust settles, Dogecoin is one of the coins well-positioned to bounce back and post significant gains. The coin can be bought and sold in Coinbase, Uphold, Binance, and Uphold exchanges.

Often dubbed as an Ethereum Killer, Cardano is arguably one of the best coins for anyone looking to gain exposure to the development of decentralized applications and smart contracts. Cardano has been eating into Ethereum’s market share thanks to its blockchain ability to process up to 250 transactions per second.

Consequently, it’s been touted as one of the blockchains at the heart of the decentralized finance revolution. It also charges some of the lowest fees per transaction. In addition to being used in facilitating international payments, Cardano’s technology is also finding great use in the verification of certificates. Its technology is also being used in governance and other areas.

Like other cryptocurrencies, Cardano has also shed a significant amount of market value due to a broad sell-off. The decline presents an opportunity to buy the token at a discount, given the Blockchain’s tremendous potential in decentralized finance.

When it comes to speed and compatibility, Avalanche blockchain stands out, making it an ideal pick for developers in developing decentralized applications. The smart contract-driven blockchain network can process up to 4,500 transactions per second. A block finality of fewer than two seconds affirms its suitability in decentralized finance.

The integration of Ethereum Virtual Machine in Avalanche Blockchain means developers can avoid congestion, high fees, and processing lags by using the Ethereum blockchain. A superior network to most blockchains is the selling point that affirms Avalanche’s long-term prospects.

AVAX, the network’s native token, has shed a significant market value. Amid the sell-off, the long-term prospects remain intact as backed by one of the most sought-after blockchain networks for developing decentralized applications and smart contracts. The crypto can be bought in Binance and Coinbase exchanges.

Cryptocurrencies are the new investment vehicles for anyone looking to diversify their portfolio away from mainstream securities. While digital currencies can be volatile, they present some of the best opportunities for earning quickly.

Amid the heightened adoption in the mainstream sector, Cryptocurrencies are increasingly attracting interest from institutional investors. That said, they are also presenting opportunities for retail investors to profit from big price swings that come into play daily.While investing and trading cryptocurrencies, focusing on reputable digital coins with well-detailed use cases is important. In addition, it is important to deploy risk management strategies to alleviate the negative pitfalls of extreme volatility.