How Does Currency Devaluation Affect The Forex Market?

by Tim Baudin
in Forex Education
0 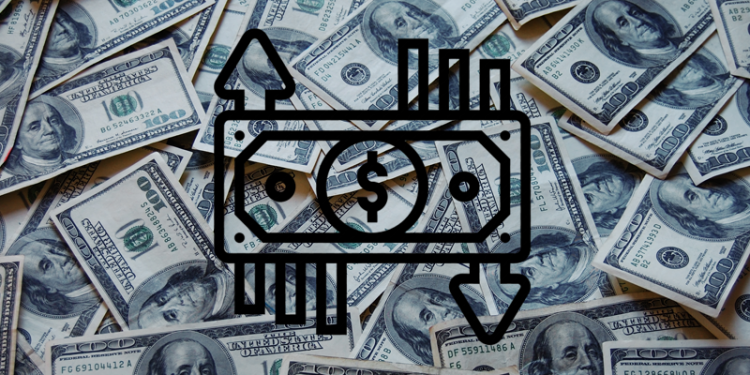 As an investor in the currency markets, you know better what it means to see the value of one currency depreciate or appreciate against another currency. It means mighty profits or an eye-blackening loss. For some of us, this game that currencies play is difficult to understand. All we want is to study chart patterns, do a lot of fundamental analysis et al., and then make our trades. But believe or not, we must know how and why currencies play these games! What a better place to start than learning about currency devaluation?

What is currency devaluation?

Currency devaluation refers to a country’s deliberate adjustment of its value downward relative to another country’s currency. The keyword here is deliberate. Currency markets operate like any other free-market where the forces of demand and supply influence the price of a currency. In this case, the price of a currency in the international money market is its exchange rate.

Therefore, one would expect that the value of currencies would appreciate and depreciate according to these forces. However, this is not the case in the forex market. Why? Because of something experts call the exchange rate. The exchange is the price of one currency in terms of another. For example, if 1 Euro equals 1.13 US dollars, it means that you will need 1.13 US dollars to acquire 1 Euro. As such, the exchange rate of the EUR/USD pair is 1.13.

The exchange rate of the Euro is floating. It means investors like you can easily convert the Euro into US dollars. In other words, the Euro is convertible. Nevertheless, some currencies have fixed exchange rates. It means some government restrictions exist in case you want to buy or sell the currency in question. For instance, the government might not allow the price (exchange rate) of the currency to decline or climb beyond a certain amount against an anchor currency.

For the value of a non-convertible currency to change drastically i.e., beyond the threshold instituted by the government, something else has to happen. Often, this thing is a deliberate action by the government authority in charge of currency affairs. The government agency may devalue or revalue the currency.

How does currency devaluation work?

Governments, through their central banks, also participate in the forex market very actively. Typically, a country’s central bank buys and sells the home currency to maintain the exchange rate within the acceptable band. We agree that such a currency has a fixed exchange rate, can’t we? Say the government wants to devalue the currency, how can it achieve this objective?

Consider this hypothetical instance where one Euro equals five US dollars. Suppose the US maintains a fixed exchange rate for the greenback (not true by the way, the USD’s exchange rate is free-floating). Further, suppose the US Fed sells $1 trillion in the forex market and buys €200 billion. After this transaction, one USD will be worth less than it was before the transaction.

Currency devaluation has four significant consequences. In the first place, it readjusts the balance of payments of the devaluing country. In our scenario above, US products become cheaper all of a sudden after the devaluation. Eurozone consumers will buy more US products because of an increased purchasing power of the Euro. Conversely, imports into the US from the Eurozone will fall drastically. The Euro is now stronger, which means goods from the Eurozone are more expensive than before the devaluation of the greenback.

The other effect of currency devaluation is a currency war. A currency war refers to a situation where countries engage in retaliatory currency devaluation. In the scenario above, assume that the USD’s devaluation adversely affects producers and other businesses in the Eurozone. In response, the European Central Bank (ECB) initiates a devaluation of the Euro. If the US retaliates and the cycle carries on, the race to the bottom could result in an unimaginable human cost.

How does the currency war affect forex traders? Investors in the forex market develop strategies using different technical indicators as well as a myriad of other forex charting tools. The analyses aim to establish the most profitable trading opportunities. Typically, the investors do not price in the possibility of a currency war because they believe governments are not only responsible but also rational. If the currency war happens anyway, this messes up the exchange rate, so the majority of traders make losses. It is because the market will no longer operate normally.

Here Is a Look at Major Currency Pairs and Their Characteristics