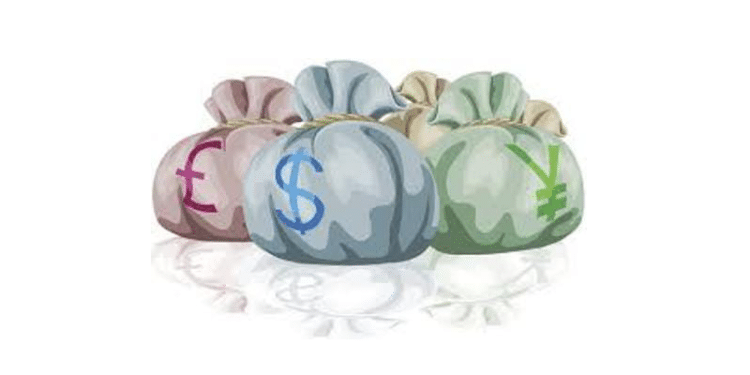 Currency risk entails the fluctuations in the exchange rate of a currency relative to another that may cause losses for investors with assets across national borders. The exchange rate spread between the investor’s domestic currency and that foreign currency affects the profits earned. If the foreign currency depreciates against the domestic currency, then the profit margin also declines.

What is a foreign bond?

A foreign bond means this is a debt instrument floated in a country that is foreign for the investor. Bonds are part of the securities market through which corporations and governments raise capital to plug holes in their budgets. Often, the domestic market fails to offer the desired number of subscriptions. It, therefore, behooves the bond floater to go looking for better prospects abroad.

But foreign bonds are not necessarily issued abroad. A corporation or government entity can decide to issue a bond in the domestic market but denominated in a foreign currency. It is a foreign bond.

Take an example of, say, Apple, Inc. The company wants to raise capital in the US market, but it would prefer to denominate the Japanese yen’s bond, perhaps because the bond is cheaper. When you, as an investor whose domestic currency is the US dollar buys the Apple bond, it will be a foreign bond. The bond is primarily foreign because your earnings will be affected by the interest rate fluctuation between the greenback and the yen.

The most significant advantage of issuing a foreign bond is that the issuer gets access to many investors. To the investor, a foreign bond could be attractive because it offers a more lucrative return. Foreign bonds are even juicier when the issuer decides to denominate them in a high yielding currency. However, currency risks may erode this advantage. But how do fluctuations of currency affect the total returns of a bond?

For the sake of clarity, let us restate that a foreign bond is floated in the currency that is domestic to the issuer. You, as an investor, will use your domestic currency to buy into the bond. It means somewhere in between, and you have to convert your currency into the bond’s denomination.

Let us consider an illustration

Eric is a portfolio manager for an investment firm based in Chicago, United States. He sees an opportunity to diversify his portfolio in BAE Systems, a multinational company based in the United Kingdom. BAE Systems has floated a bond whose face value is £1,000,000.

The research and analytics team that backs Eric has a model that predicts excellent profits for the investment after a one year holding period. One assumption that the team makes is that the British Pound will appreciate the US dollar within the holding period. When Eric snaps up the bond, one GBP is exchanging for 1.29 US dollars, which means he paid $1,290,000.

After the holding period elapses, Eric and his team are in shock because the GBP has depreciated by 90 basis points against the greenback. Now, the bond that was expected to fetch $1,290,000 is worth $1,200,000, meaning the portfolio manager has made a loss of $90,000 because of currency fluctuations.

Luckily, you can hedge currency risk

Currency risk a sure thing because of the changing economic environment in every economy. As such, there must be a way that traders hedge this risk. Otherwise, nobody would want to buy foreign bonds. Hedging means reducing the risk exposure, but it also costs your profits you could have made. How does hedging happen?

Most commonly, portfolio managers and other investors who buy foreign bonds count on derivatives such as options and futures to lessen the impact of currency fluctuations on the assets’ total returns.

Currency options entail two parties entering a contract where one party gets the right to buy/sell a currency in question at a predetermined exchange rate on or before the date of contract expiry. This contract, however, does not obligate the party to buy the currency. For this reason, currency options attract a high premium.

Currency forwards, on the other hand, are more rigid. While the parties enter a contract to buy or sell the currency in question at a predetermined exchange rate, no party has the flexibility to go against the terms of the contract. Unlike currency options contracts, currency forwards contracts are binding.

To understand how currency risk hedging works in the context of foreign bonds, let us go back to Eric and his team.

Recall that Eric’s research team’s success depended on the GBP appreciating against the greenback. What if they were not so sure about this and, for the sake of caution, entered a currency forward with GBP/USD exchange rate being locked at $1.35?

Foreign bonds are high yielding, but the attendant risks could be uncomfortable for many investors. Therefore, investors are obligated to conduct a comprehensive risk analysis before jumping on the train. But because some things like exchange rates are unpredictable, it is helpful to apply appropriate hedges.

How to Benefit from Carry Trade?