EUR USD: How to analyze the most liquid forex pair 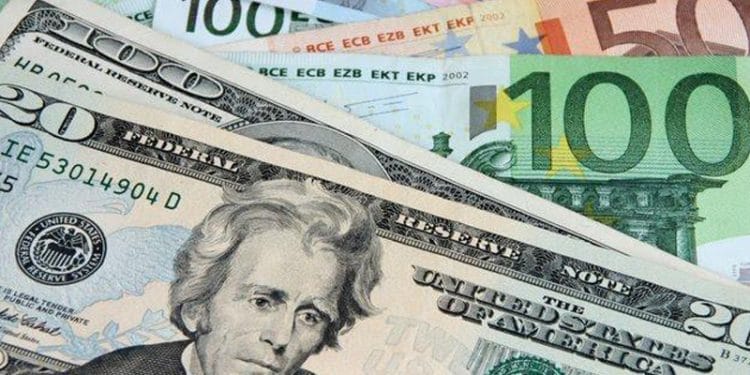 The Euro (EUR) and the US Dollar (USD) are the world’s two most popular currencies as reported by a Central Bank Survey that took place in 2016. The two currencies belong to the European Union and the United States, respectively. Both these currencies play an important part in the Foreign Exchange (Forex) market. The pair of both the currencies, that is, EUR/USD is the most traded pair in the world with the largest trading volume worldwide.

So, if you are a trader you cannot ignore this major forex pair. For this, you must know the various forces and factors that affect the price movement and volatility of the EUR/USD forex pair. However, before that, you should know more about this currency pair, such as its nickname and so on. This way you can effectively trade on the pair and earn profits. In this article, you will get to know the main points that can help you to trade in the EUR/USD pair.

The US dollar is the most common and traded currency, followed by the euro, which is the world’s second most popular currency. And, when these two powerful currencies combine, they form a major currency pair that holds over half of the overall trading volume in the global Forex market.

The EUR/USD pair is also known as the Fiber and Euro. The Euro nickname is pretty clear but the Fiber nickname has two stories behind it. Some people claim that the EUR/USD forex pair is called the Fiber because the GBP/USD pair is called Cable. This is because the US and the UK were connected with the old telecommunications cable, which was upgraded to the new fiber cable, as per traders. And, other traders say that the pair got its Fiber name because the Eurozone has the world’s best optical fiber network.

EUR/USD is the part of the ‘majors’ pair, which also includes pairs like GBP/USD, AUD/USD, USD/JPY, USD/CHF, USD/CAD, and NZD/USD. Since it’s a major currency pair that belongs to two significant economies, it holds immense power globally.

In the EUR/USD pair, the euro’s exchange rate is put against the US dollar. This means the amount of the US dollars you need to purchase a euro. So, if the EUR/USD rate is 1.15, then it means you need 1.15 US dollars in order to purchase one euro. You can use this pair for forex trading or as a financial instrument (CFDs) for speculating the exchange rate between the two currencies.

The volatility and exchange rate of the EUR/USD pair constantly fluctuates due to multiple factors. These factors are as follows:

The US and Eurozone economical data

The economical data is reported through the economic calendar, which comes out every week. This affects the EUR/USD forex pair. Some of the most powerful economic reports that move EUR/USD include:

The Federal Reserve Bank and the European Central Bank

These two institutions greatly affect the EUR/USD volatility in the following ways:

Political issues can also affect the EUR/USD currency pair. These can include any political events, such as Brexit, European crises, elections in the major European Union economies, etc. The EUR/USD currency pair can also be affected by the claims and speeches of politicians. For instance, if the US Treasury Secretary, claimes that the US manufacturers can benefit from a weaker dollar it can cause the direct fall of the US currency.

Gold, which is denominated in the USD, has a direct impact on the EUR/USD pair. It has a negative correlation with the EUR/USD currency pair. This means when both gold and EUR/USD are going in the same direction, they will cancel each other. On the other hand, when both of them are going in opposite directions, both will benefit.

Traders must know when the EUR/USD pair can be the most volatile and when it is not traded much. The pair liquidity is low during an Asian session since the pair is mostly affected by the economic events and data released in the European and US sessions.

The trading activity of EUR/USD diminishes around noon when traders go for lunch and the liquidity falls again around 5:00 GMT since at this time the traders in Europe and the US close their positions. At other times, the liquidity is high for the EUR/USD forex pair.

Both the Euro and the USD are most active from 8 AM to 4 PM EET from Monday to Friday. Moreover, there is a two to three hour overlap period during which both the American and European markets are open. This period offers the most volatility and volume for the EUR/USD forex pair.

The EUR/USD pair is one of the major pairs in the forex market since it belongs to the two biggest economies in the world. So, if you are a trader who wants to trade this currency pair, then you must know about this pair and the factors that move it.

These include sessions that tell you what are the best hours to trade the pair, the comments of personalities and decisions of institutions, political issues, economic reports that show the health and development of an economy, etc. All these factors drive the direction and price movement of the EUR/USD forex pair.