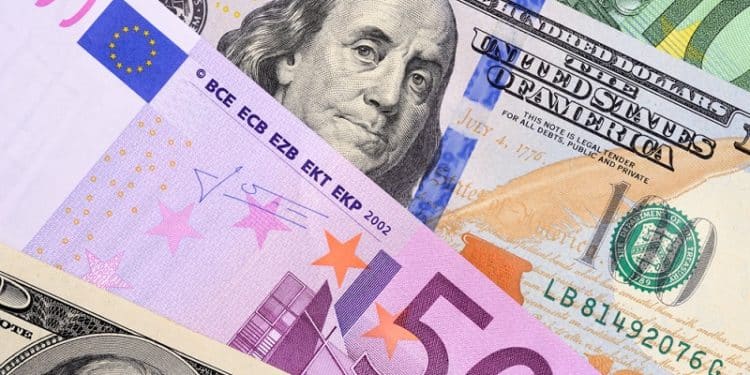 The EURUSD gained a substantial 0.52% on Friday to trade at 1.1354 at 1704 GMT as the market reacted to disappointing US jobs data and a spike in Eurozone Consumer Price Index (CPI).

Eurozone Inflation and US employment data to chart the path

The number of employed nonfarm payroll workers increased by 199,000 in December. The employment data, released by the US Bureau of Labor Statistics on Friday, was well below the projected 400,000. This created a bearish view of the dollar. The US unemployment rate dropped to 3.9%.

Meanwhile, the eurozone’s December CPI data came in at 5.0%, beating consensus estimates of 4.7%. This signaled an improving European economic environment and triggered bullish sentiment towards the euro.

Elsewhere, Germany’s inflation figures put pressure on the Bund yields as policymakers at the ECB have lately adopted a more hawkish tone. Compared to the forecast of 22.9 percent YoY, the eurozone PPI in November was 23.7%, while October recorded 21.9%.

The EURUSD pair could experience increased volatility as a result of the strong manufacturing statistics and the unstable inflation figures.

Yesterday, rising Treasury yields put downward pressure on the euro and could shape the EURUSD trajectory in the coming days. The 10-year Treasury yields rose to 1.75% late on Thursday. That was the fourth straight day on the rise for the benchmark rate, having ended 2021 at 1.51%.

The emerging trend in 2022 could be setting the stage for a significant surge by the USD. Cautionary attitude ahead of preliminary inflation data for the EU and the US jobs report for December, however, has been challenging the pair’s traders recently.

FOMC minutes shaping the market ahead of US jobs data release

As a result of a hawkish Fed as revealed by  FOMC Minutes, the rise in interest rates and the modification of the Fed’s balance sheet pushed up the yields.

At the Fed’s December meeting, members judged the economy “far stronger, with higher inflation” than in past recoveries, according to the minutes, which signaled their plan to decrease stimulus and raise interest rates. Thus, three rate increases are expected in 2022, according to current projections.

The market seems to have absorbed the effects of the FOMC minutes and will be looking to new macroeconomic data to chart the way for EURUSD.

The EURUSD pair has been showing choppiness and has formed a rectangle pattern, signaling possible reversal. On the daily price chart, the pair is still below the 50-EMA and 100-EMA, signaling bearish control. The RSI is currently at 47, signaling a mild momentum.