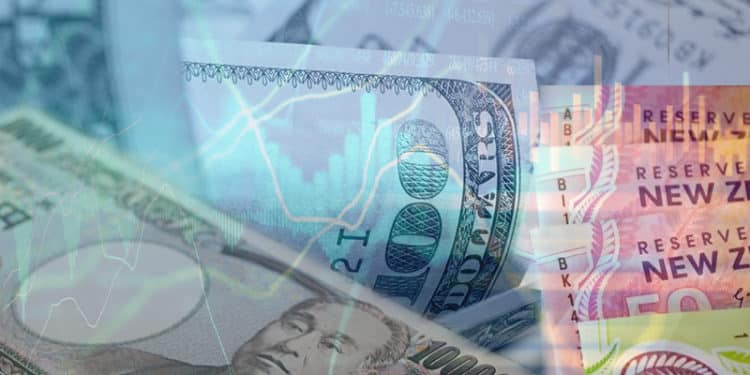 The US dollar bounced back to two-week highs against the majors as the risk-on mood in the currency market faded. Rising tensions between Ukraine and Russia continue to fuel demand for the safe-haven. In addition, the greenback upward momentum remains supported by growing bets of faster than expected US Federal Reserve Monetary policy tightening.

Conversely, the dollar index, which tracks the greenback strength against the majors, has powered to two-week highs as it closes in on the 96.00 handle. However, the strength of the upward momentum has come under pressure in recent days owing to the pullback in US treasury yields from two-year highs. After initially touching highs of 1.90%, the 10-year yield has pulled to lows of 1.71%, from where it is trying to bounce back.

Meanwhile, the USDJPY is trying to bounce back after a recent slide to one-month lows below the 114.00 level. The slide comes at the backdrop of the yen attracting bids across the board as a safe haven amid the escalating tension between Russia and Ukraine.

The pair appears to have hit strong support near the 113.43 level from where it has bounced back but struggling to power above the pivotal 114.00 handle. Below the key level, USDJPY remains susceptible to further losses.

A break below the 113.43 level could pave the way for short sellers to fuel a drop to the 113.13 level, the next support level below which losses to 112.52 should be expected. On the flip side, a rally followed by a daily close above 114.00 could trigger renewed buying pressure that could see USDJPY making a run for the 114.52 level.

The pair could continue trading sideways, oscillating between 113.60 and 114.20 until fresh clues come into play. The standoff on the Ukrainian border is one factor that could trigger wild swings on the pair, as well as the outcome of the Federal Reserve meeting on Wednesday.

Separately, the downward pressure on NZDUSD continues to gather pace, with the pair plunging to levels not seen since October of 2020. A slide below the 0.6700 has left the pair vulnerable to further downside action with bears in firm control.

A drop to the 0.6679 level has opened the door for short sellers to steer a drop to the 0.6590 level, the next support level. A bounce-back above the 0.6700 handles should help curtail the downward pressure, which has seen the pair edge lower for four consecutive days.

NZDUSD remains bearish in part because of a waning risk appetite in the currency market. Tensions between Ukraine and Russia have only forced investors to shun riskier currencies such as NZD in favor of US dollar and yen safety. In addition, the pair has continued to track movements in the US equity markets, which continue to be bombarded with rate hike talks.

Looking ahead, the focus is on the release of the Q4 2021 Consumer Price Inflation report. The report could indicate that inflation in New Zealand is nearing 6%, which could fuel chatter of the Reserve Bank of New Zealand tightening to stem the inflationary pressures. Aggressive tightening by the RBNZ could help offset pressure from the FED tightening push.