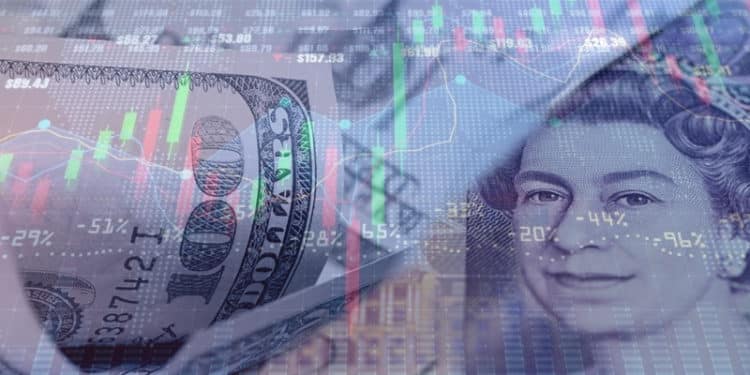 The GBPUSD price bullish momentum accelerated on Friday after the strong UK GDP numbers. The pair surged to 1.3737, which was the highest level since October 29th. It has jumped by over 4% from its lowest level in December.

The British economy did spectacularly well in November even as the Omicron situation worsened. The latest numbers by the Office of National Statistics (ONS) showed that the economy expanded by 0.9% in November after it rose by 0.2% in the previous month. This performance was better than the median estimate of about 0.7%.

The data revealed that the manufacturing and services sectors continued their comeback after Boris Johnson announced Plan B containment measures. The index of services rose from 1.2% in October to 1.3% in November.

At the same time, the country’s manufacturing production rose from 0.1% to 1.1%, which was also better than the expected 0.2%. On a month-on-month basis, the production rose by 0.4%.

Further data revealed that the important construction industry also did well. The construction output rose by 3.5% on a month-on-month basis, which translated to a 6.8% increase. Additionally, the UK trade deficit narrowed slightly to about $11.34 billion. These numbers reveal that the UK economy is doing strongly even as challenges remain.

Therefore, the GBPUSD pair rose as investors predicted that the Bank of England (BOE) will embrace a more hawkish policy later this year. Besides, it was one of the first major central banks to start hiking rates.

The Fed has also sounded hawkish. Most Fed speakers who talked this week said that they believed that the bank needs to act in order to slow down the recovery.

The next key catalyst for the GBPUSD will be the upcoming Brexit talks between the UK and the European Union. The talks are about the Northern Ireland situation.

Last year, the UK called for fresh talks with the EU, arguing that the deal it signed was untenable as it is. The biggest concern is that the deal placed some border checks between the Republic of Ireland and Northern Ireland. As a result, to some extent Northern Ireland, which is part of the UK has been left to operate within some EU laws.

Another concern is that the UK wants to remove the European Court of Justice as an arbiter of any issues that emerge from the deal.

The EU, on the other hand, has expressed some flexibility on some issues of the deal. However, it remains adamant that nothing will change about Northern Ireland.

Therefore, the UK has promised to trigger Article 16, which will invalidate the divorce agreement that was signed in 2019. Such a measure will have some negative impact on the GBPUSD pair because it will affect the UK economic recovery.

Looking ahead, next week will be an important week for the UK economy since the Office of National Statistics is set to publish the latest jobs, inflation, and retail sales data.

The daily chart shows that the GBPUSD pair has been in a strong bullish trend lately. In that period, the pair has risen in the past three straight days and is trading at the highest level since October 29th. The pair has also managed to move above the 25-day and 50-day moving averages and is currently nearing the key support level at 1.3840. Therefore, the pair will likely keep rising as bulls target that resistance point.