All About the Foreign Exchange Interbank Market 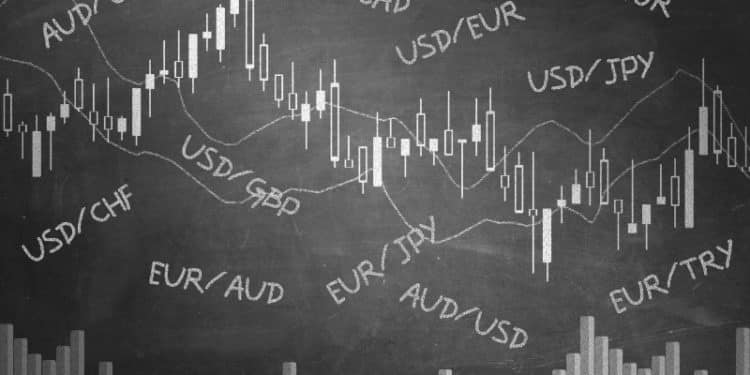 When speaking about currency markets, many people feel lost because the breadth of knowledge required to understand the market is vast. Currency markets – also called foreign exchange markets – are nothing more than exchanging money between counterparties. If you are a retail currency trader, you will likely know that the market has various tiers.

However, you could be a little at a loss when we talk about this enormously crucial aspect of the forex market, and you wish to gain a good understanding. Worry not, because this guide will explain the concept to you in great detail.

An interbank market is a place where big banks converge and lend funds to one another. Because the institutions deal directly with each other, trades are fast and informal. Interbank markets involve participants with deep pockets, and it accounts for most of the liquidity in the foreign exchange market.

The amounts moved in interbank arrangements are significant, with the typical funds on the lower side being about $5 million. Interbank market arrangements mature fast, but how fast? The typical maturity for interbank deals is overnight, although some counterparties might enter deals that mature after six months or even one year. Because the US dollar appears in most international trade deals, the currency also accounts for the largest share of interbank market arrangements.

Often, interbank market participants deal directly with each other. Nevertheless, the market has many brokers who link up banks that would otherwise be unsuccessful in finding a counterparty. To demonstrate the international nature of the foreign exchange interbank market, banks that participate in the market come from all locations in the world. It is not surprising that a few banks from specific locations – such as principal financial centers like London or New York City – dominate the market.

A Historical Perspective of the Interbank Market

How Does the Interbank Market Work?

No country has regulations in place to guide the working of the interbank market. Instead, the participants align themselves based on their creditworthiness. For instance, a bank with an immense balance sheet and less constrained by regulatory hurdles commands the market. Such institutions include Goldman Sachs, Deutsche Bank, and JP Morgan.

We can boil the seemingly complex activities into the following paragraph. Consider Bank A and B in the figure below, which have more credit on their books than customers’ deposits. To balance their books, the banks approach Bank C and D – with each having more deposits on their books than credit – to borrow funds.

Figure 2: How the interbank market works

Some dealers often double up as brokers. Broker-dealers can offer over-the-counter or online trading services. When a retail trader buys a currency pair, the dealer is the selling counterparty. Likewise, the dealer is the buying counterparty when a retail trader sells a currency pair. Therefore, the quotes that a trading platform like MT4 shows you are the bid/ask prices that the dealer accepts/offers.

The interbank market is the reason behind the foreign exchange market vast liquidity. Players in the market lend each other funds to balance their books and cushion themselves against foreign exchange risks. In the process, they make a market that benefits millions of retail traders.

Five Ways To Trade In The Zone