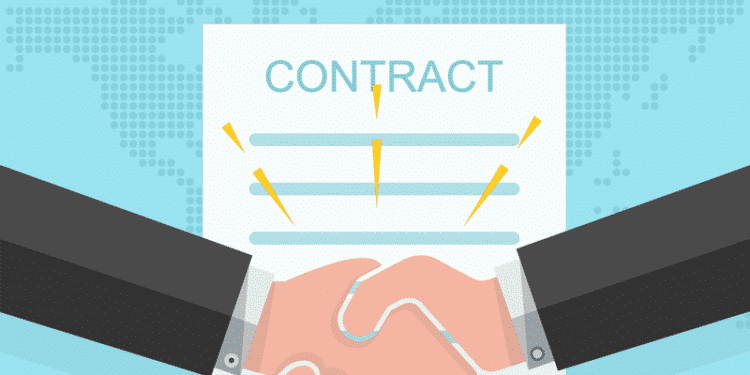 Forward contracts are agreements to buy or sell a currency pair at some predefined future date for hedging purposes.

Aside from the speculator-driven spot trading world, currencies provide several use cases in the Forex market, forwards or forward contracts being one of them. Let’s explore more on how this instrument functions.

What is a forward contract?

A forward contract (sometimes referred to as an outright forward) is an agreement among two parties to buy or sell a currency pair at a predetermined price and future expiry date.

Like most forex instruments, this is a derivative, meaning those involved in the agreement take no ownership of the underlying currencies/assets.

The purpose of a forward is hedging against future unpredictable market movements by essentially locking in today’s price for a later date. Most forwards are used by institutions, though there are a few brokers offering this instrument to retail clients.

The typical usage of this instrument is when companies are obligated to pay a certain amount for future delivery of goods based on a foreign currency. To retain the value of their money, they would use such contracts to secure the present rates.

Alternatively, any other scenario where an investor needs to commit to making or taking a forex payment at a future date could use this derivative.

For instance, imagine an American who wanted to buy something from Switzerland, but the seller wouldn’t charge them until after two weeks (essentially a reserved order).

Let’s assume the item was worth $1000 at the time. Of course, since the seller is Swiss-based, they’d need to receive the money in Swiss francs (CHF) as their local currency.

Neither party can guarantee the same $1000 will retain the same value within two weeks because of USDCHF fluctuations. There could be a scenario where one person receives less while the other receives more.

To mitigate this risk, one of the parties could enter into a forward contract with a broker to retain the value of their dollars or Swiss francs.

How do forwards work in forex?

Any forward involves two parties, a buyer/seller (essentially a retail or institutional client) and a financial institution like a bank or broker. Both parties agree on the quantities of currencies to be exchanged and at which maturity or future date.

Price-wise, they would use a complex rational pricing formula accounting for the spot price (the present exchange rate of the currency pair in question) and the interest rate differentials, known as the forward price/rate.

So, the price at which both parties agree to exchange at the maturity date is slightly different from the current exchange rate. It’s essentially the ‘expected future spot price.’ The contract length ranges from a few days up to a year or longer, depending on the provider offering the forward.

With any forward, there is always a trade-off where one party profits from entering into a contract while another doesn’t, depending on how favorable the forward rate is compared to the actual spot rate after maturity.

At this point, no physical exchange of currencies occurs, but rather one party simply agrees to the loss or profit amount on a cash basis. To illustrate this concept better, let’s refer back to the $1000 scenario made earlier.

Let’s suppose both parties agreed to the USDCHF forward rate as 1.2. After two weeks (the maturity date), the spot rate is now 1.6. At this point, the Swiss party would have maintained their currency by CHF 208 more (833 – 625), while it would have been less favorable for the American.

Differences between forwards and futures

Both instruments are mostly identical since they are both contracts to trade a currency at a prespecified date in the distant future. Yet, there are some distinctions.

For starters, forwards are over-the-counter (OTC) products or private contracts between two parties, whereas futures trade on public exchanges. Hence, there is less regulatory oversight with the former, while the latter is fully regulated.

As an OTC instrument, analysts consider this market as non-standardized, meaning the parties involved can tailor the contracts according to their preferred delivery period, contract sizes, settlement, etc.

On the other hand, futures are standardized. Forward contracts settle once at maturity, while futures do so daily. Effectively, it means no party can forfeit the contract any time if the ‘locked in’ price proves unfavorable to them during the contract duration.

Lastly, this derivative doesn’t require holders to put up an upfront payment for margin requirements and other fees, while futures do.

Overall, the point of a forward contract in forex is where traders mitigate foreign exchange fluctuation risks when expecting or making a future-dated payment.

There will always be an opportunity cost risk to this instrument since, while one protects themselves by having a certain fixed price, it precludes the holder from any future benefit if exchange rates turn out favorable.

Like most dealings in forex, there are also some significant counterparty risks as either party in the contract may fail to deliver their end of the bargain. This is particularly pertinent as providers of forward contracts can be unregulated.

Nonetheless, this is an intriguing alternative to forex and shows the interesting ways in which traders handle price risks.