To Hedge or Take the Loss While Trading Forex? 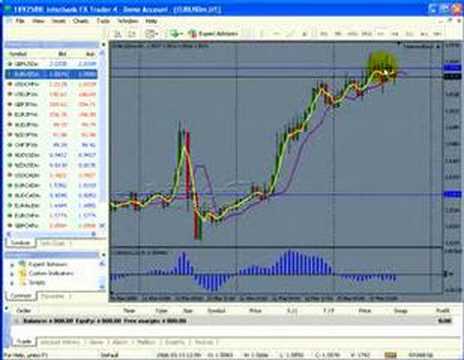 Above video above makes a good critique of a trading mistake often employed by newer traders – hedging yourself into a loss.

A new trader will often let his losses run letting them build into hundreds of pips while cutting his profits short. After having an open loss of 200 pips new traders often find it hard to just close the trade because that would mean accepting the huge loss.

So from a psychological perspective, they feel it’s a lot easier if they just ‘’Hedge’’ their loss.

Hedging is when you take the opposite position of a position you already have in the same trading instrument.

For example, if you have a sell position of 1 Lot on the EUR/USD currency pair and at a later date you buy 1 Lot of the same pair without closing the first position, you’re essential ‘’hedged’’.

Any further price movements in the instrument you’re trading will not cause a change in your profit or loss. The only change will be the added cost of carry because you’ll now be paying the rollover swap twice for your two hedged positions, instead of just for the one losing position you had originally.

In short, this is one of the trading mistakes you need to be aware of and avoid if you’re new to trading.