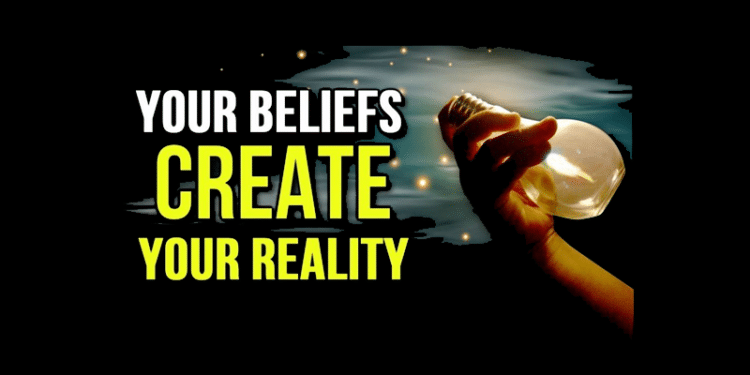 Instilling the right beliefs in forex is crucial for any trader’s success. These beliefs can be expressed from a technical and psychological perspective, the latter of which some traders undervalue. When a trade is live, there is a whirlwind of emotions and beliefs that run through one’s mind. These thoughts are often the triggers to actions that will either deter or accelerate progress in the markets.

In a live situation, if a trade is reflecting a negative P&L, one person may remain calm while someone else could be erratic and panic. The fearful trader may start thinking of different things to do in this example according to preconceived beliefs. If they have an ego, if they believe to be smarter than the markets, believe that they can never lose, then those thoughts will turn into actions that, for the most part, will hurt their trading account.

Traders who don’t trade with a stop loss fall into the traps of believing that a stop loss is their enemy. As a result, they may let a losing position get out of hand to the point that it blows their account to zero. Losing is just part of trading. This fact is probably the hardest aspect to deal with psychologically, but the failure to accept it makes it impossible to make money in the markets.

From a technical perspective, other beliefs can be limiting. For example, a volatile market like forex, by design, does not move in a straight line most of the time. Some traders like to set unrealistic profits as a result of this thought. There are rare ‘runaway’ trades, though, for the most part, markets tend to range a lot more than they trend. Also, while traders can define patterns with high precision, that does not mean that a specific pattern will work again at any given moment. Hence, our expectations and beliefs have to align with the reality of the markets.

Choosing the right beliefs in forex

Most newbies that first enter the forex markets have many beliefs that are not rooted in the realities of forex. Unfortunately, the forex industry, being a financial venture, is full of marketers and organizations that make trading seem effortless with promises of astronomical monetary growth. Though once people start to become aware that this is not the case, they can either accept or reject it.

A get-rich-quick mentality in the markets is destructive since markets are not about gambling, but rather compounding your money over the long haul. This belief is probably the first one that anyone should have as it allows for a more stress-free trading approach. More trading does not necessarily equate to more money.

Having the right beliefs overall fosters a more relaxed state of mind that does not force things. Patience is arguably the secret ingredient because the markets operate on a different time horizon than what we typically experience. If our beliefs are ones of quick profits, everything goes out of the window, which leaves one in a state of frustration. Slow and steady wins the race.

Another dominant belief that traders often have is the belief that they know for sure what’s going to happen next in the markets. No matter how great the analysis is over a particular trade idea, what will happen next is essentially anybody’s guess. No two trades will be the same ever again. So, just because a so-called 1:7 trade happened before doesn’t mean the same trade will play out precisely the same way again. No one knows with a superior degree of certainty how far a market can go or lack thereof, and the result of what transpired is just hindsight.

Rewiring our minds for success

Any belief that is counter-productive to the markets must be immediately identified and fixed. The markets are often illogical and operate in ways that are counterintuitive to what happens in normal life.

These are some of the beliefs that we must rewire:

The beliefs that a trader should have of the markets must be in sync with its real nature. Many myths and misconceptions that are spoken of consistently are not conducive. Sometimes, too much emphasis lies on the more technical aspects of forex with little regard to the psychological issues. Without a solid grasp of the latter, even the best trading strategy will not save anyone.

Ultimately, the forex markets can act as a mirror of our thoughts and beliefs. If we accept in our minds that we cannot be right all the time because of the design of the markets, our actions will be productive towards that realization. If we accept that trading is not hard, we can focus on the simple things that matter and trade in a liberating way. To quote Van K. Tharp, “We trade our beliefs about the market.”

Want to win BIG in forex?

Why most of the Forex traders are men?