Why most of the Forex traders are men? 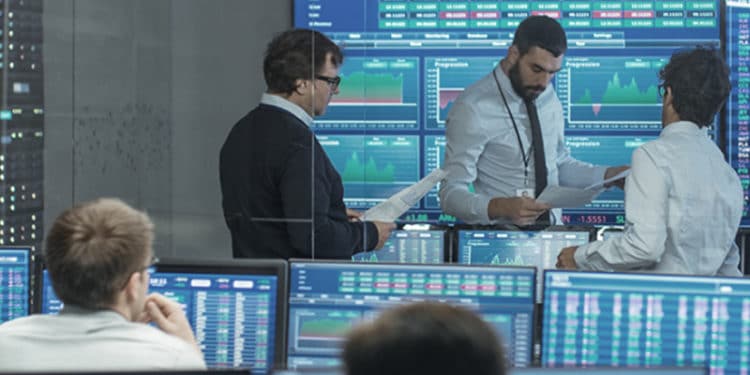 The representation of women in the forex industry

There is no denying that the forex trading industry has grown exponentially in the last decade to become the largest financial market. One of the reasons for this mega growth is that it is probably the most accessible financial market with far less capital required to be a participant than in other markets. However, there still exists a disproportion of significantly more male traders than female traders. A recent study by BrokerNotes using the web analytics of male and female visitors on some leading brokerage services paints this picture clearly.

The reasons for this disparity are mostly historical. In most mainstream careers ranging from sports to politics, historically, there has always been evidence of male dominance. Even today, most industries are still male-dominated as they were decades and centuries ago. Back then, women were always reserved towards less mentally and physically challenging careers. Today, most women still divert away from trading-related jobs. With the rise of retail trading that makes it possible for the average Joe to trade, there are still fewer women. Again, this gap may be a legacy issue than any particular discrimination.

Professionally, there are still way more men achieving finance, economics, and mathematics degrees on a global scale than women. Traditionally, to work in any trading-related positions in banks, prop firms, hedge funds, and other financial institutions require you to possess a degree in these fields. Thus, female trading talent is still scarce. If you look at most trading floors, both in real-life footage and movies, there is a large proportion of men. Over time, this is gradually changing as technology has advanced, and societies have become more evolved in their thinking.

Areas where women are naturally better than men in trading

Identifying the strengths and weaknesses of male and female traders has led to psychological studies of the two. Most research highlights that men, partly as a result of testosterone, are egotistical, while women are less so. Even though trading intrinsically requires a somewhat aggressive approach, studies have shown and keep showing that women do not display overconfidence. Because men tend to be over-confident at times, they tend to be less prone to admitting when they’re wrong. On the other hand, women are much better at this aspect from an emotional standpoint.

There is a famous quote by John Maynard Keynes, which states, “The markets can remain irrational longer than you can remain solvent.” As the vast majority of traders currently are male, most men in the markets that fail in the long run attempt to rationalize even in their losing positions. Hence, eventually, they cannot stay solvent (have enough money in their trading account) as they find it difficult to admit when they’re wrong on a trade.

Women have been found to have a better rationalizing ability than men, better at managing emotions than men, and are overall more risk-averse than their male counterparts. Companies in the financial industry looking for female trading talent can look to leverage these strengths.

Mitigating any shortcomings or weaknesses, whether male or female, comes down to self-introspection rather than technical introspection. The conversations that traders have in their minds play a significant role in their overall trading performance. It’s innate for both men and women to care more about their strengths than their weaknesses, which is not always an advisable formula in the markets.

Even though studies have favored women to have better mental abilities beneficial in forex, there are weaknesses. One may consider this bias more of a generalization than a fact. With a lack of knowledge or experience, any woman can still fall to the same traps that men do. What is vital to trading forex is maintaining a neutrality level where you’re neither too strong nor too weak, maintaining a balance of both sides.

Why should women consider forex trading?

Plenty of women can follow the footsteps of the likes of Linda Raschke, Kathy Lien, Raghee Horner, and Lucy Baldwin, to name a few. Most of these traders have similar beginnings, and not all studied degrees related to economics, finance, or mathematics. This fact goes to show that anyone can trade forex successfully without being the most intelligent. Trading forex has allowed some of these women to become authors, educators, coaches, mentors, and entrepreneurs and lend their services for some of the world’s most prestigious financial institutions. These are personal aspirations women can aspire to as alternative career paths.

The markets are a level playing field, a great equalizer for all regardless of gender, education level, or socioeconomic status. These are the reasons why women should consider trading, especially in this digital age, where information is abundant. With forex trading, financial freedom is possible with the right amount of consistent effort and years of experience. It’s even better for stay-at-home moms since they can dedicate significantly more time than men to studying forex.

Other benefits exist being a forex trader. As a person in general, you become a lot more disciplined and a lot more patient in other endeavors of your life. These traits are always enhanced as a market participant since they are necessary to survive and prosper. Trading can provide a perspective of the world where you’re always observing things based on risk instead of always assuming rewards. All in all, there is much that women can gain from trading forex.

The advancement of technology and the internet have hugely decreased the barriers to entry in the forex industry. What was once something men were doing is now open to both genders. Whatever men can do, women can do in forex. The markets do not discriminate based on whether you’re male or female.

What matters is developing the skill and experience, a feat that is achievable by both genders. Other exciting career directions stem from forex which women can involve themselves in. The industry can broaden their horizons into different paths that are both financially and personally rewarding.