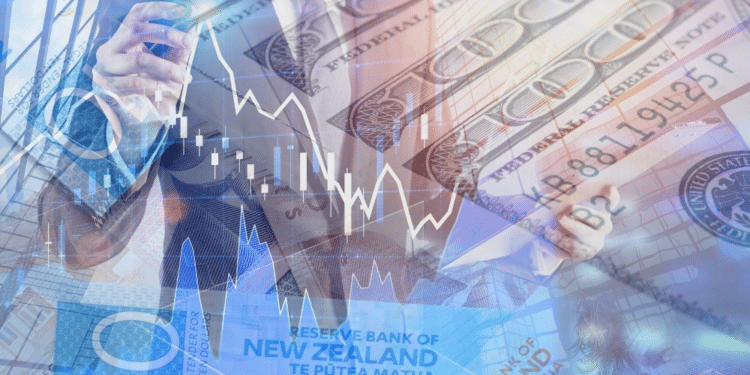 Ahead of the policy decision meeting on August 18, 2021, the Reserve Bank of New Zealand (RBNZ) is expected to announce an increase in the official cash rate (OCR) from 0.25% to 0.50%. Analysts are of the view that the rate could be raised to as much as 0.5% as overheating signs continue to show.

The current concern in New Zealand remains the shortage of labor which may precipitate wage-push inflation. This rate hike may be accompanied by a cut in the monetary stimulus after monetary easing was ended in July 2021.

While unemployment levels dropped to 4% in the quarter ending June 2021, the gains earned in private wages hit a 13-year high. The number of unemployed citizens in the country stood at 117,000 by Q2 2021.

As of 1:20 am GMT, the NZDUSD pair had lost 1.01%, indicating investors’ low confidence in energy provision to support businesses. An increase in power cuts is likely to disrupt service provision in key sectors of the economy. About 34,500 households were disconnected from power in the previous week.

Wall Street analysts believe that the US economy is likely to outpace China and other global giants. Q2 2021 saw the US GDP grow at a rate of 12.2% (YoY), while China’s growth rate was at 7.9%.

The US Treasury released its International Capital (TIC) data for June 2021 that shows the net inflow stood at $31.5 billion. Net international private inflow was $69.3 billion against outflows totaling $37.8 billion. This increase was still significant despite its fall from the previous level of $98.20 billion realized in May 2021.

Of special note was the fact that net purchases of long-term US securities among foreign residents rose to $72.6 billion. Net purchases among “private foreign investors” were higher at $80.9 billion, indicating a difference of $8.2 billion in net sales among foreign institutions. This gain was significant to offset a decrease in long-term foreign securities among US residents, with net sales at $38.2 billion.

After hitting resistance at 0.7439, the NZDUSD pair pulled back to the support area. After July 20, 2021, the prices started to show some signs of recovery, although still staying in the consolidation mode. The decrease in volatility was followed by an increase in selling pressure that pushed prices towards the support line at 0.6879.

The 14-day RSI decreased to 45.66 as sellers pushed the prices down. Increased selling pressure may cause the pair to violate the support and move towards a deeper correction, reaching 0.6474. A price reversal may start an uptrend towards 0.7200.