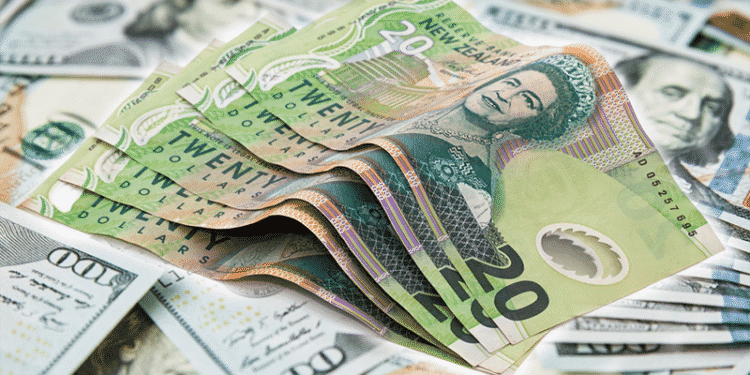 The New Zealand dollar was in the red against the United States dollar in the early hours of trading on Friday. After rising as high as 0.6921 on Thursday, the kiwi lost ground and was down by 0.18% at 0745 GMT to trade at 0.6876. The US dollar has strengthened against major world currencies, with the dollar index at 94.2 at the time of writing.

The NZD, however, needs to hit the 0.700 mark in order to solidify its resistance against the USD. However, such a move won’t come easy, as experts now claim that the kiwi is likely to struggle to regain its grounds after a huge surge in the greenback took out major support levels.

New Zealand has been witnessing a downward trend on the Covid-19 cases for several days now. With the coronavirus restrictions being relaxed in most parts of the country, the economy is expected to strengthen, considering the expected rate hikes by the RBNZ as well. These will result in the kiwi regaining its grounds in the global market.

Lots of questions are still being asked about either the 25 or 50 bps hike at the meeting that will take place on the 6th of October. But regardless of this, a hawkish message will likely prevail, and the NZDUSD may move to higher grounds, potentially over the 0.700 mark.

Mixed fortunes ahead for the USD

The US dollar has continued to reign supreme over most currencies despite the pullbacks it has been experiencing lately. The US debt ceiling remains a major pullback and one of the primary market risks that must be put into consideration, before stocking up the greenback.

The house lawmakers voted this week to suspend the debt ceiling through to late next year. But in order to avoid a USSS debt default, the Republicans in the senate are likely to block that measure. The GOP is focused on pressuring the democrats into reconsidering President Joe Biden’s $3.5 trillion spending package.

The joblessness claims are also on the rise, with the current figure standing slightly above 360,000. In addition, the Covid-19 delta variant is also still taking its toll on the American economy.

According to London-based research firm Capital Economics, the US may be heading into a period in which inflation remains significantly higher on average over the next decade. This is likely to put the Fed in a dilemma if employment figures fail to meet expectations.

With no significant economic release expected today, the greatest source pressure for the NZDUSD pair will continue to be the spike in US treasury yields.  In the medium term, the USD’s greatest movements will be influenced by expectations of a Fed tapering around November and potential interest rates hike soon after.

NZDUSD has been on a downtrend since the start of the week, and the weak RSI shows that the trend is likely to continue. Over the past seven days, the RSI has declined from 52 to 35, underlining a weak market momentum.

The kiwi is currently trading well below the 50% Fibonacci retracement, with the current price slightly below the 38.2% retracement level. If the bulls make some gains, they are likely to push the price to the 38.2% retracement level, which will see the NZDUSD pair rise marginally to 0.69052.  The weak RSI means that a bearish control looks more likely. The bears will likely pull the price to find the first support at 0.6865 and the second support at 0.6804.