Relationship Between Commodities and Inflation 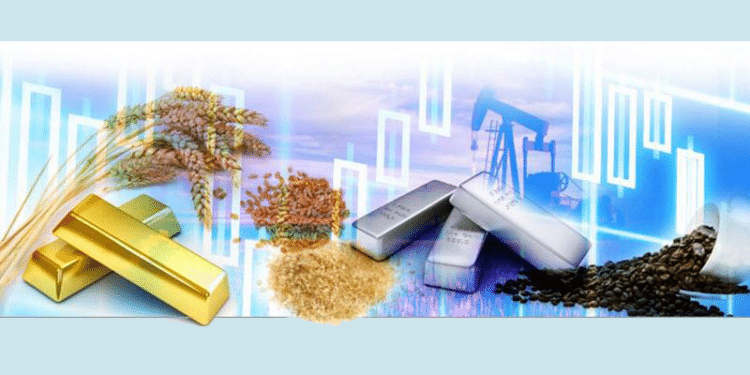 The world is in flux in many respects. At the center of this constant change are commodities such as metals and agricultural products, fueling technological innovation, and population growth. In the most recent World Bank’s commodity markets report, non-energy commodities like grains and food rose by 4.3% and 3.5% in September. Metals that are critical to today’s high-growth industries also saw significant growth during the month.

This performance is not restricted to September alone because the commodities have seen growing demand over the past decade. Perhaps because of this reason, the commodity (commodity derivatives) trading market is also experiencing strong growth.

Commodity prices and their role as inflation indicant

Over the past decade, financial markets across the world have repeatedly climbed and fell. Within this period, significant indexes like the NYSE have climbed past previous record highs more than twice. Various factors could be ascribed as the cause of this behavior, but inflation is the most significant.

Inflation has directly led to a wild rally in prices of commodities such as gold, which touched its all-time high of $2,074.25 on August 7, 2020. The last major milestone for the precious commodity was in September 2011 when one ounce fetched $1,896.50.

If you are keen enough, you will notice that this commodity tends towards record highs during periods of economic crises, especially towards the end of the recession, as efforts to contain contagion gain speed.

How is this possible? Do all commodities exhibit this behavior? Is this evidence that commodity prices indicate inflation, or is it the other way around? Let us answer these questions by first defining a commodity and inflation.

Economists think of inflation as the decline of a currency’s purchasing power resulting from an overwhelming demand pressure within an economy. The demand pressure builds because the quantity of money flowing in the economy is high. On the other hand, a commodity is a product that is often naturally occurring, and that is useful as a raw material in other processes.

No other entity causes more inflation than central banks. Mainly, this arises from their responsibility as regulators of the money supply. Let us take an example of the US Federal Reserve. This institution often mints new money to cater to economic stimulation strategies. The new money goes to snap up government debt in the form of Treasury bills.

The government immediately passes this liquidity on to consumers through various avenues but majorly via spending it on infrastructure projects. The economy is soon engorged with an excess supply of money, which results in an overwhelming demand pressure. A substantial volume of the liquidity flows into commodities like oil and gold, leading to an even more significant price bump.

The indirect effect of inflation of commodity prices is twofold. As soon as enough liquidity has flown into the commodities market and the price jump becomes unmistakable, speculators will rush in. Speculators, unlike investors, are intent on making a quick return. They buy and hold ‘hot’ assets for a short period while waiting for ‘bigger fools’ willing to pay higher for the assets.

Let us use an example. In the Great Recession aftermath, US authorities activate a debt-buying program called quantitative easing (QE). It is how it happened: The Fed prints tons of new money. The money acquires Treasury bills in the order of billions and bails out the private sector. Because there is little to no investment happening and money velocity is low, consumers find themselves with vast amounts of disposable income.

Because of the excess money supply sloshing around, people start buying gold, whose price then climbs steadily at first and then exponentially. Spotting an opportunity for quick returns, speculators start buying gold in bulk, hoping that more demand will increase or, at worst, sustain the price rally. At this point, the price of gold is increasing not because of inflation but because of speculation.

Speculation is not the only indirect way that inflation drives commodity prices up. It also happens through hedging. Remember, we said inflation devours the purchasing power of a currency. For example, you are a victim of inflation if your $4.99 that bought a three-tier burger 10 years ago can only buy a single-tier burger today. It is not that burgers’ production has become expensive but because more money is flowing around you today than before.

To insulate themselves from the destructive nature of inflation, many value investors put their money in assets that grow at the same rate or even faster than inflation. It happens that commodities like gold are a great choice. This is why, as you saw in Figure 1, the value of gold expands faster at around the same time that inflation is high.

We defined commodities as upstream products responsible for the manufacture of various downstream items. In 2009, researchers from the Department of Agricultural and Resource Economics at the University of California, Berkeley, showed that chicken price rises by about 30% with a unit increase in the price of chicken feed. It is what experts call the pass-through effect. Here is how it unfolds.

Consider a situation where the price of corn increases because of both the direct and indirect influence of inflation. Corn is a critical input in the process of chicken feed manufacture. When manufacturers of chicken feed encounter high prices for this crucial input, they transfer the higher manufacturing cost to poultry farms.

But poultry farms are not willing to absorb the price shock because they have set profit targets that they must achieve. Eventually, the farms transfer the cost to the consumer by bumping up their products’ shelf price. A price shock that started because of increased inflation finally finds its way into the pocket of a chicken consumer.

Commodities are essential to the optimal operation of the global economy. Increased inflation directly leads to higher commodity prices through excess liquidity. The rising commodity prices attract speculators whose actions exacerbate the price rally. Because of the pass-through effect, final consumers absorb the biggest impact of the price shock through inflated shelf prices.