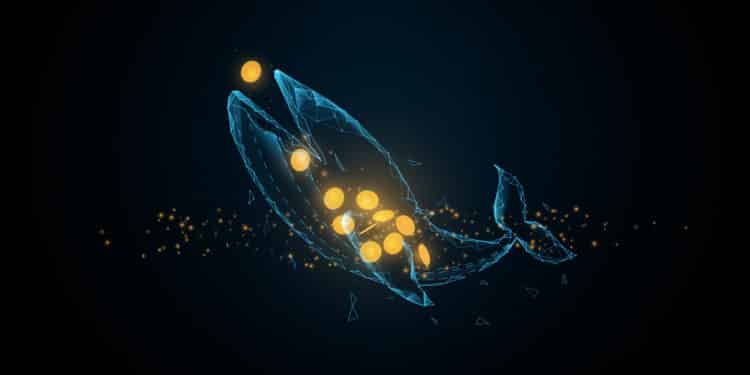 People from various walks of life participate in the cryptocurrency industry. Everyone who has a stake in the market has varied objectives and opinions, from crypto newbies who have yet to invest to billionaires with large holdings. And in other cases, a person’s crypto funds elevate them to the status of crypto whales, who are very significant players in the game. In 2017, a single Bitcoin whale, for example, drove the price to a new high of $20,000 per unit. Whales make money for themselves while influencing how other cryptocurrency investors trade. That’s why it’s crucial to get to know them and keep track of their activities.

What is a crypto whale?

In the ocean, whales are the largest creatures, and in the crypto world, there is no exception. They are individuals or entities who own or hoard the most cryptocurrency.  Although there is no clear cutoff point for this classification, several experts believe that a Bitcoin whale should have at least 1,000 BTC. The word can also refer to a company or group that owns a large number of bitcoins and thus has the ability to influence market movements.

Cryptocurrency prices are largely determined by supply and demand. When a significant portion of a coin’s supply is held out of circulation, the price of the coins that remain in circulation increases; as a result, the value of a large number of coins will drop if they are suddenly liquidated.

If they sell a large portion of their assets, the market will be under pressure, and a price drop will occur, increasing the coin’s liquidity at a lower price. They can then just repurchase their coins, as well as those of others, at a reduced price. They’ll be able to keep these coins and reduce the supply. When prices rise, the value of the coins they just bought rises as well.

The twins started investing in BTC in 2012. They were said to own roughly $11 million worth of Bitcoin in 2013, and reports circulated that they held 1% of the entire BTC supply at the time. They were involved in BitInstant, one of the first Bitcoin exchanges in the United States, in 2013. Unfortunately, the exchange was forced to close in 2018 after its founder was found guilty of fraud, prompting the brothers to file a lawsuit against him. The following year, the matter was resolved in an undisclosed manner.

He is the CEO and co-founder of Tesla (and other companies). Tesla is a company that designs and manufactures electric vehicles and clean energy solutions. Tesla bought $1.5 billion in bitcoin in 2021 with the intention of using it as a form of payment. Bitcoin achieved an all-time high of $58,000 shortly after he stated this.

Tesla sold 10% of its Bitcoin holdings in April of last year, causing investors to panic. Soon after, he sent out a tweet stating that due to the excessive energy use, Tesla would no longer accept Bitcoin payments. This decision threw cryptocurrencies into a tailspin, with Bitcoin plummeting to roughly $30,000 as a result.

Before leaving Fortress Investment Group in 2015, Novogratz was the head of a macro fund and the company’s president. According to reports, he earned a severance payment worth $255.6 million when he left the company. Today, he is the CEO of Galaxy Digital, a cryptocurrency-focused investment firm.

Mike is regarded as one of the most well-known bulls in the Bitcoin industry. His rise to prominence can be traced back to a 2018 YouTube video titled Bitcoin Please Go to Moon. His net worth is estimated to be between $700 million and $1 billion, according to Forbes. Half of that is thought to be in crypto assets.

He is the founder of the firm Draper Fisher Jurvetson, Draper University, Draper Venture Network, Draper Associates, and Draper Goren Holm. He has made significant investments in Baidu, Skype, Tesla, Twitter, and Coinbase, among other companies.

He was also an early bitcoin investor, purchasing 42,000 bitcoins for $6 each and holding them on the now-defunct Mt Gox exchange.  Draper’s entire holdings were lost after Mt Gox was hacked. Draper made headlines in July 2014 after he bought about 30,000 bitcoins seized from the Silk Road marketplace website during a US Marshals Service auction. With his present holdings, he is among the top 15% of all bitcoin investors.

Ver is one of the most well-known Bitcoin proponents, earning him the self-proclaimed nickname Bitcoin Jesus. He originally made headlines when he attempted to sell explosives on eBay and was sentenced to ten months in prison.

His Bitcoin adventure began in 2011. He’s been active in a number of firms since then, including blockchain.com, Kraken, and Ripple. He served as the CEO of Bitcoin.com until 2019, when he was promoted to executive chairman.

Ver appears on “wealthiest people in cryptocurrency” lists on a regular basis, yet his exact net worth is difficult to estimate because he manages a privately held corporation. And, of course, much of his fortune is invested in volatile cryptocurrencies. He is estimated to be worth roughly $430 million.

One cannot stop a price fluctuation if one or more crypto whales decide to make the same large move on a specific cryptocurrency. These all-powerful investors may drastically improve or completely ruin the regular crypto owner’s position in the market, whether they’re selling existing holdings or buying new ones. There are a number of crypto whales, and we’ve covered the top five in this article.