Top 6 Web 3.0 Projects and How to Invest in Them in the Crypto Market 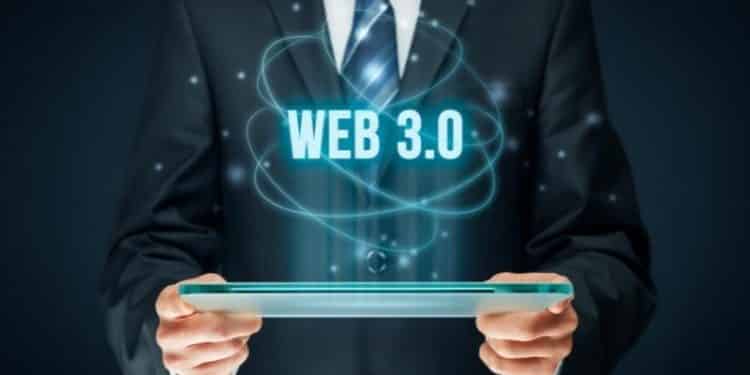 The internet as we know it has for a long time raised privacy concerns, especially of user data that is accessible by the big tech companies. The internet is slowly shifting to a model centered around decentralization to remedy this. This new phase of the internet is called Web 3.0. Though it has managed to garner traction from investors and users alike, it has also seen its fair share of disparaging comments. Famously, Tesla CEO Elon Musk and former Twitter head Jack Dorsey have expressed concerns and derogatory remarks on this new internet version.

The internet came into being on January 1, 1983. At the time, most contents on it were business websites. Individual users hardly had any input as the content was majorly static and only meant to be consumed. This lasted till around 2004 and became the first version of the internet, Web 1.0.

Come 2004, a company named Facebook was launched, and with it came the social media age. Pretty soon, there were several platforms on which individuals could directly interact with each other, as well as create content for public consumption. However, the user-generated data was still controlled by the companies that hosted these platforms, such as Facebook (now Meta) and Google. This was Web 2.0.

The internet is slowly moving to a decentralized model to shift control from the big tech companies. Most applications will be hosted on blockchains that utilize crypto, AI, and metaverses. This way, people can take ownership of their content and earn from whoever intends to use it. This is Web 3.0.

Leading Web 3 projects to invest in

Currently, Web 2 runs on networks provided by tech giants such as AT&T and Verizon. Most of the pioneer blockchain products also depend on these companies for their internet access. However, true decentralization cannot be achieved without decentralizing the hardware required to provide internet access. This is where Helium comes in.

With Helium, users buy hotspot devices and set them up in their buildings or wherever several other people will need internet access. In return, they mine HNT tokens, the native coin of the platform. This incentivizes them to set up these devices in highly populated areas. Helium uses radio technology, the proof of coverage algorithm, and is designed to support the Internet of Things.

This is a decentralized VPN that allows users to anonymously connect to the internet, all while circumventing any censorship. In return, they get awarded the native $DPR tokens, which are based on the ERC-20 and BEP-20 standards.

Other than providing top-notch cybersecurity, this platform also offers ad blockers and parental control. It is also in the process of rolling out various decentralized services such as advertising, video creation, content distribution, file sharing, and storage. It is also the first platform to join the Helium network. Using Deeper Connect Mini, users can now mine DPR and HNT tokens.

This is an open-source, decentralized protocol that allows users to store data on a blockchain for a one-time fee. You can think of it as a cab-hailing service, as it matches up users with data to save with those with free hard drive space. The platform uses sustainable endowment to ensure the data is stored permanently. It utilizes permaweb, which is a set of protocols that is powered by the native AR token. On the platform, users can store data, host various applications, and utilize smart contracts, all from their web browser. The service aims to replace cloud storage giants such as Amazon Web Services.

Here is a project that’s centered around enabling blockchain interoperability. Its goal is to enable the seamless transfer of data between different chains. It utilizes parachains, which are parallel, independent networks that are connected to the main chain, which is called the Relay Chain. The concept of parachains has introduced network efficiency and faster transaction speeds owing to the lack of congestion on this Relay Chain. These parallel networks can also support their own native tokens. This platform’s native coin, DOT, currently ranks 13th in size by market cap.

This is a platform that is meant for developers of Web 3.0 applications. It utilizes FluxOS, which is a decentralized operating system. In addition to the decentralized OS, developers also enjoy cloud computing services right on the platform. There are also several data aggregation services, one of which is the Oracle hosted service. This service helps developers access data from various blockchains.

It is important to note that this project utilizes the energy-intensive proof of work consensus mechanism, which has raised several environmental concerns. However, users with mining hardware get to earn rewards on the platform in the form of their native FLUX token. Recently, over 30 dApps were launched on Flux.

Users looking to invest in the platform can do so by offering any free hard drive space they have. This would allow them to earn FIL coins, the native token of the platform. The more storage you provide, the more FIL you get a reward.

With the current mass adoption of cryptocurrencies and blockchain-related products, the switch to Web 3.0 now seems inevitable. The good news is one can still get in on the ground floor of this revolution. This can be done by investing in any of the projects we’ve discussed and their corresponding cryptocurrencies. With the growing demand for data privacy and community control, the migration to Web 3.0 is just a matter of time.