What Next For Chainlink (LINKUSD) After 70% Pull Back? 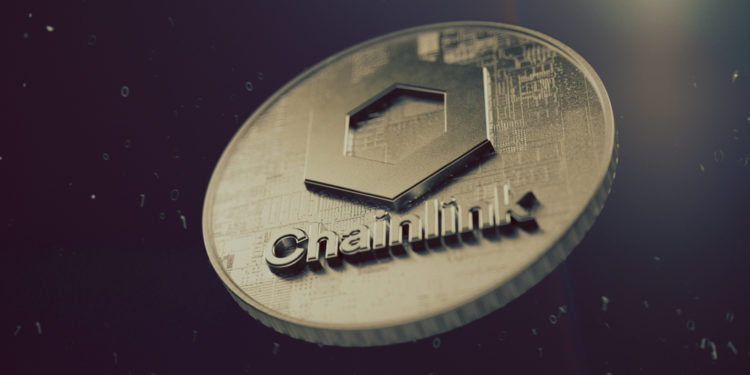 Chainlink (LINK) coin has been on a rampage in recent weeks, plunging to levels not seen in a year. LINKUSD has been one of the biggest casualties of a massive sell-off that has gripped the broader cryptocurrency market. The coin has shed more than 70% in market value since peaking to all-time highs of $52 a coin in May of last year.

A drop to the $13 a coin level leaves LINKUSD in a precarious position. After initially touching 52-week lows of $11 a coin, the pair has bounced back, signaling waning short-selling pressure. In recent weeks, the $12 a coin level has emerged as a pivotal support level.

Short sellers have struggled to fuel a drop below the support level where bulls could be eyeing potential bounce back. After the deep pullback, LINKUSD remains in a downtrend and vulnerable to further sell-offs as the overall cryptocurrency sector remains under pressure.

After the 70% sell-off, LINKUSD needs to bounce back and stabilize above the $20 a coin level to avert the risk of plunging below the $5 a coin level. On the flip side, a daily close below the $12 a coin level could result in the coin egging lower to all-time lows near the $7 a coin level.

Chainlink, just like other cryptocurrencies, has paid the ultimate price amid the risk-off mood in the capital markets. Investors shunning riskier assets and securities amid the geopolitical tensions in Europe have all but fuelled a sell-off of the Chainlink coin.

Bitcoin and Ethereum suffering 40% plus pull back from all-time highs has all but had a ripple effect in the overall industry, with smaller coins being some of the biggest casualties. The overall industry has also traded in tandem with the stock market in recent weeks.

Stocks have remained under pressure amid growing concerns that the Federal Reserve will hike interest rates at one of the worst times, going by the global uncertainties. US benchmark indices pulling back has underscored fear among the investment community, which has had a ripple effect on riskier assets such as virtual currencies.

Whenever the stock market has been under pressure, investors have also shunned cryptocurrencies, all but fuelling the sell-off of the Chainlink coin. Investors scampering for safety in safe-haven such as gold and the US dollar have left Chainlink with no investment dollars, all but giving short-sellers a leeway to continue pushing it lower.

In addition, Chainlink has suffered greatly on the US dollar, strengthening to multi-year highs. US treasury yields rallying amid expectations of a 50 basis point rate hike by the Federal Reserve has also weighed on LINKUSD, all but affirming the downtrend.

In the meantime, LINKUSD could remain under pressure going by the prevalent headwinds in the market. The risk-off mood in the capital markets amid concerns about the global economy and full-blown war between Russia and Ukraine translates to weak demand for riskier assets such as Chainlink. Additionally, the dollar strengthening across the board amid rate hikes expectations should continue to pile pressure on the LINKUSD sentiments, offering support to short-sellers.

Nevertheless, the volatile nature of cryptocurrency means that a potential bounce-back could be on the cards once the overall dusts settles. After a 70% pullback, Chainlink could be one of the coins to bounce back once the risk-on mood kicks in.