5 Lessons We Can Learn From ‘The Market Wizards’ Series: Part 1 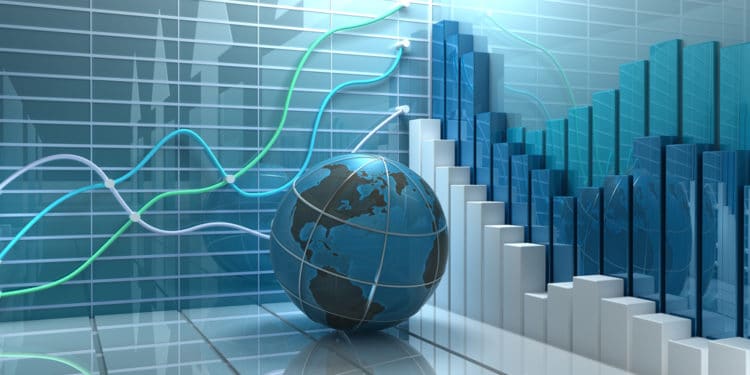 Have you ever heard about the ‘Market Wizards’ series by Jack Schwager? These trading books are among the best-selling in their niche, packed with insightful lessons applicable in virtually all financial markets. Many well-known lauded traders lent their wise thoughts in numerous interviews from the author and provided many popularized ‘quotables.’

The ‘Market Wizards’ series stands among the best-selling trading books in history, and for a good reason. Many of the quotes from the legendary traders we know, which are now gospel in the financial markets world, originally came from this series.

The interviewees in the book share jaw-dropping stories of wiping out accounts before earning big, along with the lessons they took from these experiences.

Although the original book, ‘Market Wizards: Interviews With Top Traders’ is well over 30 years old, despite the technological advancements, much of the core principles shared by these individuals are still applicable within any market setting, making it one of the best trading literature to read.

A bit about the author and the books

The first book in the series, ‘Market Wizards: Interviews With Top Traders,’ came out in 1989. The now 72-year old Jack Schwager, who himself is a futures trader and a prolific author, had the curiosity of interviewing the top minds in numerous financial markets and understanding what made them successful.

Some of these people include the likes of Bruce Kovner, Paul Tudor Jones, Ed Seykota, and Marty Schwartz, to name a few, all of whom have achieved legendary revering in all trading worlds and many of whom reappeared in later books.

The other titles in the series include:

The following five lessons come from some of the books in the series. They follow no particular order of importance or relevance but can transform the way one thinks about achieving success in trading (all images from AZ Quotes).

Lesson 1: the significance of risk to reward (Stanley Druckenmiller)

A mentee of George Soros himself, the American billionaire, was essentially referring to risk-to-reward here. This metric may be the single most important and provides the much-needed edge in the highly chaotic markets.

Risk-to-reward is not just about having winners that marginally outweigh your losses, but of equal importance, ensuring that losses are always consistent in size and never get out of control.

A trader may maintain a profitable performance over a run of trades where losses never deviate wildly from their average. However, if they neglect money management in the following positions and fail to manage the loss, this is highly detrimental and would destroy all their prior good work.

The hedge fund tycoon was plainly making points on the dangers of over-trading, which often lead to trading too many contracts’ (or, in simple terms, taking too many trades that increase your position sizes).

Over-trading can come from trading on lower time-frames, a lack of patience, and not having a trading plan dictating the average number of positions you should engage in. Consequently, trading above what your strategy should naturally offer is indeed one of the big culprits of traders losing money in the long run.

Lesson 3: being profitable even with a lowing winning percentage (Bill Lipschutz)

The above quote reinforces the idea that high winning percentages are irrelevant, meaning that the search for the Holy Grail or a near 100% winning strategy is futile as no trader wins all the time. Plenty of professional traders like Bill himself have shown records worth years with win rates below 50%.

He may have used this benchmark as the probability of any trade losing is mathematically 50%. Using the law of large numbers over an extensive sample size, the win percentage does come close to this figure regardless of how skilled and confident a trader is.

Lesson 4: the art of doing nothing (Jim Rogers)

Rogers did expand further in the actual interview where he said traders ‘always have to be doing something,’ especially when they’ve made profits. Overall, Rogers is enforcing the virtues of patience in the markets, which is arguably the most critical character trait anyone can have in many things, especially trading.

‘Doing nothing’ isn’t necessarily not being involved in the markets, but more refers to how one should spend far less time actively involved (to the point where it feels like doing nothing). We can interpret that Rogers believes in the ‘less is more’ approach.

Naturally, a trader spends the majority of their time analyzing before making an entry and far less time actually executing orders, meaning that a few trades rather than many have the most significant impact on their bottom line.

Before the quote in the image, Ed was alluding to the thought that long-term survival has much more to do with money management than anything else. So, what could he have meant by ‘very few old, bold traders?’ Old refers to a long time.

For anyone to last practically for a lifetime in the markets, they shouldn’t be ‘bold’ in their approaches. Being bold means primarily risking far too much than is necessary or having an unhealthy over-confidence about your abilities.

Thus, Sekyota must have attempted to say being bold won’t last anyone for very long. Although it doesn’t mean traders shouldn’t be confident about their skills, there is a line to be drawn where you can assert yourself while also appreciating you can never control the market.

Although the book series is at least a few decades, it boasts plenty of anecdotal nuggets that are very much applicable today. It exemplifies that despite the series beginning in an older time that lacked digital innovation, the markets haven’t changed much at all, that what drove them then is primarily what’s driving them now.

As an investor of any market, it is always insightful to read such books detailing stories of more experienced traders with years under their belt and who lived in a technologically inferior era.

GBP/USD: UK’s Strong Post-Brexit Outlook Is A Catalyst to The Pound’s Gain