An Introduction to the Wyckoff Method in Forex 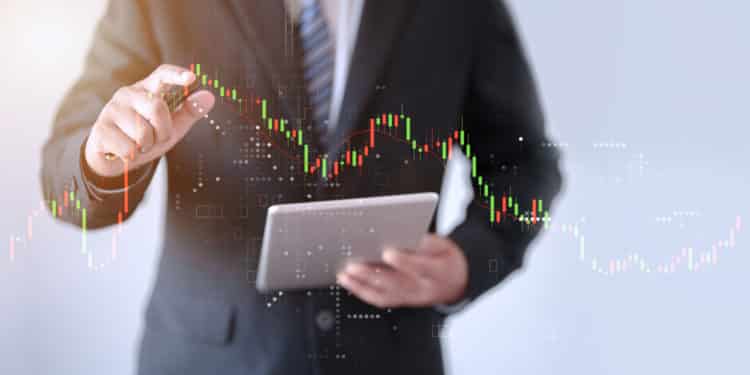 Although there is no university to teach you forex technical analysis, this endeavor is quite intricate and can seem like something out of a physics textbook. Financial markets are highly dynamic.

However, technical analysts still believe that, amidst the chaos, price action is not entirely random. We can take advantage of repeatable patterns and cycles over time once we study the charts long enough.

Technical analysis has existed for well over a century, with many influential theories still being practiced even today.

One of those propositions is the Wyckoff Theory or Wyckoff Method, created by the American stock market investor and pioneering technical analysis theorist Richard Wyckoff (1873-1934).

Along with Merrill, Elliott, Gann, and Dow, Wyckoff is regarded among the five ‘geniuses’ of technical analysis. At its core, Wyckoff’s theory is defined by particular market phases of accumulation and distribution observable on any price chart.

Moreover, the American also established fundamental laws on cause and effect, supply and demand, and more. Of course, you will find heaps of online pages and books dedicated to this theory alone.

Yet, to simplify matters, this article will be a brief introduction to this hypothesis that might inspire you to dive even further into this powerful and insightful topic.

So, what is the Wyckoff Method?

The Wyckoff Method is quite a comprehensive framework consisting of several components, explaining how any financial market functions at a micro and macro level.

To break it down into digestible parts, this theory comprises of the following:

The Wyckoff Method encompasses many things. However, to summarise, it is a theory on volume price action, the three fundamental laws, and the four market cycles.

Let’s break down what Wyckoff believed are the fundamental laws governing any financial market.

Law of supply and demand

Supply and demand are present in virtually all economic trade. If the price of a product or commodity rises, this suggests the demand exceeds the supply; conversely, the opposite is true.

When dealing with currency pairs, traders can use price action or, more significantly, fundamental analysis to pinpoint what might cause more people to buy one currency and sell another (and vice versa).

Regardless of how you view supply and demand, you will always be dealing with any of the following scenarios:

Law of cause and effect

The cause-and-effect law extends from the previous principle that supply and demand dynamics are hardly random. Wyckoff theorized that every move comes after periods of preparation fostered by specific events.

We’ll cover these cycles in a later section as they form what is arguably the most significant portion of the entire theory.

Law of effort and result

Wyckoff stated that price could only change with sufficient buying or selling effort. If market participants expect lower prices, a lot more selling occurs; conversely, if the expectation isn’t for lower prices, less selling will happen.

Wyckoff states that analysts should view this relationship by comparing volume and price.

The dominant trend will likely persist when the volume and price action are in harmony. Yet, if volume increases (more effort) yet the price action doesn’t match this, a change of direction might be imminent.

Wyckoff suggested viewing any financial security as being controlled by a single domineering entity. We should consider the Composite Man as the ‘big bad wolf,’ essentially the most prominent players.

In the context of forex, these would be represented by large financial institutions such as banks and other entities like hedge funds. The Composite Man ‘manipulates’ a market and takes advantage of the less knowledgeable investor who doesn’t understand the game.

Therefore, as a forex trader, it is wise to follow much of the behavior of the ‘big boys’ and trade in the manner they do where possible.

Now we get to the centerpiece of the Wyckoff Method: the market or price cycles. Although these cannot explain every move in forex, we can see the following four ordered phases with enough study most of the time:

Below is a diagram of the Wyckoff price cycle in basic detail.

The accumulation and distribution components of the entire cycle are simply consolidation phases.

These periods are frequently characterized by sideways or flat movements where price seems to keep ‘bouncing’ between particular highs and lows (supply and demand imbalance).

Essentially, when you see range-bound conditions, one should always expect a move in the preceding direction or a reversal that will break that range. Of course, the markup and markdown phases are the trending legs of the cycle.

It’s worth noting that during the markup stage, the price might go into a distribution period and another markup instead of straight to markdown. Overall, the whole concept is understanding how price travels in defined peaks and troughs.

The chart above is a rough example of the Wyckoff price cycle on the CHFJPY daily chart.

The last part of the Wyckoff Method is a simple five-step approach when identifying any trading opportunity.

What’s lovely about a theory like Wyckoff’s is how it attempts to explain why specific market structures play out the way they do. While initially developed for equities, this framework is applicable in virtually all financial instruments.

Whether consciously or not, traders have implemented some part of the Wyckoff Method in forex. Therefore, even if you don’t use all the principles of the theory, certain aspects of his philosophies are ever-present in the markets.

While the Wyckoff Method is far from perfect, the cycles and laws presented by the American can help you better analyze market behavior and where prices could go in the future.