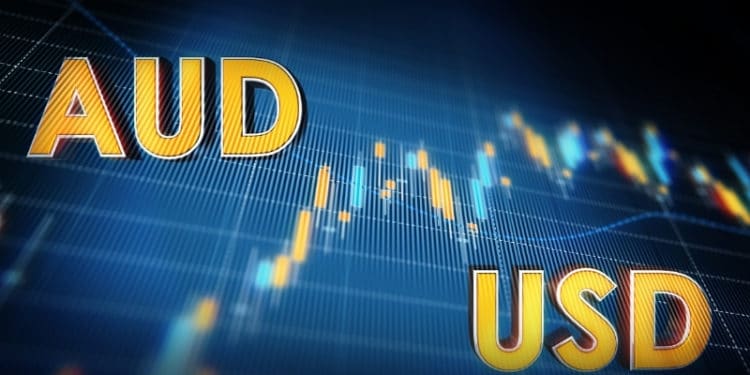 The AUD/USD price has formed a bearish flag pattern after the latest interest rate decision by the Reserve Bank of Australia (RBA). The pair is trading at 0.7795, which is 0.76% above Monday’s low of 0.7733.

It is against this backdrop that the RBA concluded its second monetary policy meeting of the year. The bank left interest rates unchanged at 0.10%, as most analysts were expecting. It also left its A$200 billion quantitative easing (QE) program unchanged.

The decision came a day after the bank decided to boost the size of the daily government bond purchases to A$4 billion. In its statement, the bank said that the decision was necessary to deal with the recent rally of government bonds.

In its monetary policy statement, the bank reaffirmed that it would continue supporting the economy. Precisely, it said that it would leave interest rates and QE policies unchanged until inflation rises to 2% and the unemployment rate drops.

In the past few days, Australia has released relatively mixed economic numbers. On Tuesday, data showed that the current account increased from A$10 billion in the third quarter to A$14.5 billion in the fourth quarter. Other numbers showed that building approvals declined by 19.4% in January, while private house approvals fell by 12.2%.

The AUD/USD is also reacting to the performance of the US dollar. The greenback has gained this week after the US Treasury bonds retreated. The closely-watched ten-year Treasury bond declined to 1.42% on Monday. Since then, it has crawled back to the current 1.434%. The Australian government bonds also rallied last week before pulling back this week.

Some analysts, including many progressives, have argued against the proposed $1.9 trillion stimulus package. They argue that the package will take the total US government to almost $30 trillion. Also, they note that the package is not necessary considering that a substantial amount of the $900 billion packages that was passed last month has not been spent.

The AUD/USD price rallied to a multi-year high of 0.800 in February. The pair then dropped sharply on Friday because of the performance of the bond market. It reached a low of 0.7695.

Therefore, there is a possibility that the pair will resume the downward trend. If this happens, bears will need to first retest the lower side of the flag at 0.7736. If it moves below that level, the next point to watch will be 0.7700.

EUR/USD Falls After Strong US and EU Manufacturing PMI Data