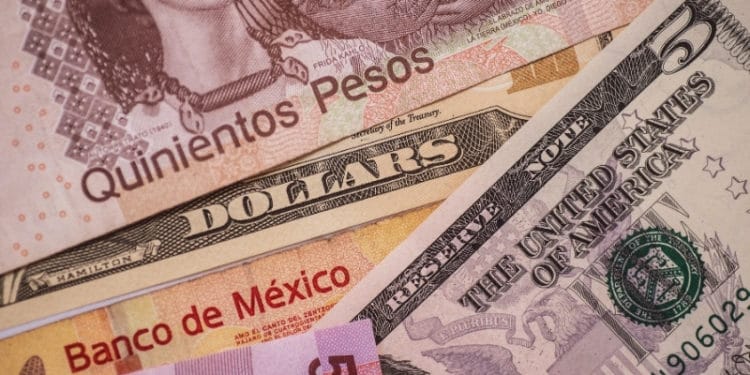 The total sale of vehicles in the US reached a yearly high in Q1 2021 despite the decrease in crude oil inventories.

Motor sales have risen by 89.35% from April 2020 to January 2021 (from 9.062 million units to 17.152 million units in January 2021). This rise is credited to the ongoing stimulus checks issued from the start of the pandemic as well as the 0% finance cost in car purchases. The USD/MXN trading pair has risen by 6.4% since the start of 2021, indicative of higher capital inflows favoring the dollar.

The pair rose 6.4% from January 19, 2021, to February 26, 2021, before facing rejection at the 21.00 zone into March 2021. The peso gained slightly after the weeklong winter freeze affected water and power outages in Texas (the closest US state to Mexico). However, the low-income conditions in Texas also affected Mexico’s production and overall output.

Analysts projected that the damages caused by the winter storm dubbed Uri would range from $195 to 295 billion. The storm affected the production of oil, food processing, and power production.

Mexico’s manufacturing PMI in February 2021 slipped 0.6% to 49.1 from 49.4 in January 2021. The index still indicates a contraction since it is below the 50-mark threshold. The contraction was attributed to declining inventories that led to a sharp deterioration of business activities. However, there was an increase in new orders, with employment rising to monthly highs after a slow-start to job creation in January 2021. Improved economic conditions in Mexico will see industrial output rise by 4.9% in 2021.

The peso may, however, come under pressure from an expected halt in production activity. The Mexican Congress approved a power reform bill that would conduct sweeping changes to energy distribution in the country. Apart from prioritizing CFE’s power generation, it would revoke permits for power self-supplies and raise purchase agreements. In a move that is seen as removing competition from private energy suppliers, the government is keen on rebranding and capitalizing on electricity generation.

Both US legislators and Mexican manufacturers have opposed the electricity reform bill as a step against the USMCA deal that was operationalized in July 2020. Under the USMCA regional trade agreement, foreign investors from the US, Mexico, and Canada can conduct business operations with minimal state influence. The bill is yet to be approved by the Mexican Senate and is poised to disrupt US-Mexico relations if passed.

The USD/MXN trading pair is looking to overcome resistance at the 22.3445 levels. There was high volatility in September 2020 and January 2021 as the peso strengthened against the dollar, pushing support towards the 19.7454 area. The ABCD pattern shows a near-horizontal price trend that supports a positive move in favor of the dollar. The trading pair may cross the 21.5000 mark in 2021 due to increasing buying activity and improving economic conditions in the US.