AUDUSD: After Weak US GDP Data, the Aussie May Find a Way Up 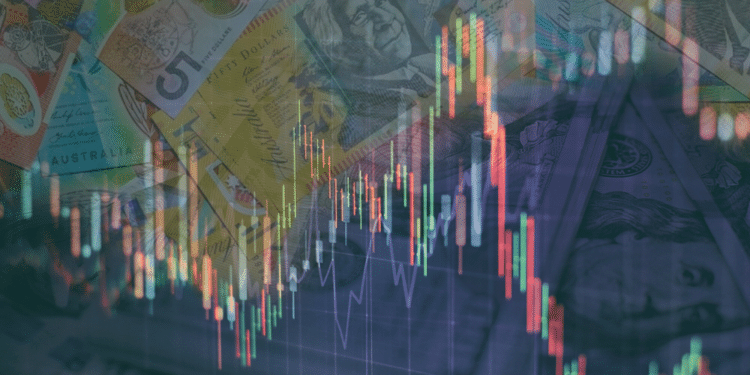 The Australian dollar failed to take advantage of the weakening USD as Australia’s Covid-19 situation continues to create sentiment about its economy’s recovery. At the time of writing, AUDUSD was in the red, shedding 0.7% of its value in 24 hours to go for 0.7343 at 1029GMT on Saturday.

The Aussie’s Covid-19 problems have been compounded by the prevailing standoff between Australia and her biggest trading partner, China. AUD is largely dependent on the commodities market, and China’s hard stance against Australian exports has meant that the currency currently lacks strong standing.

In addition, China’s recent crackdown against its $100 billion edtech sector has created panic among investors regarding possible adverse effects on the Chinese economy. A slowdown in China’s economic growth would certainly be bad news for Australia’s exports.

In the meantime, the Australian economy continues to take a  beating from the Delta variant of the Covid-19 pandemic. However, the country’s daily infection numbers are just about 200. This is a relatively small number considering the much higher numbers elsewhere, but it is still a worrying number.

The Delta variant is more virulent and spreads faster, which is a justifiable reason for the widespread lockdowns in Australia. However, the country’s poor vaccination record has drawn sharp criticism.

With just about 15% of the population fully vaccinated, many people see this as a costly mistake by the government and that the economy could have been opened if the majority had been vaccinated. With lockdowns extended in Sydney for an additional month, it is unknown when things will normalize.

For now, AUDUSD has weak US GDP data and the Fed’s reluctance to initiate tapering measures to prevent larger losses. The United States Q2 GDP fell short of analysts’ projections of 8.5% instead of growing by 6.5%. The market has also been kept in the dark as to when a change in the US monetary policy is likely to come, with the Fed Chairman Jerome Powell remaining non-committal.

Nonetheless, new macroeconomic data will be out in the new week from both the United States and Australia, and these may tilt the scales. The first significant news will be Australia’s monetary policy, to be released by the Reserve Bank of Australia (RBA) on Tuesday.

No major changes are expected, going by the RBA’s last decision, during which it announced that it would be slowing down on bond purchases. The bank is, therefore, likely to wait for the effect of that announcement to be reflected in the economy instead of taking a “panicky” decision based on the Covid-19 situation. This is likely to put a further strain on the economy and AUD.

The United States, on the other hand, will be releasing the July ADP jobs figures for the private sector, which is forecast at 600,000, down from 629k jobs created in June. On Friday, the July Non-Farm Payroll Data will be out, with analysts expecting 900k jobs.  A decline below the forecast figures could point to further trouble for the US economy and drag down USD with it.

AUDUSD pair is currently showing weak momentum, with its RSI at 36. If the market continues to be bearish against the pair, it could lose ground to find support at 0.7332. On the other hand, the buyers could push it up near the weekly median at 0.7382 to encounter the first resistance, and a further push may see it reach a 10-day high of 0.7431.