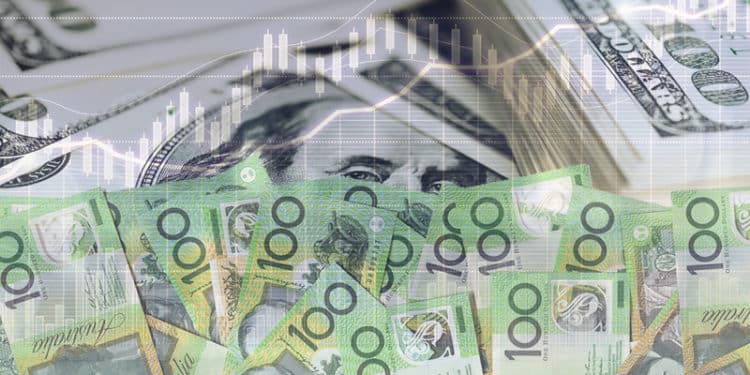 The AUDUSD price maintained its bullish momentum on Thursday morning as the US dollar remained under intense pressure. The pair rose to 0.7380, which was the highest level since August 16. The pair has jumped by almost four per cent in the past few weeks.

The Australian economy did well from a trade perspective in July this year. Data published by the Australian Bureau of Statistics (ABS) showed that the country exported goods worth more than A$45.9 billion in July. This was a 5% or A$2.09 billion increase from the previous month.

The same trend happened to imports. The country’s imports increased by 3% to more than A$33.8 billion. As a result, the trade surplus rose by more than A$1 billion to A$12.11 billion. Most of Australia’s imports and exports were from China, the country’s biggest trade partner.

Still, there are signs that this growth is starting to slow as the Chinese economy normalizes and as the Covid pandemic continues.

Data published on Tuesday by China Logistics showed that the country’s manufacturing PMI declined to 50.1 in August. A separate number by Caixin and Markit revealed that the PMI declined below 50 for the first time since April this year. Worse, this decline was a continuation of a pattern that started a few months ago.

At the same time, the prices of key commodities that Australia exports like iron ore and nickel have been relatively volatile. For example, the price of iron ore has plunged this week as steelmaking activity in China slows down.

Additionally, the country’s Covid pandemic has clouded the outlook. The number of daily cases has been in an upward trend in the past few months.

Therefore, the focus among investors shifts to the upcoming Reserve Bank of Australia (RBA) decision scheduled for Tuesday next week. The bank is expected to leave interest rates unchanged and possibly sound more dovish.

US jobs numbers ahead

The AUDUSD also rose because of the overall weak US dollar. The US dollar index has recently been under intense pressure as investors wait for the latest jobs numbers. The DXY index has also declined because of the recent dovish statement by Jerome Powell at the virtual Jackson Hole Symposium.

Data published by ADP Institute on Thursday revealed that the American private sector added just 374k jobs in August. That was a big miss from the expected additions of more than 600k. Still, historically, there is usually a big gap between figures by ADP and the Labor Department.

On Friday, analysts expect the numbers to show that the American private sector added more than 700k jobs in August after adding 900k+ in the previous two straight months. They also expect that the unemployment rate declined while wages rose by about 4%.

These will be important numbers because they will provide hints about what the Federal Reserve will do in the upcoming meeting.

The 2-hour chart shows that the AUDUSD pair has been in a bullish trend lately, mostly because of the weaker US dollar. Indeed, this pattern is significantly similar to that of the EURUSD and NZDUSD. The pair has moved above the 25-day and 15-day moving averages (MA). It is also trading at the upper side of the ascending channel while the Relative Strength Index (RSI) is slightly below the overbought level. Therefore, the pair will likely hold steady as focus shifts to the upcoming US jobs numbers.