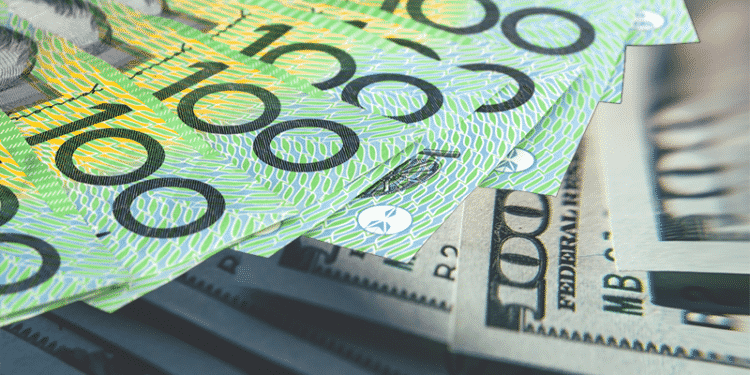 The AUDUSD price was under pressure on Tuesday morning after the latest monetary policy decision by the Reserve Bank of Australia (RBA). The pair declined to 0.7267, which was slightly below this month’s high of 0.7300.

The RBA concluded its two-day meeting and did what most analysts were expecting. The bank decided to leave interest rates unchanged at 0.10%, where they have been in the past few months. It hopes that low interest rates will help the country recover from the pandemic. As such, it expects that the first interest rate hike will happen in 2024 when inflation will constantly be above the 2% target.

The bank also maintained its quantitative easing policy intact. In quantitative easing, the bank is buying government bonds in a bid to keep money flowing through the economy. It is also making it relatively cheaper for the government to fund its operations. In this program, the bank will keep buying assets at a pace of A$4 billion per week until February next year.

Another measure the RBA is taking is known as the yield curve control. In this, the bank is maintaining the yield target of the country’s government bond maturing in 2024 at 0.10%.

The new wave of the Covid-19 pandemic has pushed the central bank to be relatively cautious. Before the wave, analysts were expecting that the bank would start tightening in the fourth quarter of this year.

The AUDUSD is also reacting to the ongoing reopening. Already, Sydney has started to reopen after the government boosted its vaccination process. New South Wales is expected to partially reopen now that the vaccination rate has risen to about 70%. The additional reopening will happen when the state’s vaccination rate rises to 80%.

Still, the biggest challenge for the Reserve Bank of Australia (RBA) is that the housing market is getting red hot. Recent data by CoreLogic showed that home prices jumped by more than 20% in the past 12 months. Another data revealed that home prices rose by 17% in the first seven months of the year.

The jump in Australia’s home prices is mostly because of the significantly lower interest rates and the rising demand from locals and foreigners. Analysts believe that the situation could run out of control and lead to a bubble that could burst.

The AUDUSD is also reacting to the rising commodity prices. The price of crude oil has jumped to the highest level in seven years after OPEC+ decided to gradually increase its production.

At the same time, coal prices have rocketed to the highest level in years as demand has risen. This is notable since Australia is one of the biggest coal exporters in the world. The prices of natural gas, copper, and iron ore have also held steady.

Rising prices is essential because it could push inflation to substantially higher levels. Indeed, a look at the bond market shows that investors are expecting inflation to be an issue for a while. The Australian dollar is often viewed as a proxy for commodities.

An Introduction to Spread Betting in Forex