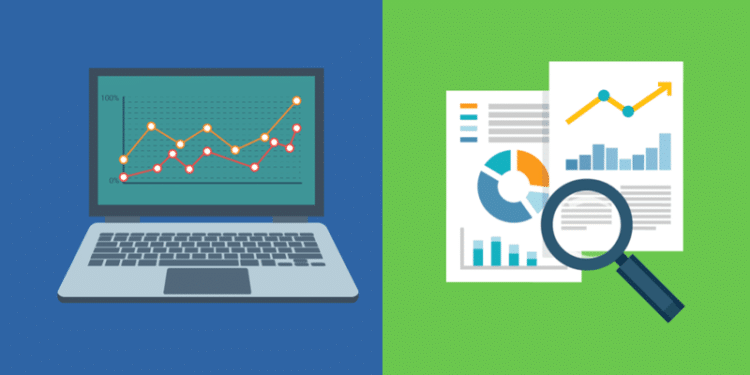 GDP trading means analyzing the gross domestic output of a particular economy, how the performance impacts the economy’s currency and using the insights to make trade decisions on a currency pair that includes the currency in question. Often, traders consider the gross domestic products (GDPs) of the two economies under each of the pair’s currency.

GDP reports: what are they?

GDP is a measure of the economic activity of a particular country. It encompasses an analysis of the value of all goods and services that the country in question has produced within a given period. A higher GDP value tells stakeholders that the economy is in good health. GDP reports are periodic releases – it could be quarterly, semi-annual or annual – through which the government communicates the health of the country’s economy.

Why do traders value GDP reports as a fundamental indicator? GDP is wide-ranging in terms of the factors it considers. Some of the factors evaluated when computing GDP; are investment and consumption. More importantly, central bankers use GDP as a primary measure in inflation, targeting, and setting of target rates.

Relationship between GDP and currency trading

In the simplest sense, currency trading entails buying one currency using another. The transaction price depends on various factors, but the main one is the relative strength of the underlying economies. For instance, one US dollar fetches 105 Japanese yens as we publish this article. Simultaneously, the GDP of the United States was $21.374 trillion as of 2019, while that of Japan for the same year was $5.082 trillion, according to World Bank figures.

As we saw in the past paragraphs, GDP indicates the health of an economy. We can add that GDP measures the relative strength of an economy. Comparing Japan’s economy to that of the US, one can see that the US economy is worth roughly 4 times greater than Japan’s. Naturally, therefore, one would expect the value of US currency to surpass that of Japanese currency. But why?

When you compare the US and Japan’s economic situation, the US gives currency traders more confidence by virtue of being the strongest economy in the world. Also, the greenback is a global standard in trade transactions, hence high liquidity. The US’s humongous GDP brings confidence among holders of the USD because the possibility of a currency devaluation is remote.

Illustrating the relationship between GDP and currency trading

Currency traders watch out for GDP report releases. Consider the EUR/USD currency pair. When the Bureau of Economic Analysis (BEA) of the US announces GDP data that undershoots estimates, traders will dump the greenback in favor of the now strong Euro. As a result, the USD depreciates while the EUR climbs (even if it remains unchanged). The net effect is the price of the EUR/USD climbing, as shown in the figure below:

The opposite is also true. Better than expected GDP data increases traders’ confidence in the US dollar. Many traders are then willing to buy the USD at the expense of the Euro. As a result, the EUR/USD price chart will change direction and begin to trend downwards as the USD gains against the Euro. A visual depiction of this scenario is shown below:

How does GDP affect currency trading?

But what exactly causes this movement? part of the GDP report is inflation data. Usually, the Fed and other central banks have set target ranges within which inflation should trend. In the US, for example, the Fed keeps the target inflation rate at 2%. If the inflation comes in at say 3%, the Fed is likely to keep interest rates unchanged.

If the data shows that the inflation rate is climbing, say above 5%, the Fed might step in and tighten liquidity in the market by increasing interest rates. The higher interest rates will attract more currency traders to the USD, and it will eventually appreciate significant rivals.

Before the GDP report comes out, traders already have performed expectations of what the data could look like. The expectations are shaped by other small-scale data like Purchasing Managers’ Index (PMI) for Services, Construction, and Manufacturing sectors. This data is released monthly, and it helps traders shape their view of what the economy might look like in the future.

These expectations move the currency market. If, for instance, the PMI for a particular month is released and it shows the signs of accelerating growth, then traders will expect great numbers during the next GDP report release. As a result, more traders will begin to take early long positions in the currency in question.

Investors expect quarterly GDP data for the US economy to come in strong because of a month-on-month growth of Services and Manufacturing PMI. Before the BEA even releases the GDP data, traders will rush to take long positions in the US dollar while anticipating a bull market. If the data meets or exceeds the expectations, then the traders’ bet will pay off massively.

If the BEA’s GDP data comes in weak, hence missing the expectations, traders will rush to offload the dollar positions in anticipation of the greenback’s decline against rivals. In short, one can argue that investor expectations generate price fluctuations in currency pairs.

GDP data is often useful when creating a strategy for long trading. The data informs you of the health of a currency’s underlying economy. An economy experiencing strong growth is likely to support a strong currency over a longer period than a weak economy. Therefore, GDP data helps currency traders see far into the future, further than what technical analysis can afford.