The A-z Of Common Forex Terminology 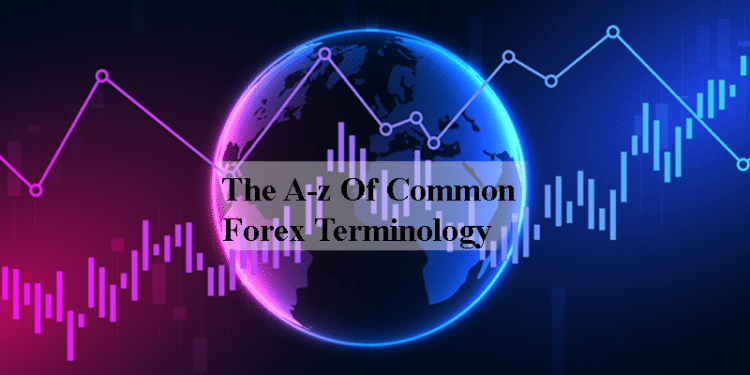 As a beginner, the more one familiarises themselves with common forex terminology, the better understanding of forex becomes. While it may seem mundane, getting to grips with simple terms can be overlooked by most traders, especially beginners. From A-Z, the terms below are the most commonly used forex trading terms:

Bear trap and bull trap: This refers to a phenomenon in the markets, known as a ‘trap’, where traders open a sell position in the expectation that price will move up, but the market immediately moves the other direction. The opposite applies for a bull trap.

Bid and ask/offer prices: This expresses how we quote prices where the bid and ask/offer represents the maximum and minimum a buyer and seller are willing to buy or sell an instrument, respectively.

Breakout: A breakout is when price moves above or below a specific price level with increased momentum.

Broker: A financial service corporation that acts as a brokerage between the markets and traders, essentially providing the platform and other related services for clients to trade forex.

Carry trade: A trading strategy that takes advantage of positive interest differentials or swaps by holding positions for several months or longer.

Day trading: This is a trading strategy that consists of holding positions and closing them before the end of the trading day.

Hedge: A position taken to offset the risk of another, which is achieving by buying one instrument and selling a different one.

Indicator: These are technical tools on charting platforms that reflect some aspect of price by using factors such as volatility and momentum.

Leverage: Interlinked with margin, leverage is the fundamental principle of many financial markets. Leverage is simply a tool offered by brokers that allows investors to handle proportionally more funds with a smaller deposit.

Liquidity: Liquidity refers to how active buyers and sellers trade a market.

Long and short: This is a colloquialism used in virtually financial markets that means buying (going long) or selling (going short) an instrument.

Margin: Interlinked with leverage, margin is the amount required to open a leveraged position.

Margin call: A margin call is a feature programmed by a broker in an account that defines an event where the trader has utilized too much margin to the point of potentially liquidating all their positions.

MT4: Short for MetaTrader 4, MT4 is the proprietary trading software licensed by the developer, MetaQuotes, and is the forex industry standard.

Pip: Short for point in percentage, the smallest measure of change in a currency is known as a pip.

Position size trading: A trading strategy that seeks to hold positions for several months or more.

Price action: This is a trading methodology that solely relies on price structure using candlestick chart patterns instead of indicators.

Pullback: Also referred to as a retracement, a pullback is a minor counter-direction move to an established trend. For example, in a bullish trend, price would retrace or pullback where the market moves in the opposite direction temporarily.

Risk-to-reward ratio: A ratio that accounts for the risk taken on a position compared to its potential reward. For example, a 3:1 or 1:3 R:R means the reward is three times larger than the risk.

Range: Also known as a sideways market or consolidation, range is a market that’s not in a defined trend state. Instead of creating new highs or lows, the market ‘moves sideways’ or in a noticeable range.

Scalping: A high-frequency trading strategy that seeks to ‘skim’ profits by opening multiple positions and closing them in seconds or a few minutes.

Spread: Typically the main cost a trader incurs regularly, the spread is the difference between the bid and ask/offer price.

Swap: The swap refers to interest either incurred or credited by a broker for keeping a position overnight.

Swing trading: A trading strategy based on holding positions for several days or weeks by taking advantage of ‘swings’ in the market.

Trend: A trend is a perceived prevalence for a market to move in a particular direction over a specific period, either up or down (uptrend and downtrend).

Volatility: This is a drastic measure of how the prices are changing in a market.

Of course, this list isn’t exhaustive, but it’s just about enough for the beginner. Understanding these terms helps new traders think more differently in their trading, forming the foundation of appreciating even more crucial concepts.

How to Benefit from Carry Trade?