DXY: Here Is the Outlook for the US Dollar Index in April 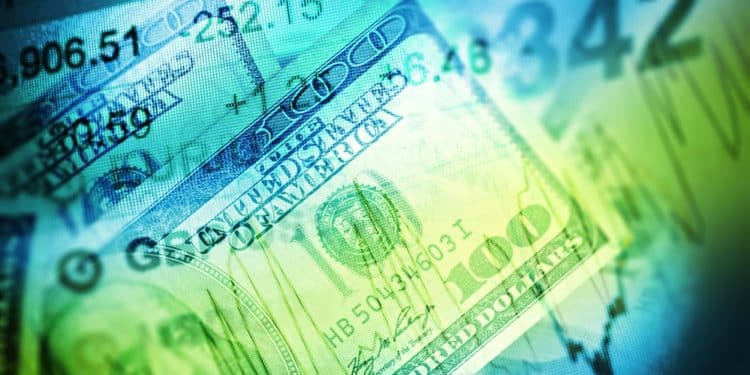 The US dollar index (DXY) rally accelerated this week as investors continued to focus on the rising US bond yields and inflation expectations. The index rose to $93.05, which is its highest level in four months.

The US dollar reversal

The US dollar was the worst-performing major currency last year as the market focused on the easy money policies by the Federal Reserve. In its response to the pandemic, the bank decided to slash interest rates to a record low. The goal was to disincentivize people and companies from saving money. Also, it was to make it cheaper for people and businesses to access capital.

The Fed also decided to launch its biggest quantitative easing policy ever. The bank has been printing $120 billion per month, rising its balance sheet to more than $7 trillion. Indeed, most of all dollars printed by the US were printed in the past few months.

An easy money monetary policy led to a risk-on sentiment that pushed investors to high-risk assets like cryptocurrencies, tech stocks, and emerging market currencies like the South African rand and the Brazilian real.

This trend has reversed this year as the US dollar index has risen for the past three consecutive months. The performance is mostly because of the recent stimulus packages passed by the American government. In total, the government has passed two packages worth more than $2.8 trillion this year. And the Biden administration is said to be considering a $3 trillion infrastructure package.

In general, all this money ought to be negative for the US dollar index because of increased supplies. However, the dollar index has surged because of the potential for high inflation as the US bond yields surge. Indeed, this week, the 10-year government bond yield has risen to 1.76%, the highest level in more than 1.74%. The other bond yields have also risen as investors start pricing in higher interest rates.

In the past few speeches, Jerome Powell, the Federal Reserve Chair, has talked about the need to leave monetary policy as is. He has pointed to the uneven recovery of the American economy, where some sectors are doing better than others. For example, companies in the technology sector have done better than restaurants.

In April, the dollar index will react to several things. First, investors will watch the progress on the $3 trillion infrastructure package. If more Democrats in the Senate support it, like they did in the previous stimulus, it will pass and push the American debt to record highs.

Second, the index will react to the latest US inflation numbers. The figure is expected to be substantially higher than in February because of the stimulus and the vaccination progress.

Finally, the dollar index will be affected by the Federal Reserve interest rate decision on April 27th. While the bank is expected to leave interest rates unchanged, the statement by Jerome Powell will have an impact on the currency.

The US dollar index has been on a strong upward trend. In March, it moved above the important resistance at $92.50, which was the highest level since March 9. The price has also moved above the 25-day and 50-day exponential moving averages, while the commodity channel index (CCI) has moved above the overbought level. Therefore, in April, the index will likely continue rising as bulls target the next key resistance level at $94.

The US Dollar Is Global. Even Sovereign Countries Use It as Official Currency