The US Dollar Is Global. Even Sovereign Countries Use It as Official Currency 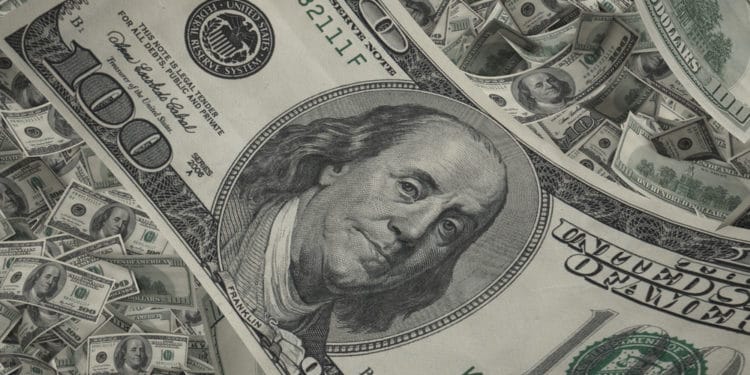 At the tail end of World War 2 (WWII), the US, which emerged as the strongest country, started the reconstruction process. Most of the target economies were European but also a few others from far-off places. Among other things, the US set up an international monetary system, which it would underwrite.

The dollar’s gold convertibility hamstrung the US government’s ability to respond to economic crises at home with radical measures. However, the likeliest pressure point that broke the arrangement was the alarming divergence between US gold reserves and US gold liabilities to foreign central banks and other entities. Subsequently, President Richard Nixon decided to scrap the arrangement in 1971.

The dollar remained strong past the gold standard

One question that must be on your mind right now is why foreign central banks have so much confidence in the dollar even when it is no longer gold-backed? The US economy towers above the rest of the world, and this strength is what underwrites the greenback’s value. Also, the dollar is among few currencies that have maintained relatively stable value over decades. Another pillar of the dollar’s value is the US geopolitical heft.

Additionally, the US has a debt market worth about $18 trillion. One can think of the US Treasuries as a top reserve asset for foreign central banks. This massive debt market enables easy liquidity of the dollar, making it hard for other currencies to compete.

By now, you should have a good idea why other countries would choose to use the US dollar as their official currency. If you are not yet convinced, how about we tell you that the bulk of international trade is conducted in dollars? For this reason, international central banks have to maintain a certain number of greenbacks as a reserve currency. Interestingly, China – the main rival for economic superiority – leads the world in terms of dollar reserves held, $3.1 trillion as of 2019.

Countries whose businesses accept the US dollar as official currency

The US dollar started circulating in the United States shortly after seceding from the British Crown. It has served as the official currency ever since. However, the current generation of dollar bills and coins trace their beginnings to around 1914 after establishing the Federal Reserve System. Other than the US, all its territories such as Guam, Puerto Rico, American Samoa, US Virgin Islands, and the Commonwealth of the Northern Mariana Islands recognize the greenback as official legal tender.

There are those countries without any special connection to the US, yet the greenback is their official legal tender. Most of these countries opted for the US dollar after their currencies were consumed by hyperinflation. Hyperinflation refers to the phenomenon where the price of a currency spirals upwards at an incredible pace such that inflation in the domestic economy rises ridiculously. Some countries such as Zimbabwe and Venezuela have recorded currency prices rising at rates of tens of thousands per year.

Whether it is due to hyperinflation or other factors, the following sovereign countries have adopted the US dollar as the official legal tender: the Marshall Islands, British Virgin Islands, Federated States of Micronesia, Democratic Republic of Timor-Leste, Republic of El Salvador, Ecuador, Republic of Zimbabwe, Turks and Caicos Islands, Bonaire, Saint Eustatius and Saba, British Indian Ocean Territory, and the Republic of Palau.

Countries whose businesses accept the US dollar alongside the domestic currency

The dominance of the US currency in global trade has persuaded some countries to peg their currencies’ exchange rates on the greenback. Another reason for this fixation is the dollar’s stability. The dollar has managed to remain in a manageable range as its value fluctuated over the years.

The American dollar is also among a few currencies to which investors run to protect their value when a crisis descends on the global economy. For example, as global markets took a beating from the coronavirus pandemic in 2020, the US dollar index soared 4% at some point in mid to late March.

Nonetheless, the dollar’s dominance of global trade is unrivaled. The perceived stability and safe-haven status of the currency is the reason why over 35 countries have fixed their currency exchange rates to the US dollar. Also, various sovereign nations without any ties to the US accept the greenback as the official legal tender.

Pros and Cons of Market Execution and Pending Orders in Forex

DXY: Here Is the Outlook for the US Dollar Index in April