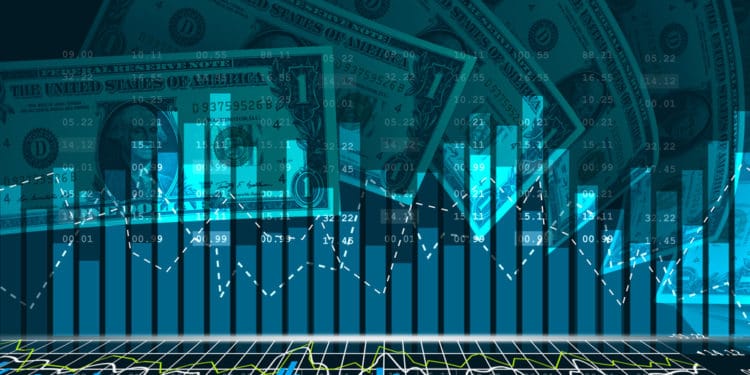 The US dollar index (DXY) broke out below a key support level as investors refocus on the upcoming Federal Reserve decision and US GDP numbers. The index declined to $92.34, which was the lowest level since July 15.

The US economy is at a crossroads. Recent data shows that the country’s economy has bounced back well from the pandemic. At the same time, the government has vaccinated millions of the population, which has led many businesses to reopen. Recent data also showed that the country’s unemployment rate fell while inflation rose to the highest level in years.

At the same time, the country is being battered by the new Delta variant. On Tuesday, the government confirmed more than 86,000 new cases, which was substantially higher than the average of less than 20,000 early in the month. While most of the daily cases are on unvaccinated people, the number of breakthrough cases has been upward. Therefore, there is a risk that some states will start issuing new stay-at-home orders if the trend stays like this.

It is against this backdrop that the Federal Open Market Committee (FOMC) held its two-day meeting. Therefore, while recent numbers have been relatively strong, there is a possibility that the bank will sound cautious. Based on its previous guidance, the bank will leave interest rates unchanged and signal that it will do its first interest rate hike in 2023.

This week’s meeting will be about the bank’s $120 billion per month asset purchase program. Before the uptick of Covid-19, analysts expected that the bank would provide guidance on when it will start to taper its asset purchases. Therefore, there is a probability that Jerome Powell will maintain a dovish or have a neutral tone.

This is also the message being sent by the bond market. After rising to 1.77% early this year, the 10-year Treasury yield has declined to 1.25%, which is the lowest level since January. The 30-year yield has also moved below 2%. This performance is mainly due to investors’ expectations of inflation to start easing, which will validate the Fed’s dovish tone. If the Fed delivers such a tone, the US dollar index will likely keep falling.

US GDP data ahead

The US dollar index is also falling as investors wait for the upcoming US GDP data that will be released on Thursday. Going by the strong numbers released in April, May, and June, there is a possibility that the US economy did well in the first quarter.

The US economic growth will be driven by robust consumer spending, as evidenced by the strong quarterly results from Apple. The company’s revenue rose to more than $80 billion, helped by strong iPhone sales. Other retail firms like PepsiCo and Philip Morris have recently published strong results.

The four-hour chart shows that the US dollar index broke out below the ascending channel as investors anticipated a dovish stance from the Federal Reserve.

The index has also managed to move below the important 50-day and 25-day Moving Averages, while the Relative Strength Index (RSI) and MACD have continued dropping. DXY is also approaching the 23.6% Fibonacci retracement level. Therefore, the index will likely keep falling as bears target the 38.2% retracement at $91.80.