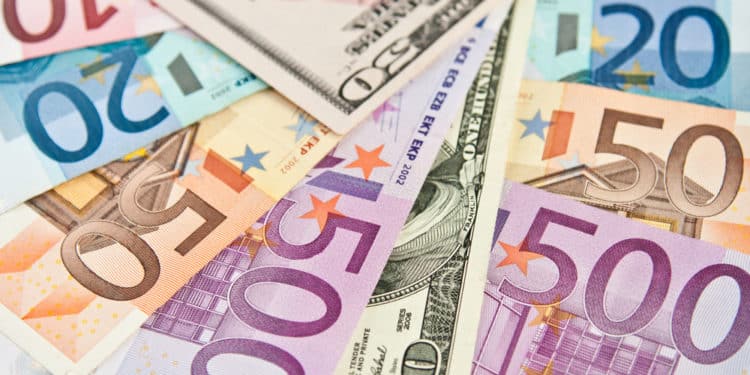 The EURUSD was in a tight range on Wednesday morning as focus shifted to the upcoming European Central Bank (ECB) decision. The pair also reacted to the relatively strong US consumer confidence data. It was trading at 1.1600, which was lower than this month’s high of 1.1666.

The ECB will start its day meeting on Wednesday and deliver its October decision on Tuesday. This will be an important meeting mostly because the bank did not meet in September. As such, investors will be watching closely at the change of tone by Christine Lagarde and her team.

In this meeting, the bank will likely provide hints about the timeline for ending its large-scale asset purchase program. Some members of the bank have recently talked about the need to scale back these purchases considering that the bloc’s economy is doing relatively well.

In a September statement, Lagarde said that the ECB was significantly away from boosting interest rates. However, the bank also said that the current inflation is transitory, which some analysts believe is wrong.

Recent data showed that the Eurozone inflation surged to a 13-year high of 3.7% in September this year. This trend will likely prove to be not transitory considering that the cost of energy is rising. Oil prices rose to the highest level in 7 years this week while natural gas is comfortably sitting above its all-time high.

Therefore, with the rate of unemployment in most countries falling and with inflation rising, there is a likelihood that the ECB will change its mind soon. Besides, its strategy launched this year called for inflation to remain at 2.0%.

While the ECB is the main game in town for the EURUSD this week, the pair also reacted to data from the United States. On Tuesday, data by the Conference Board showed that the country’s consumer confidence rose from 108 in September to 113 in October.

This increase was better than what most analysts were expecting. It was also the first time in three months that confidence had risen in the US. Confidence is an important gauge in the economy because consumer spending is the biggest part of the American economy.

The EURUSD also reacted mildly to the strong rebound of new home sales. These sales rose by more than 14% in September after they declined in the previous month. Just last week, the US released strong existing home sales numbers, signaling that the housing market remains steady.

Corporate earnings have also been relatively strong. Data from Microsoft and Alphabet showed that their sales and profits did relatively well in the third quarter.

The three-hour chart shows that the EURUSD formed a triple-top pattern at 1.1666 this month —  a bearish sign. The pair managed to move below the chin of this pattern at 1.1616. It then retested it in what is known as a break and retest pattern. Therefore, the path of the least resistance for the pair is to the downside. The next key level to watch will be at 1.1550.

Guide on How to Trade Forex Using a Smartphone