GBP/USD: Path of Least Resistance Remains to the Downside 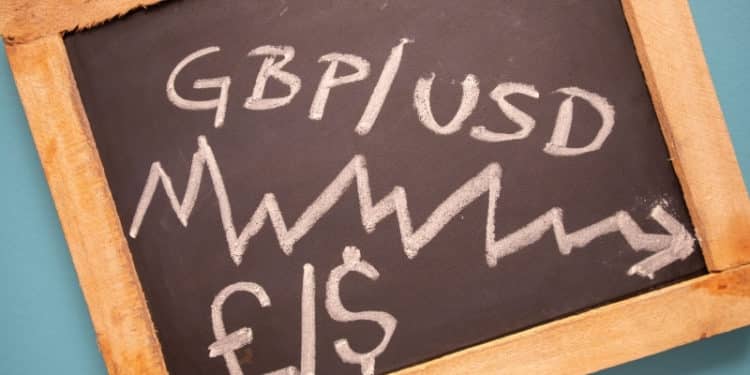 The GBP/USD tumbled to the lowest level since February 5 as investors reflected on the latest UK employment, inflation, and Purchasing Manager Index (PMI) numbers. It is also reacting to the Jerome Powell and Janet Yellen statements and the relatively weak US durable goods data.

The Office of National Statistics (ONS) has been relatively busy this week. On Tuesday, the agency published the somewhat mixed UK jobs numbers. The data showed that the country’s unemployment rate declined from 5.1% in December to 5.0% in January, even as the government implemented a major lockdown.

In general, the UK unemployment rate has done better than that of its peer competitors. For example, the US and EU unemployment rates are above 6% and 8%, respectively. This performance is mostly because of the government furlough program that will run until September this year. Analysts expect the rate to rise to about 6%.

Wages also continued to improve in January. Wages with and without bonuses increased by 4.8% and 4.2%, respectively. This improvement was mostly because of many companies that offered higher salaries to their employees who were working during the lockdown. Still, like in all countries, millions of people in the UK remain out of work because of the pandemic.

On Wednesday, the ONS published relatively disappointing consumer inflation numbers. The country’s annualized inflation declined from 0.7% in January to 0.4% in February. Economists were expecting the prices to rise to 0.8%. The ONS attributed the weak reading to weak clothing and automobile prices. Clothing weakened by 5.4%, the sharpest decline in more than ten years as more people stayed at home. Core consumer prices declined from 1.4% to 0.9%.

Still, analysts believe that inflation will rise going forward as the government accelerates the vaccine rollout and as crude oil price rises.

Further data by Markit showed that business output has accelerated in March. The manufacturing PMI increased from 55.1 in February to 57.9 in March, helped by rising demand and business optimism. Similarly, the services PMI increased from 49.5 to 56.8 as many service providers like hotels and restaurants started to reopen. Later this week, the GBP/USD will react to the latest UK retail sales numbers and a speech by Andrew Bailey.

Meanwhile, the GBP/USD is also under pressure because of the overall strong dollar. As shown below, the US dollar index has jumped by more than 3% from the lowest level this year. It has risen by more than 1% in the past five days alone. This performance is due to the stabilizing bond yield market. This week, the ten-year bond yield fell from a 14-month high of 1.74% to 1.64%.

The bond market is cooling after Jerome Powell, the Fed chair, reiterated that the bank will not hike interest rates since the economy is undergoing an uneven recovery.

The GBP/USD has been forming a parallel channel that is shown in green below. The support and resistance levels of this channel were at 1.3776 and 1.400, respectively. The price downward trend is being supported by the 50-day and 25-day moving averages. It also moved below the second support of the standard pivot points. Therefore, at this stage, the path of least resistance for the pair is lower. If this happens, the next key level to watch is the third support at 1.3595. However, we should not rule out a retest of the first support at 1.3775.