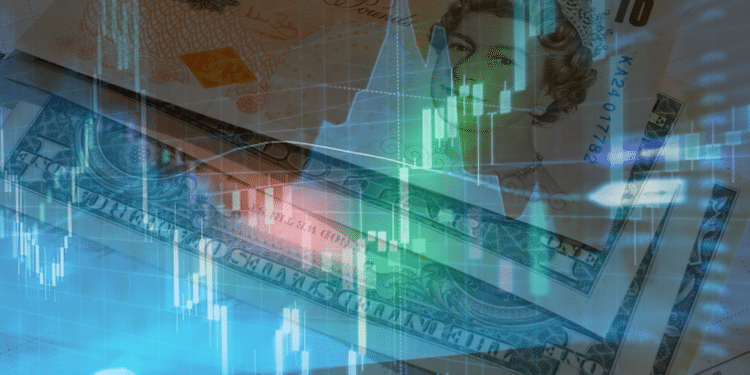 However, as we have moved on to the 21st century, the dynamics of GBPUSD have changed significantly. USD now has more and more say in the dynamic of the pair as the US has emerged as the largest global economy.

Central banks have risen in prominence, especially after the 2008 currency crisis. A number of other factors such as geopolitics and money supply are playing a major role as compared to just global trade.

FX trading has also significantly evolved, with transactions happening at lightning speed via electronic trading. FX markets are also now open round the clock, which means any event happening across the globe will be instantly reflected in the price.

So let us understand in detail the fundamentals of GBPUSD.

During the 2008 crisis, central banks came up with another weapon to prop up the economy – quantitative easing (QE). Prior to QE, the primary tool that central banks used to control the economy was interest rates. Lowering the rates would mean that the cost of loans would go down, and returns on your bank deposits would fall as well. This means people would borrow and spend more, thus boosting the economy.

However, during the 2008 crisis, there was a massive credit crunch. This meant that despite record low rates, people were not borrowing because there was no money to lend. To address this issue, central banks across the world led by the Federal Reserve resorted to quantitative easing. This involved buying bonds and pumping cash into the system in return. This meant that the banks were flush with liquidity.

A repeat of the same is being witnessed as a response to the recession-induced by the 2020 coronavirus pandemic. The Federal Reserve has accumulated hundreds of billions of dollars in assets over the past several months. Due to this, the USD strength has been kept in check. Although, recently, there have been talks of tapering these purchases over concerns about inflation. Tapering means that the dollar strength might see a boost should the Federal Reserve decide to slow its purchases.

The Bank of England, on the other hand, seems to be racing ahead to taper first. The UK economy is expected to grow the fastest among developed economies. This would mean that the central bank can ease off its stimulus ahead of other countries. Should this happen, GBP would be aggressively bid by market participants, and we can see a sharp price rise in GBPUSD.

It is important to keep track of the actions of the Federal Reserve and Bank of England along with the GDP growth and inflation numbers of both countries.

The world is seeing the start of a new cold war, where one faction is led by the US and the other by China. This is leading to increased confrontations among the nations. Since military actions are costly and risky, most countries are resorting to economic warfare, with trade war being the key tool here.

The US and China imposed several tariffs on one another over the past few years. The UK, too, has taken actions such as banning China’s Huawei over government backdoor concerns. There have been concerns over China’s human rights record in Xinjiang and Hong Kong, which has led to both the US and the UK confronting China.

China has massive bilateral trade with most developed nations. As a result, any sanctions or restrictions on trade have a sharp impact on the currency. Post Biden’s election, things have calmed down a bit, but newer issues have emerged, such as China’s threats on invading Taiwan. Any risk-off news on the geopolitics front typically leads to a flight to safety, which in the currency world means a flight to USD.

Domestic politics, too, play a big hand in FX swings, as seen during Brexit. The unexpected referendum saw one of the sharpest corrections in GBP history, as the sterling fell against all major currencies.

The UK government has been led by the conservative party since 2010, lending some sort of policy stability. However, Boris Johnson’s handling of the Covid-19 crisis has led to some erosion of support for the party. A regime change in the next election scheduled to be held in 2024 might negatively impact the GBP.

For the US, Trump’s tumultuous tenure was a clear example of how critical domestic politics is in predicting the movement of a currency. USD saw a volatile ride throughout the tenure as the Republican leader indulged in the trade war, pulled out of the Iran nuclear deal, and failed to pass a healthcare policy. Currently, both the House and the Senate are held by the Democrats. So, Democrat President Joe Biden is finding it relatively smooth to implement policy.

The key here is that higher uncertainty means weaker currency, so it’s worth keeping an eye on the domestic politics of these two countries in order to track the GBPUSD.