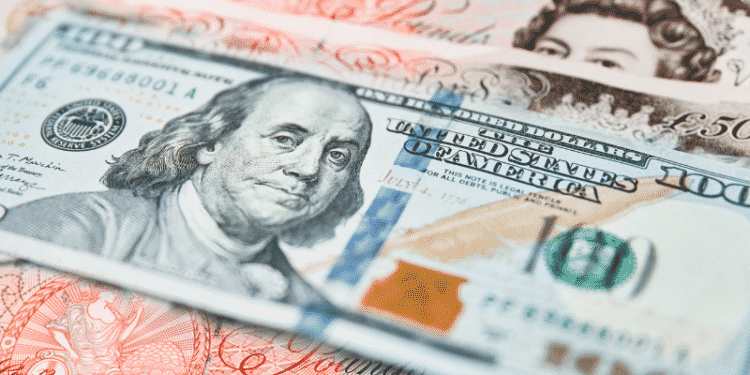 The GBPUSD pair declined sharply on Thursday and Friday as the market reflected on the latest interest rate decision by the Bank of England. The pair declined to a low of 1.3495, which was about 2.45% below the highest level in October.

The UK economy has emerged from the Covid-19 pandemic more than most of its peers. Indeed, it is estimated to have the fastest recovery among the G7 countries.

Recent data confirm this. On Tuesday, numbers by the Nationwide Society showed that home prices continued to surge in October. In total, home prices have risen by more than 21,000 pounds since the pandemic started.

The strength of the housing market has been helped by low mortgage rates and the decision by the government to place a stamp duty holiday on purchases.

The services sector has been strong, helped by the country’s vaccination and the reopening of hotels, pubs, and restaurants. The manufacturing sector is also showing strong recovery, but it is being held hostage by the supply shortages.

The UK inflation is at elevated levels while the unemployment rate has declined substantially in the past few weeks. It currently stands at about 4.5%, which is lower than that of many countries.

Therefore, it is against this backdrop that the Bank of England (BOE) held its meeting this week. The outcome of this meeting sent shockwaves in the bond market. It also led the GBPUSD pair to drop to the lowest level since October 1.

Before the meeting, many analysts were expecting that the bank will sound a bit hawkish. Besides, the UK economy has made a significant recovery in the past few months.

Still, the bank said that it now believes that it will hike interest rates soon. It also expects that inflation will rise by about 4% in October and that it will rise to about 5% in November.

The BOE decision was relatively different from that of the Federal Reserve. In its meeting on Wednesday, the Fed decided to taper asset purchases. It also hinted that it will start hiking rates in 2022.

The next key mover for the GBPUSD pair will be the upcoming US jobs numbers. The data, which is expected to come on Friday, will show that the country’s unemployment rate declined in October while the labor participation rate improved.

The GBPUSD pair has been in a strong bearish trend in the past few weeks. The pair’s sell-off accelerated on October 29th when the pair moved below the key support level at 1.3700. It then made a break and retest pattern a few days later. In technical analysis, a break and retest is usually a sign that the breakout trend will continue.

The pair has moved below the 25-day and 50-day moving averages, while the Relative Strength Index (RSI) has moved to the oversold level. Therefore, the pair will likely keep falling as bears target the next key support at 1.3400.

What Is a Lot Size in Forex?