Geopolitics, COVID-19, and the Suez Canal Crisis Are the Major Market Movers for Today 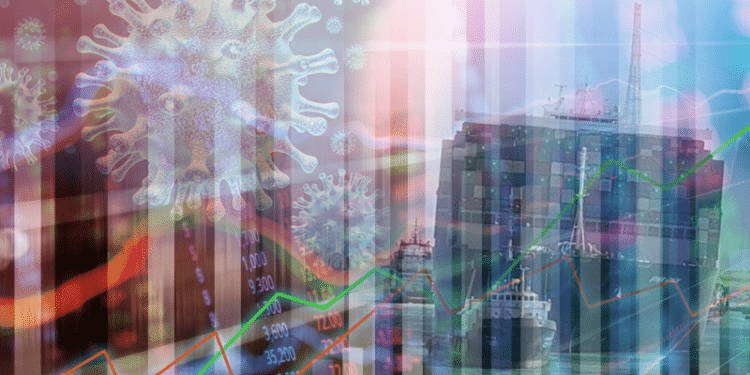 Recently, US President Joe Biden pronounced China as the main antagonist in the push-and-pull between democracy and autocracy. Although some commentators view such comments as laughable, there is no doubt that the ongoing geopolitical competition between China and the US could destabilize global financial markets.

With China sitting in the second position in terms of economic superiority, its currency, the yuan/renminbi, is critical in global forex. Early Monday, the yuan experienced the worst sell-off in a year on the back of continued sparring between two great powers. After weeks of sideways trading, the yuan broke above the 100-day moving average after about seven months.

The EUR is in a precarious position

Of late, the EU has taken to casting its lot with the US. A week ago, the EU and other US allies slapped many sanctions on several high-ranking officials in the Chinese government. The Chinese did not hesitate to respond in kind. The latest round of hostilities is likely to deteriorate the existing economic relationship between China and the EU, which could be hurting the EUR.

The EUR opened Monday trading with a resumption of the downtrend experienced for much of this year. The EUR/GBP pair was trading at 0.85111 at the time of writing – levels last seen in late February 2020, at the height of the pandemic-caused panic.

The Deepening COVID-19 crisis likely to hurt the euro more

Geopolitics is a small part of the headwinds blasting the euro. The latest reports indicate that the COVID-19 situation in Europe is spiraling. In Germany, the government has set April 18 as the deadline for easing lockdown measures currently in force. While announcing the extended deadline, Angela Merkel, the German Chancellor, pleaded with her country’s people asking them to cooperate with the government to break the third wave.

France is also in the red, with the health ministry reporting rising cases in many parts of the country. A Le Journal du Dimanche report reveals that hospitals could begin to be overwhelmed in the coming days. Already, parts of France are partially locked down, extending to the rest of the country soon.

Germany and France’s situation is likely to spread to other EU countries, which is creating jitters among investors. If the entire EU descends into a crisis, then a possible mass sell-off of the common currency could be in the works.

The news came in early Monday morning that the container ship jamming the Suez Canal had partially refloated. Whether the development will lead to the canal’s unblocking or not, the market is already in full scramble mode to exploit the news. Intraday trading data shows the price of WTI sunk 2.04% premarket trading to $59.48. However, the price had recovered to $61.61 (up about 3.53%) at the time of writing.

According to the Suez Canal Authority (SCA), efforts to refloat the 400-meter-long ship are ongoing, and hopefully, shipping activity could resume by Monday noon. The canal is a busy waterway, and a substantial amount of global trade relies on its efficiency. Oil prices are likely to recover further once the pile-up of ships at both canal ends starts depreciating.

Pros and Cons of Market Execution and Pending Orders in Forex