Gold Price Prediction Ahead of US Inflation Data 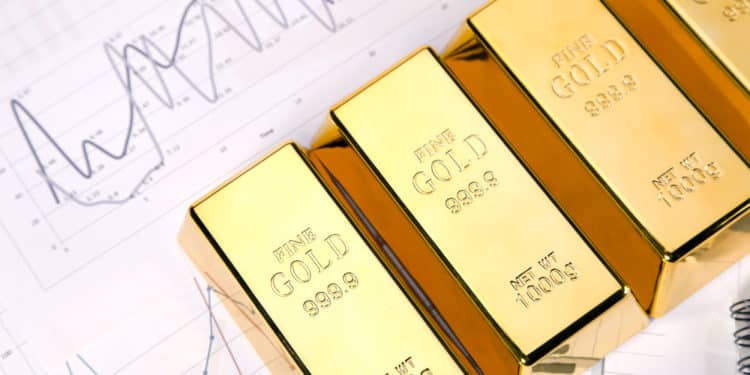 The gold price has been in a tight range in the past few weeks as the market reflects on the Omicron variant and the hawkish tone of the Federal Reserve. It is trading at 1,780, which is about 1.12% above the lowest level last week.

In November, the Federal Open Market Committee (FOMC) met and decided to unwind the $120 billion a month quantitative easing policy. It started to reduce the number of purchases by $15 billion per month. At the time, the goal was to end the purchases by June next year. Most importantly, the bank insisted that inflation was transitory.

Now, it seems like the Fed is changing its mind as the Omicron variant spreads. In testimony last week,  Jerome Powell said that the bank would drop the term transitory in its future statements. He argued that the Omicron variant would lead to more supply chain disruptions, which will lead to higher consumer prices.

In the same testimony, he said that the Fed would accelerate the pace of quantitative easing (QE) tapering. It is still unclear how much the cuts will be. However, there are expectations that the bank will aim to end its QE program in the first quarter of 2022. Powell’s comments were supported by several Fed officials, like Mary Daly and Raphael Bostic.

Monetary policy has an impact on the price of gold. That’s because, unlike other metals, gold does not have a major industrial use. Instead, most gold that is mined is bought by central banks and institutional investors who see it as a hedge against inflation.

US inflation data ahead

The gold price also reacted mildly to the relatively mixed jobs numbers from the United States. The numbers showed that the economy added about 234k jobs in November. This was a huge disappointment since analysts were expecting the economy to add more than half a million jobs.

Still, there are some positive signs about the US economy. Data published in the past two weeks have shown that initial jobless claims have declined sharply. The weekly claims have dropped to where they were before the pandemic started.

At the same time, the country’s unemployment rate has declined to about 4.2%, which is the lowest level since the pandemic started. Wages are steady while the number of vacancies has risen across the country.

Gold will next react to the latest American inflation data scheduled for Friday. Economists expect the numbers to show that the consumer price index (CPI) rose from 6.2% in October to 6.7% in November. This will be the highest level in more than three decades. Gold is often seen as a hedge against inflation.

However, there are signs that inflation has peaked. For example, the price of crude oil and natural gas have dropped by double-digits in the past few weeks. Other commodities have also declined, which could translate to lower prices.

The chart shows that the price of gold has been under pressure in the past few weeks. The metal’s price has dropped by more than 5% from its highest level in November. Along the way, it has declined slightly below the 25-day and 50-day moving averages. It is also at the same level as the 61.8% Fibonacci retracement level.

On the weekly price chart, we can observe a wedge formation that started taking shape in the second half of the year with a $1700 price level serving as support, with the lowe highs touching the descending trendline.

The further movement will be shaped by the inflation data. The gold price will not break out of the formation, though, which is confirmed by the volume of trades that has been gradually declining ever since the first wave of the pandemic in 2020.

If the upcoming inflation data are above the estimates and the market does not receive new hawkish signals from the Fed, the gold will move up and may touch the trendline with a high at $1830-ish. In case of the inflation data being below the estimates, the price may grind below $1760.