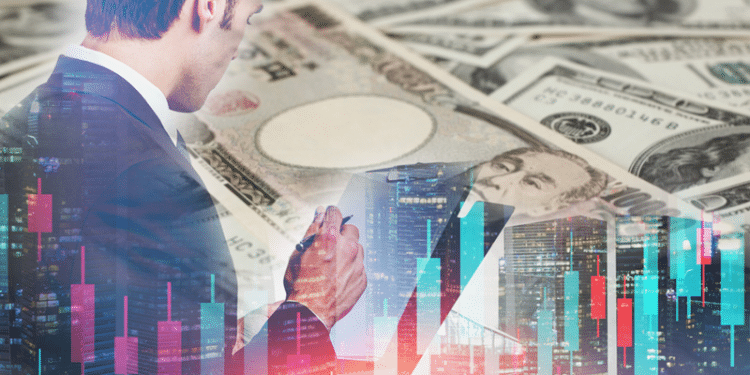 The Japanese yen is on the back foot at the start of the week as the US dollar continues to strengthen across the board. The greenback has maintained its strong tone against the majors as a safe haven in response to rising COVID-19 cases threatening to derail the global economic recovery.

While the yen does attract bids in times of uncertainty as a safe haven, it was under pressure early Monday morning after the Japanese Cabinet Office left the monthly economic assessment unchanged. The cabinet leaving the economic projections unchanged for the third month continues to raise concerns, sending the USDJPY higher amid dollar strength.

However, the pair appears to have hit strong resistance at the 110.02 level from where it retreated.

The pair faces strong support near the 109.83 level. A breach of the support level could result in yen bulls sending the pair lower, probably the 108.50, a critical support level.

The government leaving the economic outlook unchanged is already signaling signs of further economic pick up amid monetary policies. However, the threat of a spike in COVID-19 cases is still in play which could rattle Japan’s economy and consequently trigger yen weakness.

The Canadian dollar is another major currency under immense pressure against the greenback. A plunge in oil prices near the $70 a barrel level is already taking a toll on the Canadian dollar sentiments, consequently sending the USDCAD pair higher.

USDCAD is flirting with three months highs above 1.2756 amid CAD weakness across the board.

The rally in the USDCAD pair comes at the backdrop of dollar strength fuelled by a spike in COVID-19 cases worldwide. OPEC members reached an agreement to boost oil supplies shook the oil markets, consequently fuelling weakness on the Canadian dollar

Given the strength of the upward momentum, the USDCAD pair could power to five-month highs above the 1.2700 level on Canadian dollar weakness persisting.

Oil prices dropped below one week’s lows after OPEC overcame member division and agreed to boost output. The Members have agreed to boost supply in a bid to stem a further spike in prices that had initially rallied to two and half month highs.

OPEC has reached new production quotas for several members starting from May 2022. The increase came a year after the members reached an agreement last year to cut output by a record 10 million barrels a day to counter a significant drop in demand owing to COVID-19 shocks.

US stocks are under immense pressure after weeks of massive rallies that saw indices rally to record highs. US futures were lower on Monday morning, pointing to a slow start of the week after the major indices posted a rare weekly loss in more than four weeks.

The losses in the equity market came amid growing concerns about rising inflation which is fuelling the suggestion that the FED could hike interest rates sooner than later. However, economic data has been stronger, affirming economic recovery in the aftermath of the COVID-19 pandemic.

In the cryptocurrency market, Bitcoin is yet again under pressure at the start of the week. BTCUSD plunged below the $32,000 level, touching lows of $31,110 over the weekend.

With the bearish bias in play, the flagship cryptocurrency could plunge to $30,000 given the lack of catalysts needed to fuel a bounce back.

Getting Started With Forex Trading