Non-Forex Market Correlations For Currency Pairs Every Trader Should Know 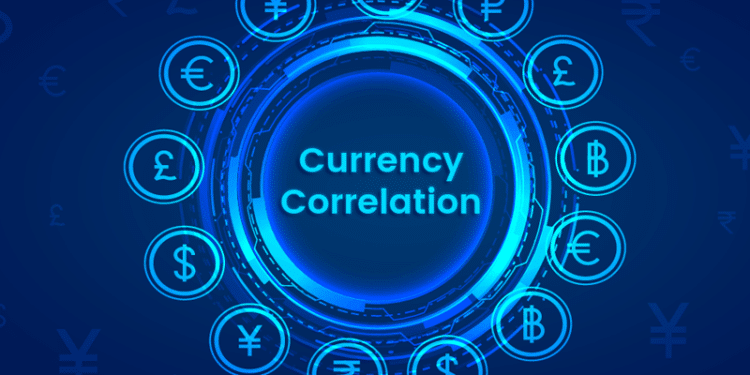 One of the greatest advantages of forex from a technical standpoint is the power of correlations. Since we express currencies in pairs, we can find discrepancies in the weakness or strength of one currency versus another. Unlike, for example, more individual instruments like commodities, we can better understand what moves a pair overall by comparing its complement.

Even if we’re using fundamental analysis that seeks to understand what drives an individual currency, we still cannot ignore the counterpart in the currency pair. Many traders have preferred to look at several non-forex market correlations as their fundamental analysis for simplicity purposes. Using these correlations is an advanced form of technical analysis with the benefits of looking at external factors that hold weight in forex movements.

When using non-forex market correlations, we are typically looking primarily at commodities and indices markets. These instruments are easily accessible on most trading platforms and the media at large, which is why they’re so favored. We’d be observing what moves the currencies that make up the major pairs, namely USD (US dollar), EUR (euro), GBP (British pound), JPY (Japanese yen), CAD (Canadian dollar), NZD (New Zealand dollar) and AUD (Australian dollar).

As with anything else, there can be numerous markets that all impact one currency. There isn’t necessarily one market that has a consistently high correlation with another as these change frequently. Though here, we’d be observing one market with proven cases of a noticeable relationship with the currency in question.

It’s only natural to begin with USD, being the most widely traded currency and one that forms part of all traders’ portfolios. One non-forex market that mirrors USD almost identically is the USDIndex or dollar index, and there are good reasons why.

The dixie, as it’s colloquially known, is a trade-weighted index that measures the value of the USD dollar against a basket of currencies that are trading partners of the United States. As expected, most of these currencies form the major pairs, namely EUR, JPY, CAD, GBP, and CHF. There is a positive correlation between the dixie and USD, meaning that the dollar tends to moves in tandem with the dixie.

The GER30 index or DAX (Deutscher Aktien IndeX) has an interesting relationship with the euro and Swiss franc. More specifically, EUR/USD and USD/CHF tend to move in opposite directions partly for two reasons: the dixie effect as explained and also because of DAX.

DAX is an index consisting of the largest top 30 German companies traded on the Frankfurt Exchange. The logic behind the euro association is that Germany trades in this currency, and they are one of the dominating economies in the Eurozone. When the DAX performs well, that increases euro transactions, making the currency more valuable (and vice versa). The Swiss franc has the negative correlation since if the euro is doing well, EUR/USD follows that performance; and in turn, with CHF being the quote currency in USD/CHF, this pair would move opposite to EUR/USD.

Similarly to DAX, JPN225, also commonly referred to as just the Nikkei, is an index made up of the top 225 Japanese stocks listed in the Tokyo Stock Exchange. Since these brands have a massive bearing on Japan’s overall economy, when the Nikkei does well, investors feel bullish about the Japanese yen, meaning there is a positive correlation (and vice versa).

Similar to the DAX, the footsie has a positive correlation with the price of pound sterling (GBP). The FTSE 100 index (Financial Times Stock Exchange Group 100) index comprises the 100 most valuable enterprises listed on the London Stock Exchange. As a rule of thumb, there typically is a positive correlation between GBP and the footsie since the index is one of the influential indicators of the UK’s economy.

Understanding the relationship between Canada and oil is simple. Since Canada is one of the largest oil producers worldwide, the price of oil has some bearing to the Canadian dollar. Therefore, we can conclude a positive correlation between the two instruments.

Australia is also a big player in producing a commodity, though, this time, gold. The currencies of both Australia and New Zealand could be considered almost the same as both nations stem from the same continent. As with any commodity-producing nation, the price of gold tends to move in a positive correlation with AUD.

We should conclude that numerous other non-forex markets greatly affect a specific pair. The markets provided are generally the easiest to comprehend, and they’ve historically had evident correlations with these currencies. However, depending on the time-frame one observes and their trading strategy, correlations can be ‘out of sync’ anywhere from minutes to months.

If traders desire a more detailed correlation analysis, several correlation tables exist where they can compare the mathematical correlation percentages of countless markets across different time-frames as needed. Observing each of the charts mentioned above simplifies matters and gives one influential market per currency that traders can follow to find an edge.

How To Transform Your Smartphone In A Trading Terminal: Top Forex Trading Apps