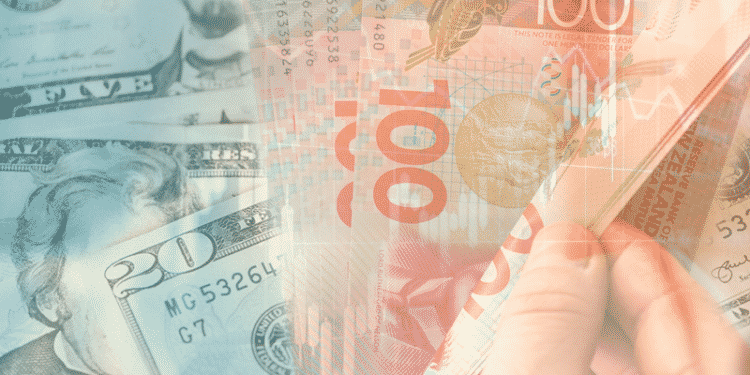 The NZDUSD price dropped for the second straight day even after the relatively hawkish Reserve Bank of New Zealand (RBNZ) decision. The pair dropped to 0.0.6925, which was substantially lower than this week’s high of 0.6980.

The New Zealand economy is doing relatively well even though the new wave of the virus has helped to slow the growth.

On Wednesday, the RBNZ concluded its meeting and decided to hike interest rates by 0.25%. This was in line with what most analysts were expecting. Indeed, the bank was to do its first hike in August as the country started experiencing a new wave.

By hiking interest rates, the RBNZ becomes the second major central bank to do so. In September, the Norges Bank decided to hike rates as the country experienced a strong recovery.

Other larger central banks like the Fed, Bank of England, and the European Central Bank (ECB) have decided to maintain their easy-money policies. They have left interest rates low and continued with their asset purchases even as inflation surges.

The RBNZ ended its quantitative easing policy a few months ago. In the accompanying statement, the bank said that it expects that the economy will record a strong rebound in the near term. Besides, the number of Covid cases has fallen while the country has ramped up its vaccination efforts.

It expects that the overall rate of inflation will rise to 4.0% in the near term as energy prices rise and the logistics challenges remain. Still, it expects that consumer prices will normalize to about 2% in the coming months.

The RBNZ decision came a day after the Reserve Bank of Australia (RBA) delivered its interest rate decision. The bank left interest rates unchanged and continued with its asset purchases.

US jobs numbers next

The next key catalyst for the NZDUSD will be the upcoming US jobs numbers. On Wednesday, the ADP Institute will publish the latest private payrolls numbers. Economists polled by Reuters expect the data to show that the country’s private sector added more than 400k jobs in September.

The NZDUSD pair declined slightly after the hawkish decision because the rate hike was already priced in by market participants. On the two-hour chart, the pair had formed a double-top pattern at 0.6982.

The chin of this pattern was at 0.6930 while the price has moved below the 23.6% Fibonacci retracement level. It is also below the 25-day and 50-day moving averages. Therefore, the pair will likely keep falling as bears target the next key support at 0.6850.