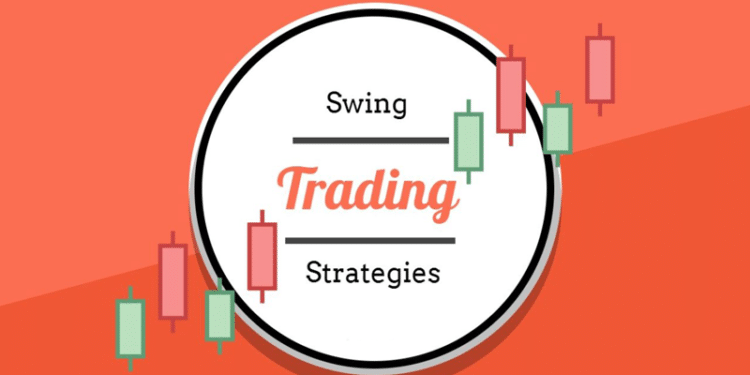 Swing trading is an approach where traders focus on accumulating gains within a few days or weeks. The approach is different from day trading because traders are not mostly focused on very short-term movements. The strategy can be used in trading all assets, including stocks, currencies, commodities, exchange-traded funds (ETFs), and even bonds. In this report, we will look at some of the most popular swing trading strategies for beginners.

As the name suggests, trend following is made up of two main parts. First, there is a trend, which refers to the overall direction of an asset. In general, an asset can move in an upward, downward, or sideways trend.

In an upward trend, the goal of the trader is to buy low and sell high while in the downward trend, the goal is to short high and exit low. Second, there is the following, which simply refers to trade in the direction of an existing trend. Trend following is also known as momentum trading.

Trend following is based, in part, to the scientific principles suggested by Sir Isaac Newton. In his studies, he suggested the Newton law of motion, which suggests that an object will remain in motion unless it finds an opposite force. Trend followers don’t like timing the market. As such, they scan the market for an existing trend and ride it to the end.

Trend following is mostly a price-action-based strategy, meaning that it can be done without the use of technical indicators. However, most traders prefer using a combination of indicators to confirm when a trend and a reversal is forming. A popular approach is to use two exponential moving averages as shown in the USD/ZAR chart shown below. Generally, a buy and sell signal emerges when the slow- and fast-moving averages crossover.

Elliot wave is a strategy that was developed by Ralph Elliot in the 1930s. Ralph was an accountant, trader, and author who published several books. He came up with the idea of the Elliot wave after studying charts for several years. Today, the Elliot wave approach is one of the most common swing strategies in the market.

The basic idea behind Elliot wave is that assets tend to move in waves. When the asset is in an upward trend, he suggested that the asset moves in 5 waves, which he called impulse waves. In these five waves, the asset usually have two correction areas, that are known as corrective waves.

The Elliot wave has several principles. First, the first wave starts following a sharp decline of an asset’s price. In most cases, it usually starts when the asset forms a double bottom pattern. Second, the second wave cannot go back to the start of the first wave. Third, the third wave is always the longest of the five waves. Finally, the fourth wave cannot retrace 100% of the third wave.

The Elliot wave strategy is usually used in conjunction with the Fibonacci retracement, which is a tool found in most trading platforms. A good example of the Elliot wave is shown in the GBP/USD pair below.

Breakouts are popular swing trading strategies that are relatively easy to implement. A breakout is simply a situation where an asset’s price moves from its consolidation phase and forms a new trend. A consolidation is a period where the asset tends to make no major movement.

There are several approaches to breakout trading. The most popular is to identify the consolidation pattern. Some of these patterns are wedges, triangles, and pennants.

A wedge is made up of support and resistance levels that move in the same direction while narrowing. A rising wedge happens after a strong rally when indecision returns in the market. Similarly, a falling wedge happens after a strong decline in an asset’s price. A breakout in a wedge pattern happens when the two support and resistance lines converge. The chart below shows how a bearish breakout happened after a rising wedge converged.

A pennant pattern happens when there is a small triangular-shaped pattern after a strong upward or downward rally. The pennant happens because of indecision between bulls and bears about the direction of the asset. A bullish pennant tends to breakout higher when the triangle nears its convergence zone. The chart below shows two bullish pennants.

A channel is another swing trading strategy popular among traders. A channel is a period when an asset trades between two parallel levels. These levels are known as support and resistance and can happen horizontally or diagonally. The goal of a swing trader is to identify these channels and buy at the support and sell at the resistance. The support and resistance levels are drawn by connecting two or more swings. A good example of a channel strategy is shown in the chart below.

In the example above, the goal of the trader is to buy when the price moves to the support and short when it tests the resistance levels. Obviously, the main challenge of a channel strategy is that it is often difficult to predict when a breakout will happen.

While swing trading is a popular strategy, it also comes with several risks. First, the strategy has overnight risks, meaning that a pattern can change when you are asleep. For example, a central bank can make an unscheduled announcement, which could affect the arrangements of the patterns. A good example is in 2015 when the Swiss National Bank (SNB) removed the Swiss peg on the euro.

Second, at times, a thesis can be invalidated. For example, in the pennant example above, the price can breakout lower. Therefore, we recommend that you practice the best risk management strategies in swing trading. These include always having a stop loss or a trailing stop and sizing your trades well.